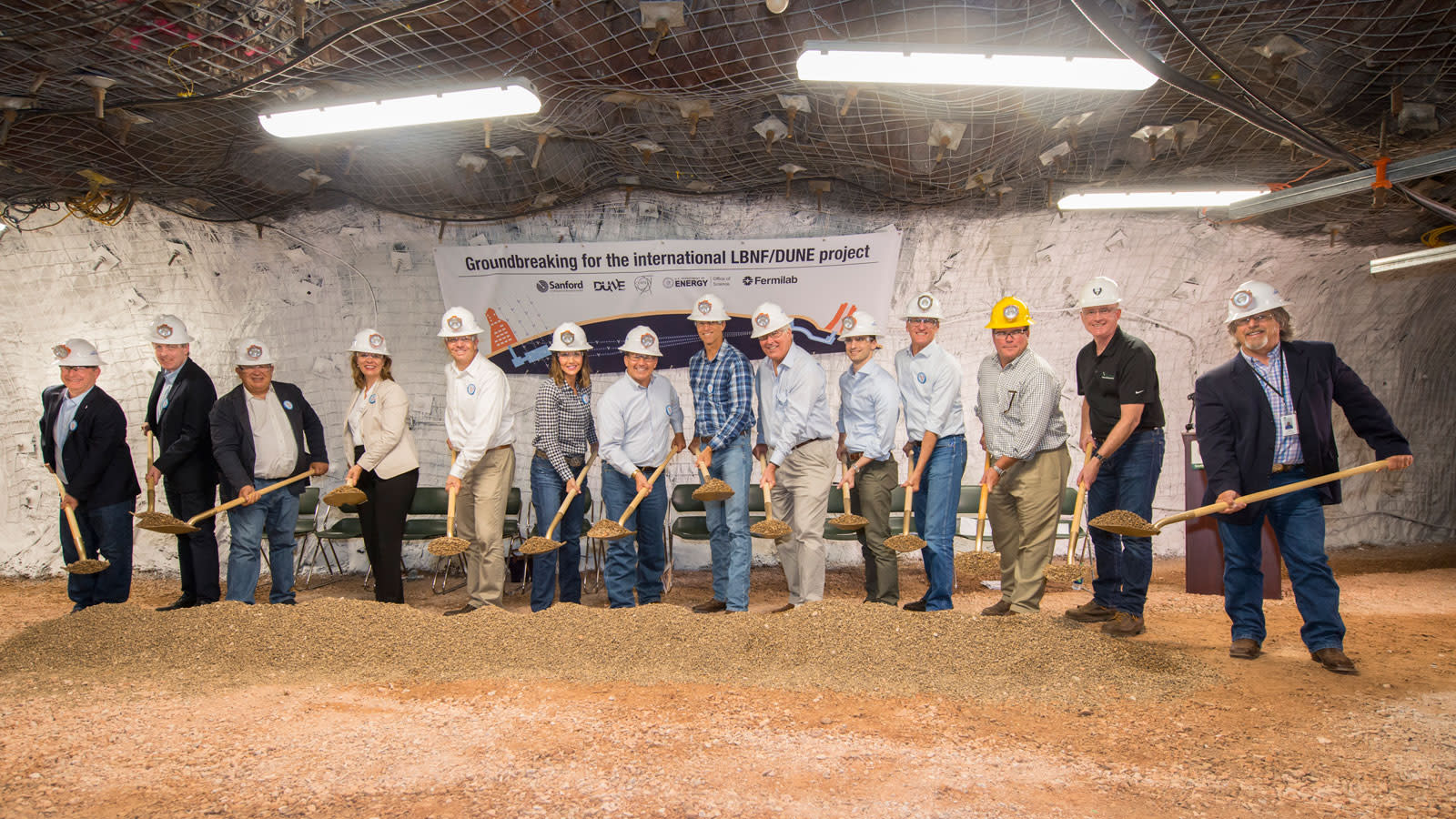 Neutrinos are notoriously difficult to understand, but work is underway to know them a little better. Researchers have officially broken ground on the Long-Baseline Neutrino Facility, the home to the international Deep Underground Neutrino Experiment. When it's finished 10 years from now, the South Dakota project will be the largest-ever US experiment built to study the subatomic particle -- teams will remove 870,000 tons of rock to create the caverns needed for the facility's centerpiece liquid argon detector. All that excavation should pay off, though, as it promises to shed light on some of the mysteries of the universe.

The facility will look for changes in neutrinos shot from both Fermilab (near Chicago) as well as exploding stars. Differences between neutrinos and antineutrinos could explain why the cosmos is dominated by matter, for instance. And looking to the stars could both help detect phenomenons (such as the births of black holes and neutron stars) and explain whether or not protons ever decay. Ultimately, it could help establish a unified scientific theory that explains... well, everything. However much time and money it takes to build LBNF, it could pay huge dividends down the road.

In this article: deepundergroundneutrinoexperiment, dune, fermilab, gadgetry, gadgets, lbnf, long-baselineneutrinofacility, neutrino, particle, physics, science, space, tomorrow
All products recommended by Engadget are selected by our editorial team, independent of our parent company. Some of our stories include affiliate links. If you buy something through one of these links, we may earn an affiliate commission.