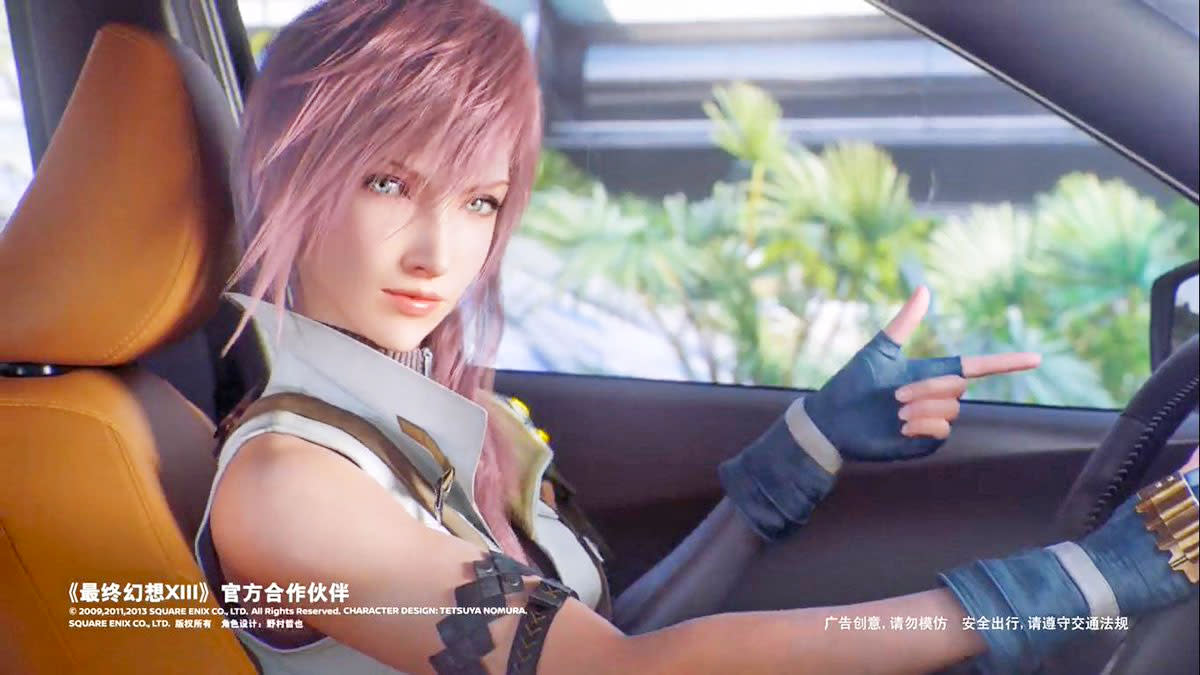 Final Fantasy character Lightning has landed herself another ad campaign. She's already hawked Prada and Louis Vuitton and now she's moved from the fashion world to the auto industry. Lightning appears with Snow Villiers -- who was also in the Prada campaign -- in an ad for Nissan.

In the video, two people hop into a Nissan and the passenger throws on some VR goggles, which turns her driver into Snow. The drive then becomes a VR adventure for the passenger while the driver makes faces like he's driving in some sort of epic setting even though he's just on a normal road and not experiencing anything out of the ordinary. The ad then shows off some Nissan features before the driver and passenger switch, and as the guy slips on the VR headset, his driver turns into Lightning.

The ad is a little weird, but I think the overall message is that if you don't want to ride around with whoever you're with, just throw on some VR goggles and hang out with a Final Fantasy character. But just make sure you do it in a Nissan.

In this article: FinalFantasy, gaming, gear, LouisVuitton, Nissan, prada, transportation, vr
All products recommended by Engadget are selected by our editorial team, independent of our parent company. Some of our stories include affiliate links. If you buy something through one of these links, we may earn an affiliate commission.