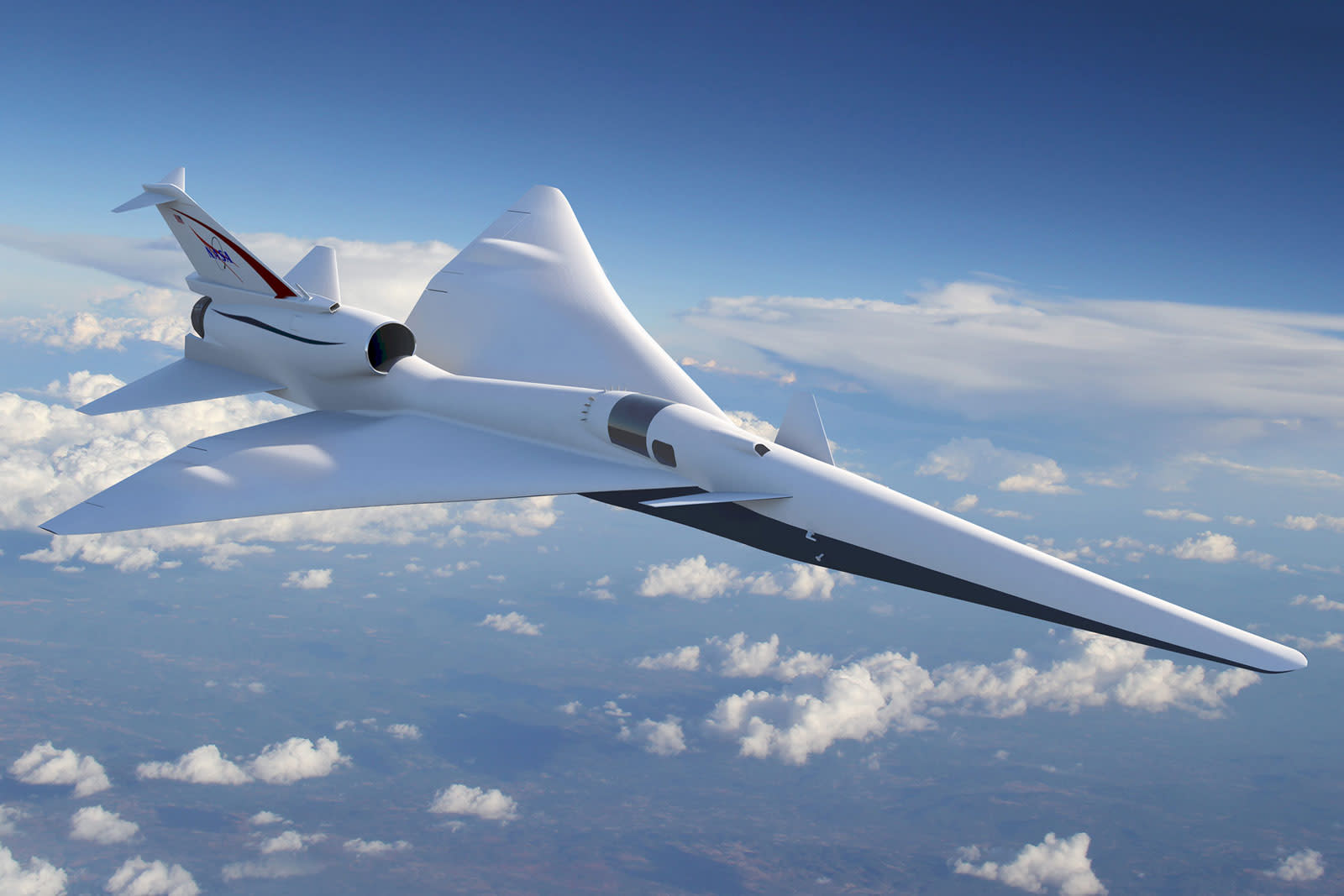 NASA's dreams of a quiet supersonic jet are one step closer to fruition. The agency tells Bloomberg that it'll start taking bids to build a larger (94-foot) real-world demo version of the aircraft that it tunnel-tested in June, and we now have a clearer sense of how well it'll perform in real life. The design is expected to reduce noise to no more than 65dBa, which is exceptionally quiet for an aircraft -- co-designer Lockheed Martin likens it to the inside of a luxury car. That would make it safe to fly just about anywhere. The Concorde, by contrast, was an assault on your ears at 90dBa and was limited to overseas flights.

The larger prototype will fly as high as 55,000 feet and manage its supersonic speeds despite running on just one of the two engines you see in the F/A-18 Hornet. In practice, it could cut the flight time from New York to Los Angeles in half, to 3 hours.

NASA has already outlined plans to fly the finished aircraft by 2020 (including over populated areas), and already has funding for the first year of its 5-year roadmap. This isn't the same as a passenger aircraft, alas, but not to worry. The organization plans to hand out the knowledge from its tests to private manufacturers, some of whom (such as Boom Technology) already have plans for supersonic passenger jets. It won't happen for a long while, but there should be a day when a flight across the country no longer chews up most of your day.

In this article: aircraft, flight, gear, jet, lockheedmartin, nasa, quesst, supersonic, TL18NASA, transportation
All products recommended by Engadget are selected by our editorial team, independent of our parent company. Some of our stories include affiliate links. If you buy something through one of these links, we may earn an affiliate commission.