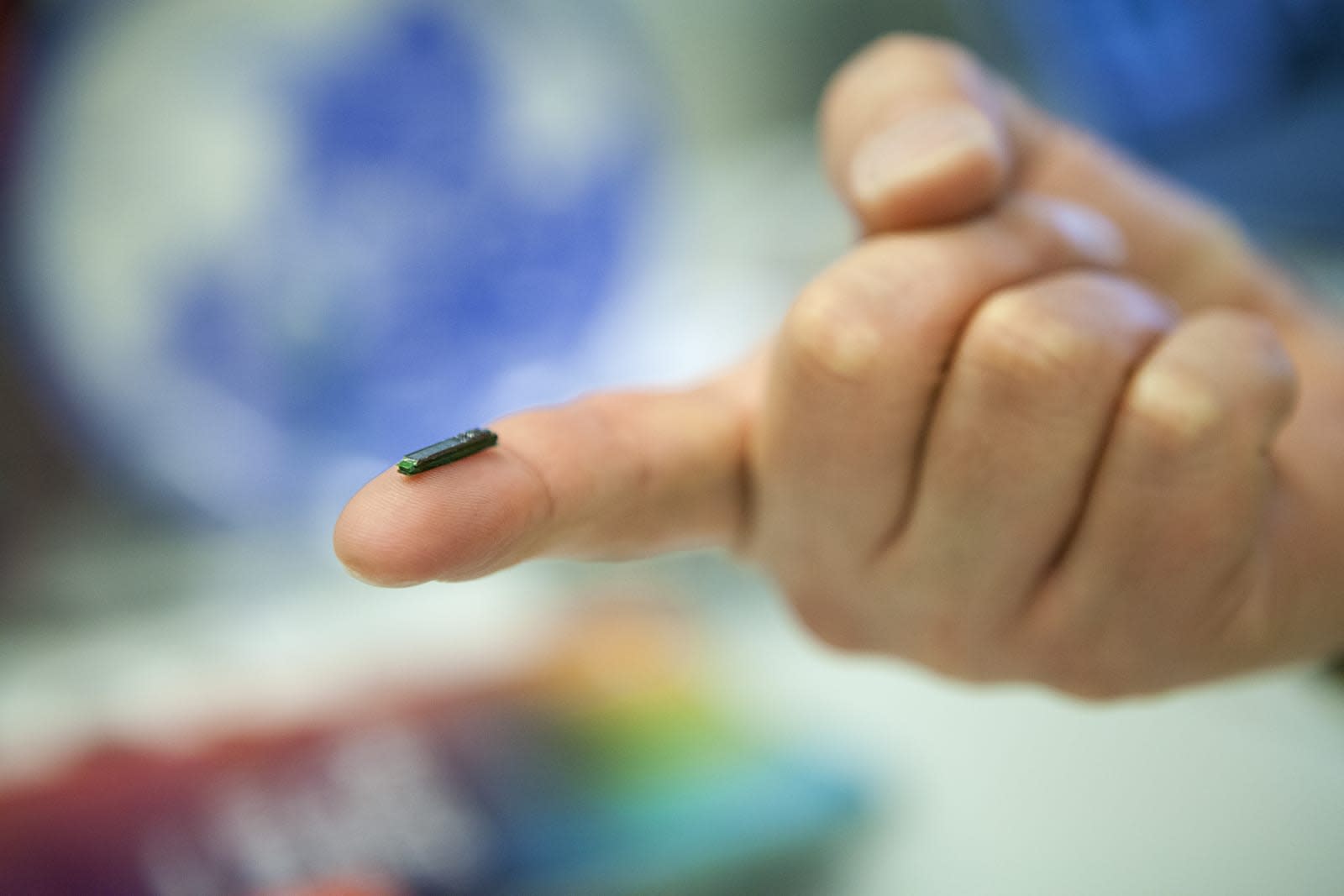 Don't assume that companies chipping employees is usually the stuff of dystopian science fiction -- it's here... although it's better than it sounds. Wisconsin's Three Square Market is giving employees the option of receiving a rice-sized implant (not pictured above) that will handle authentication for just about everything at work. It's the first such company-wide move in the US, Three Square claims. The chip will handle payments for food in the break room, front door access and even PC sign-ins. It promises to be very convenient, but it's easy to see why people would balk at an idea that sounds Orwellian at first blush. Three Square at least appears to be addressing some of those issues, but there are still some problems that are difficult to escape.

There's no GPS tracking, the company says, and all your data is encrypted. Also, you're not stuck with this chip forever -- reportedly, you can "pop it out." This isn't some permanent tracker meant to enforce corporate loyalty, in other words, and hackers can't literally get under your skin. It's really just a substitute for your credit card and security passes. Workers seem to be enthused by the idea, too, as over 50 of Three Square's employees have volunteered.

Still, we can see some inherent flaws. Since it's an implant, it means you're always carrying the keys to a treasure trove of company resources. Someone could make you grant access to the company or your work PC against your will, regardless of what you're carrying. And there's still the reality that you're implanting a chip to make life easier at one firm. The stigma associated with chipping may be overblown, but you do have to ask whether or not it makes sense to get an implant (even a removable one) that will be useless the moment you switch jobs.

In this article: chip, gear, implant, implants, payments, privacy, security, shopping, wearables, wisconsin
All products recommended by Engadget are selected by our editorial team, independent of our parent company. Some of our stories include affiliate links. If you buy something through one of these links, we may earn an affiliate commission.