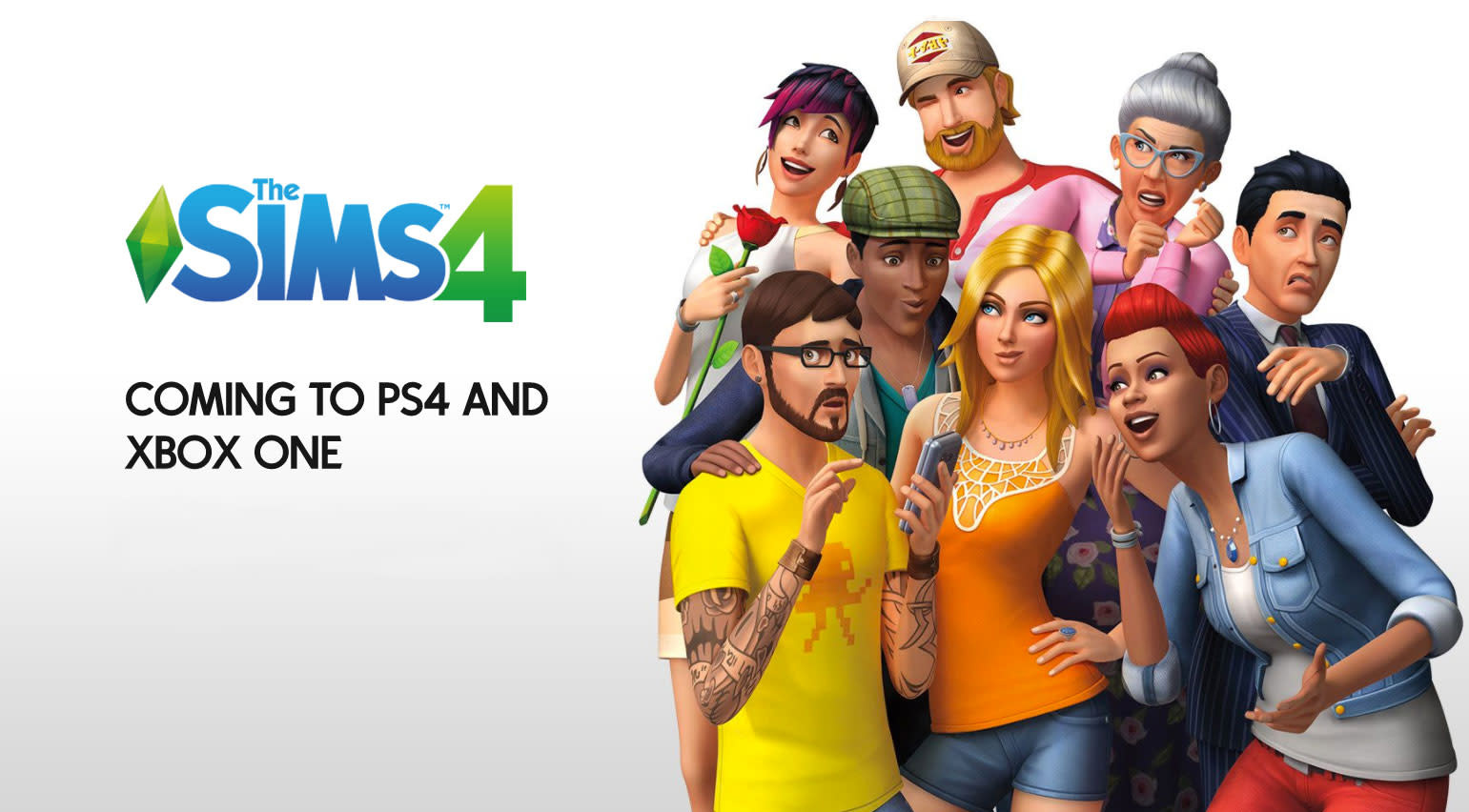 After an eight year absence, The Sims is coming back to consoles in a very big way. Come November 17th you'll be able to control a virtual society from the couch in The Sims 4 with what sounds the best console installment of the 17 year-old social sandbox series.

"The current generation of hardware has enabled us to translate code to PlayStation 4 without any major system changes, so that it is no longer about which platform has the superior version, but where you like to play," senior producer Michael Duke writes on the PlayStation Blog. Meaning, this won't be another extremely watered down port with fewer buildings, careers and interaction options again.

Publisher EA promises PS4 and Xbox One owners will get "many" of the add-on packs that the PC games has gotten since 2014. So far that includes the "Life of the Party" pack (replete with a flaming tiki bar) and "Up All Night" which features a laser light show among other things. Both of those are part of the game's Deluxe Party Edition, which is up for pre-order right this instant.

Unfortunately, nothing's been said about user-mod support, so some of your more lascivious social scenarios will have to live on in your brain, rather than on your TV.

In this article: av, gaming, maxis, pc, pcgaming, personal computing, personalcomputing, playstation4, thesims, thesims4, xboxone
All products recommended by Engadget are selected by our editorial team, independent of our parent company. Some of our stories include affiliate links. If you buy something through one of these links, we may earn an affiliate commission.