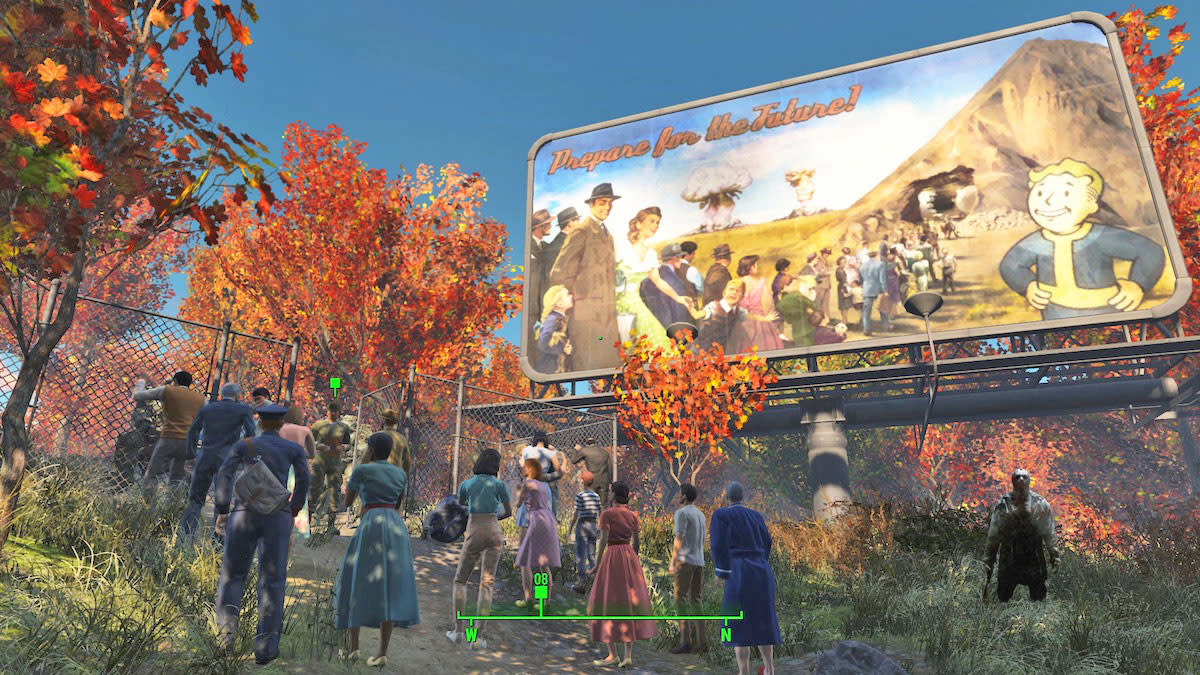 Bethesda has announced that there will no longer be mod support for its PlayStation 4 titles. Unfortunately, it seems Sony has informed the company that they will not be approving user mods in the way they "should work," where users have free reign over what they can create for Fallout 4 or Skyrim Special Edition.

Previously, Bethesda had promised mod support for the console and all of the niceties that came with it: flying Randy Savage dragons, ridiculous mods where everything looks like pizza a la some other very talented modders and more. Bethesda is "very disappointed" in Sony's decision, but didn't offer an explanation as to why it had been made in the first place, only lamenting the "considerable time and effort" that went into making the project come to fruition.

Bethesda still considers it an important and integral part of its plans for Fallout 4 and Skyrim on PlayStation 4, but states that it cannot move forward until Sony "allows" it to offer mod support. Unfortunately until then players won't be able to sift through the gobs and gobs of mods out there for either game. The situation could possibly change, as the end of Bethesda's blog attests, and there are plans to update fans if it does.

It's a strange turn of events, especially since mod support was a large part of the marketing surrounding Fallout 4. Previously, Bethesda had only announced a series of delays with the update for PlayStation 4 users, having issues with file size limits for mods imposed by Sony.

Sony has not yet offered further comment on the matter.

In this article: av, bethesda, fallout 4, gaming, mods, playstation 4, skyrim, sony
All products recommended by Engadget are selected by our editorial team, independent of our parent company. Some of our stories include affiliate links. If you buy something through one of these links, we may earn an affiliate commission.