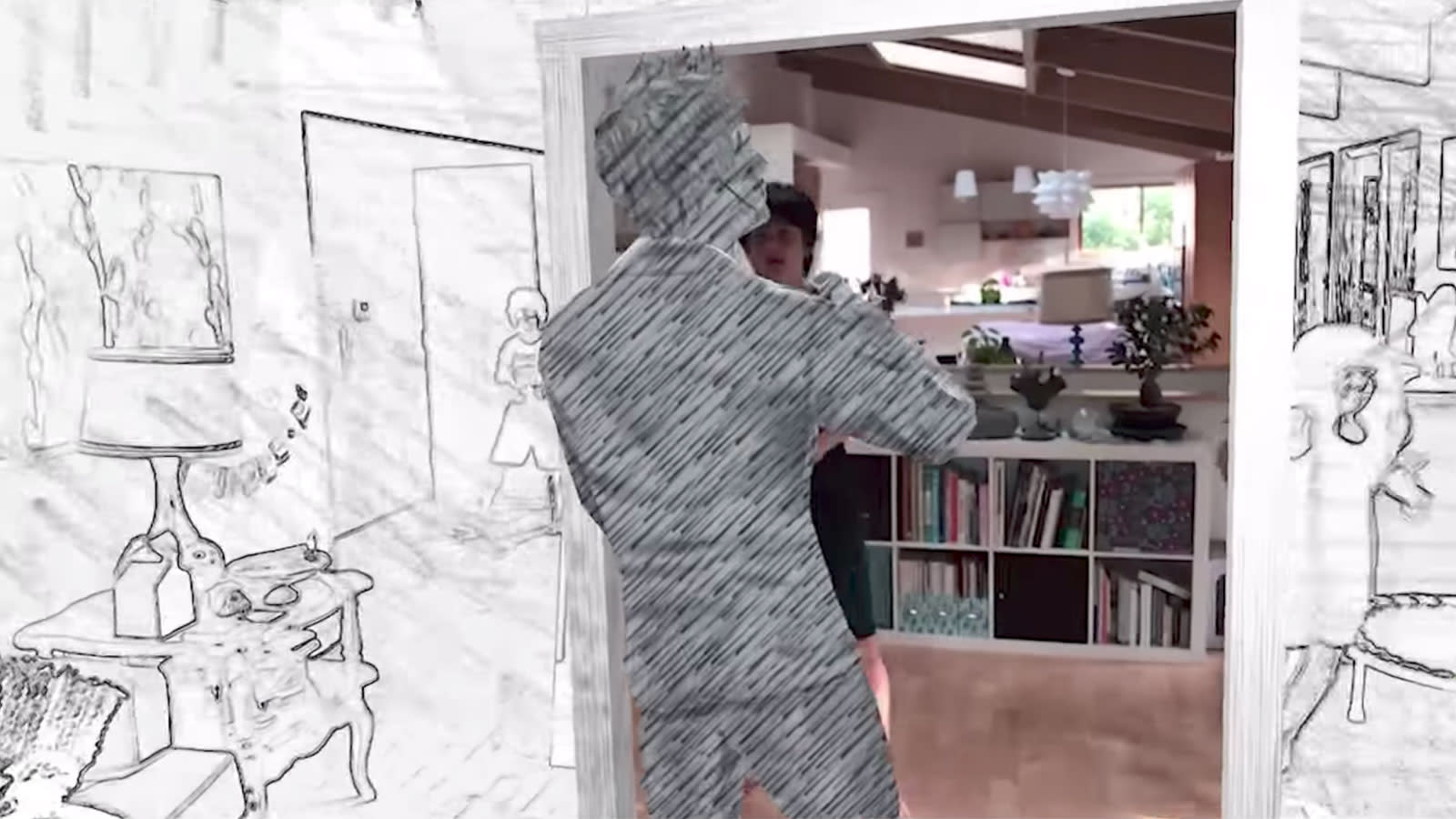 A-ha's classic video for "Take On Me" was the result of painstaking effort -- it took 16 weeks to rotoscope the frames, creating that signature blend between the real and hand-drawn worlds. Now, however, you only need an iPhone to recreate the look yourself. Trixi Studios has shown off an augmented reality iOS app that produces the "Take On Me" look in your own home. The proof-of-concept software makes do with virtual versions of A-ha's Morten Harket and the pipe-wielding thugs, but its effect is more convincing than you might think.

In many ways, the app (which isn't publicly available, alas) is a showcase of how easy it's becoming to implemented augmented reality. Trixi wrote the software using Apple's ARKit, a software toolbox that gives iOS developers a relatively easy way to weave AR content into their apps. They don't have to make an engine from scratch. You certainly don't need ARKit to create the "Take On Me" effect, but a framework like that makes it possible for even small outfits to produce slick results. That, in turn, could lead to developers treating AR less as a novelty and more as an important creative tool.

In this article: a-ha, app, arkit, augmentedreality, entertainment, gear, ios, iphone, mobile, musicvideo, takeonme, trixistudios, video
All products recommended by Engadget are selected by our editorial team, independent of our parent company. Some of our stories include affiliate links. If you buy something through one of these links, we may earn an affiliate commission.