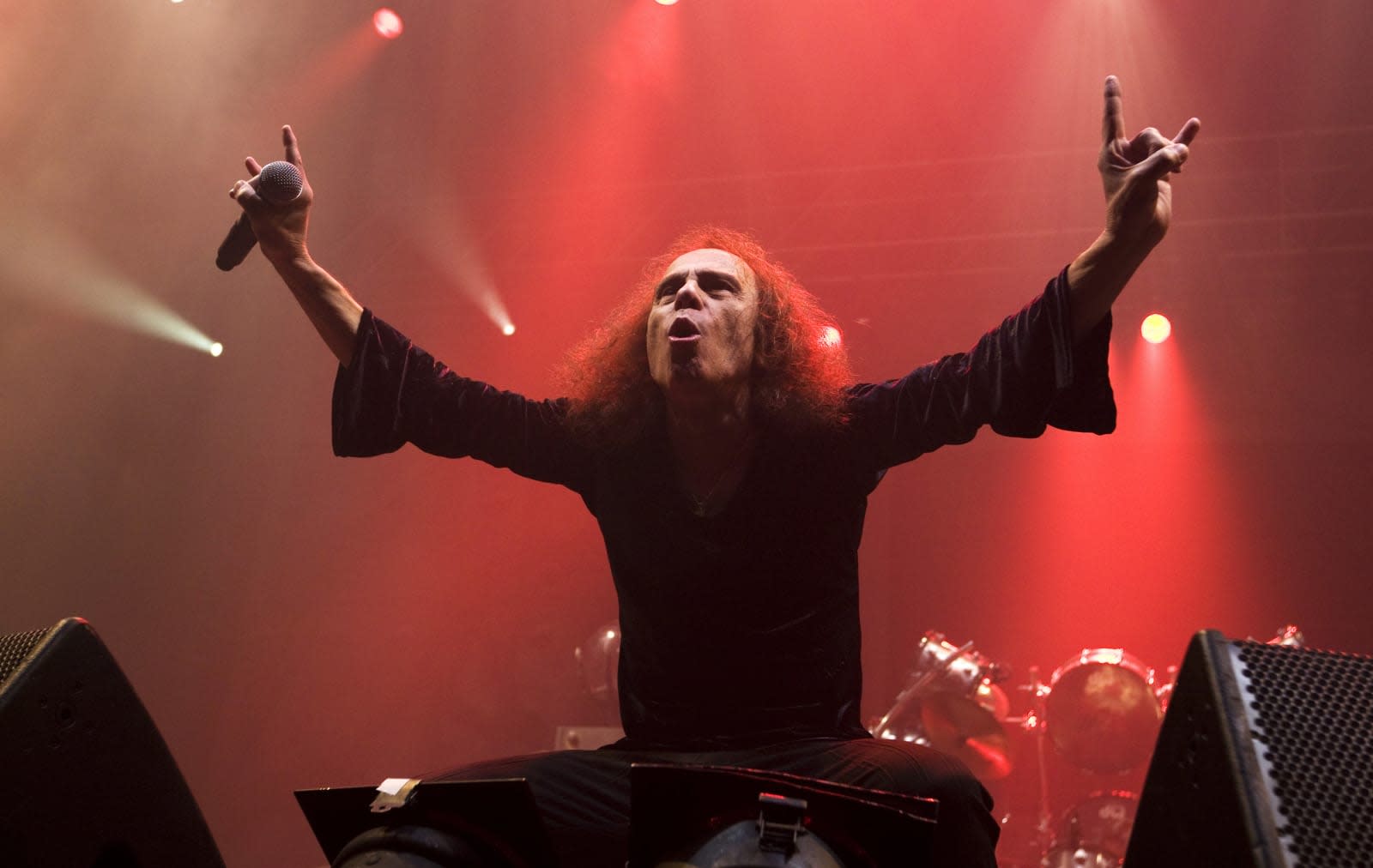 The latest instance of the musical death and resurrection show is none other than Ronnie James Dio, who died in 2010. Thanks to a hologram (actually a high-tech version of an old parlor trick), the former Black Sabbath frontman will start touring Europe the November 30th before hitting the States next spring. "His" set will change nightly, according to Rolling Stone, and audio recordings were pulled from his entire career. "He" will play each night with a backing band and some dates will have singers Tim "Ripper" Owens (Judas Priest) and Oni Logan (Racer X) on stage as well.

The stage will hearken back to the Sacred Heart and Dream Evil tours, and apparently the band may book between 80 and 100 shows. So, if you missed the man responsible for creating the devil horns hand sign in the flesh, you could see him in 1s and 0s soon enough.

In this article: av, blacksabbath, entertainment, eyellusion, heavymetal, hologram, ronniejamesdio, tour
All products recommended by Engadget are selected by our editorial team, independent of our parent company. Some of our stories include affiliate links. If you buy something through one of these links, we may earn an affiliate commission.