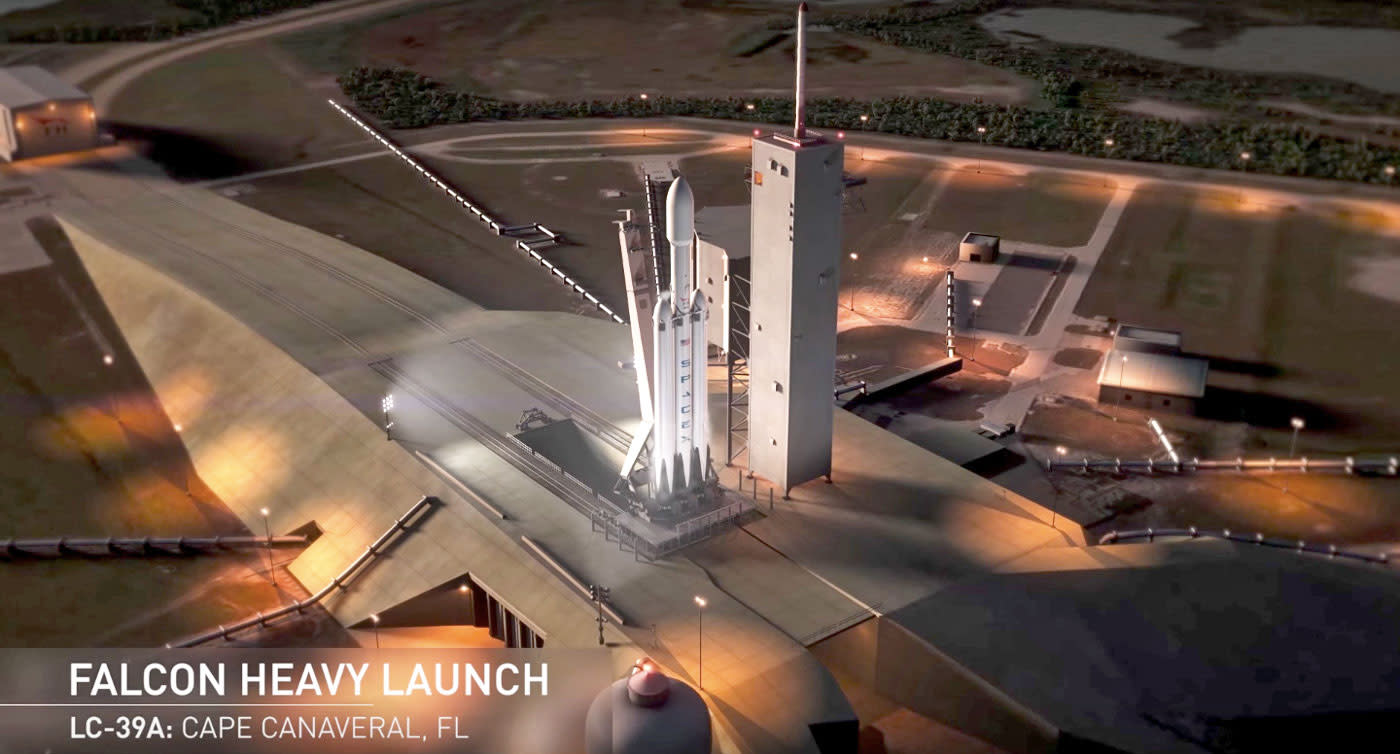 SpaceX chief Elon Musk has revealed that the company is sending its heavy lift rocket to space for the first time in November. The company was originally gunning for a summer launch, but in June, the CEO told a Twitter follower that Falcon Heavy's cores will take two to three months to reach Cape Canaveral. SpaceX will need a bit of time after they arrive to prepare the rocket.

Falcon Heavy is powered by three Falcon 9 cores, which gives it thrice the payload capacity of the smaller launch vehicle. Earlier this year, the private space corporation was thinking of trying to reland and recover its upper stage during its maiden flight. That seems off the table now, though -- in fact, Musk set expectations pretty low for the launch. At a space conference in Washington last week, he said there's a good chance that Falcon Heavy won't even reach orbit the first time it leaves the atmosphere.

The rocket will take off from NASA's historic launch pad 39A at the Kennedy Space Center, but the company hasn't decided on the exact date and time yet. It'll likely announce those details in the next few months, as well as confirm whether it will stream the event online.

In this article: FalconHeavy, gear, maidenlaunch, rocket, space, spacex, tomorrow
All products recommended by Engadget are selected by our editorial team, independent of our parent company. Some of our stories include affiliate links. If you buy something through one of these links, we may earn an affiliate commission.