The creator of the Bootleg Universe and producer of 'Dredd' talks about adapting nerd icons into gritty narratives.

It's easy to draw a line from producer Adi Shankar's scrappy Bootleg Universe -- his slew of short indie films about the Punisher, Power Rangers and other pop culture heroes uploaded on YouTube -- to his recent work as showrunner of Netflix's recently released animated Castlevania series. His approach taps into what made beloved characters resonate with fans and gives those old favorites a mature, modern spin. 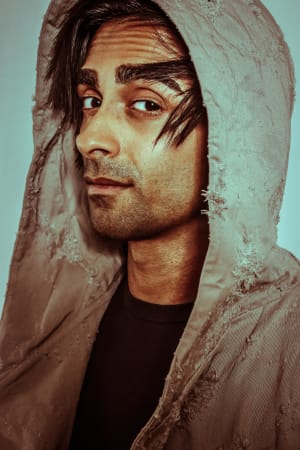 We caught Shankar on his way to Japan for a press tour promoting Castlevania to ask why he jumped at the chance to adapt the well-loved franchise. The first four-episode season dropped weeks ago, beginning a gothic horror saga of three adventurers fighting against Dracula's army of demons. The series was planned around a script written a decade ago by comics icon Warren Ellis for Frederator Studios (of Adventure Time fame), but Shankar was brought on late in 2015 to make an animated version, which eventually landed on Netflix.

Fans loved the series, Shankar said, and apparently so did Netflix, which ordered a second season of Castlevania and doubled the episodes, though no release date has been announced. On top of returning to the show, Shankar will add another adaptation to his oeuvre, as he was announced showrunner of an Assassin's Creed anime. While he can't comment on that series, he had plenty to tell Engadget about bringing his adaptation experience to bear on a beloved video game franchise.

What about Castlevania appealed to you?

I'm a fan of Castlevania. I played most of the games -- Symphony of the Night being really the game that brought me back into the franchise from the PlayStation 1 era. But I am genuinely and authentically a fan of it. That's ultimately what brought me in. Being able to make it was a dream come true.

Your team chose to adopt a prequel, Castlevania III: Dracula's Curse, instead of the original game. Why?

The story of Castlevania is the story of this family known as the Belmonts. As the various generations of the family struggle with their own challenges, not only fighting monsters but dealing with the issues of the time, it made sense to start early in that family's history.

What was the process to change it into your vision of the series?

The real issue in adapting Castlevania was the way in which we were gonna do it. We used 2D hand-drawn animation. This is effectively a dead art form. That's something I was adamant about right from the get-go. It wasn't so much the story we were gonna tell as much as how we were going to tell it, because we knew we were going to tell an early Belmont story from one of the earlier games. We were designing it for television, but, for instance, we didn't want to do a 'Monster of the Week'-style narrative structure. We also wanted each frame of it to look beautiful and use that 2D hand-drawn look.

The first season was only four episodes. Were you planning on more seasons?

I wouldn't say we were planning on having a second or third season so much as that there was an overarching story we were hoping to tell. And there's always been a plan for that story in place.

Was it more difficult to adapt a video game rather than characters from other mediums, like comics or television shows?

I wouldn't say anything was more difficult. It was just that what we had to focus on was different: fleshing out emotions associated with these characters so that the audience connected with them on an emotional level.

Was that different because you were adapting video game characters?

Is it constraining to adapt from source material that came out -- in Castlevania III's case -- almost 30 years ago?

There's nothing about the games that feels constraining. There's nothing we're trying to work around. We're embracing all the elements of the game and adding an emotional arc to them. 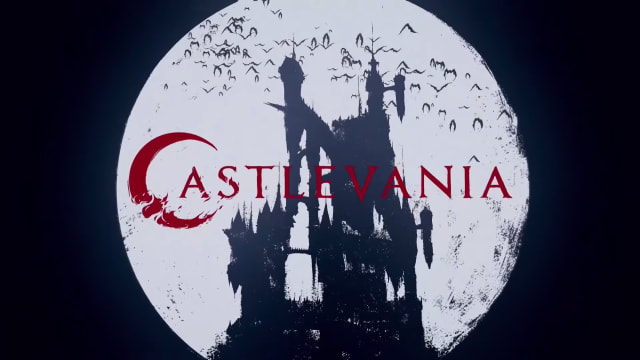 Is the process going to be any different for your next project -- adapting Assassin's Creed into an anime-style series?

Well, I can't really talk about Assassin's Creed other than to say that I'm a fan; I've played every game. I love the mythology, and I love the universe.

But as for Castlevania, season two will be expansive. Not only is it greenlit, Netflix doubled our episode order due to the fan response. Which has been amazing! I mean, we made a show targeted for the fans of the game, and now it has crossed over into the mainstream. It was an amazing thing to have had happen.

One-hundred percent. Although this is an official project, it feels in line with the mentality of the Bootleg Universe. It wasn't trying to get an audience beyond the core fanbase. The fact that it did is wonderful. But we were, are and will continue to be loyal to our core demographic.

How's the response been?

The fan response, the critical response, has been overwhelming; it's been humbling. It makes all of us want to work even harder and deliver an even better season two. Season one has teed up season two perfectly.

The reaction was so overwhelmingly positive that I was a little taken aback. I didn't expect that. I didn't necessarily expect the show to cross over the way it did, demographically, and into the mainstream.

The audience that grew up loving these games are now the core audience that marketers are going after. And on top of that, we have a whole generation under us -- I'm 32 -- that are all gamers. There's no such thing as gamer versus non-gamer. Every single one of us is a gamer on some level, even if it's just playing iPhone games.

Would you say those marketers appealing to our retro childhoods means nostalgia is a cottage niche inside the gaming industry?

I wouldn't say it's nostalgia at all. I would say it's a language and an art form that has developed across the decades and has supplanted film as the preeminent art form of this millennium that we are living in right now. The innovations that are happening in storytelling are happening in VR, AR and gaming.

Are you interested in VR and AR, possibly in your future adaptations?

Are you waiting for the tech to get better, or are any VR/AR projects on your horizon?

All products recommended by Engadget are selected by our editorial team, independent of our parent company. Some of our stories include affiliate links. If you buy something through one of these links, we may earn an affiliate commission. All prices are correct at the time of publishing.
Netflix’s ‘Castlevania’ showrunner Adi Shankar on nerddom and season two
AdiShankar
Castlevania
entertainment
interview
netflix
services