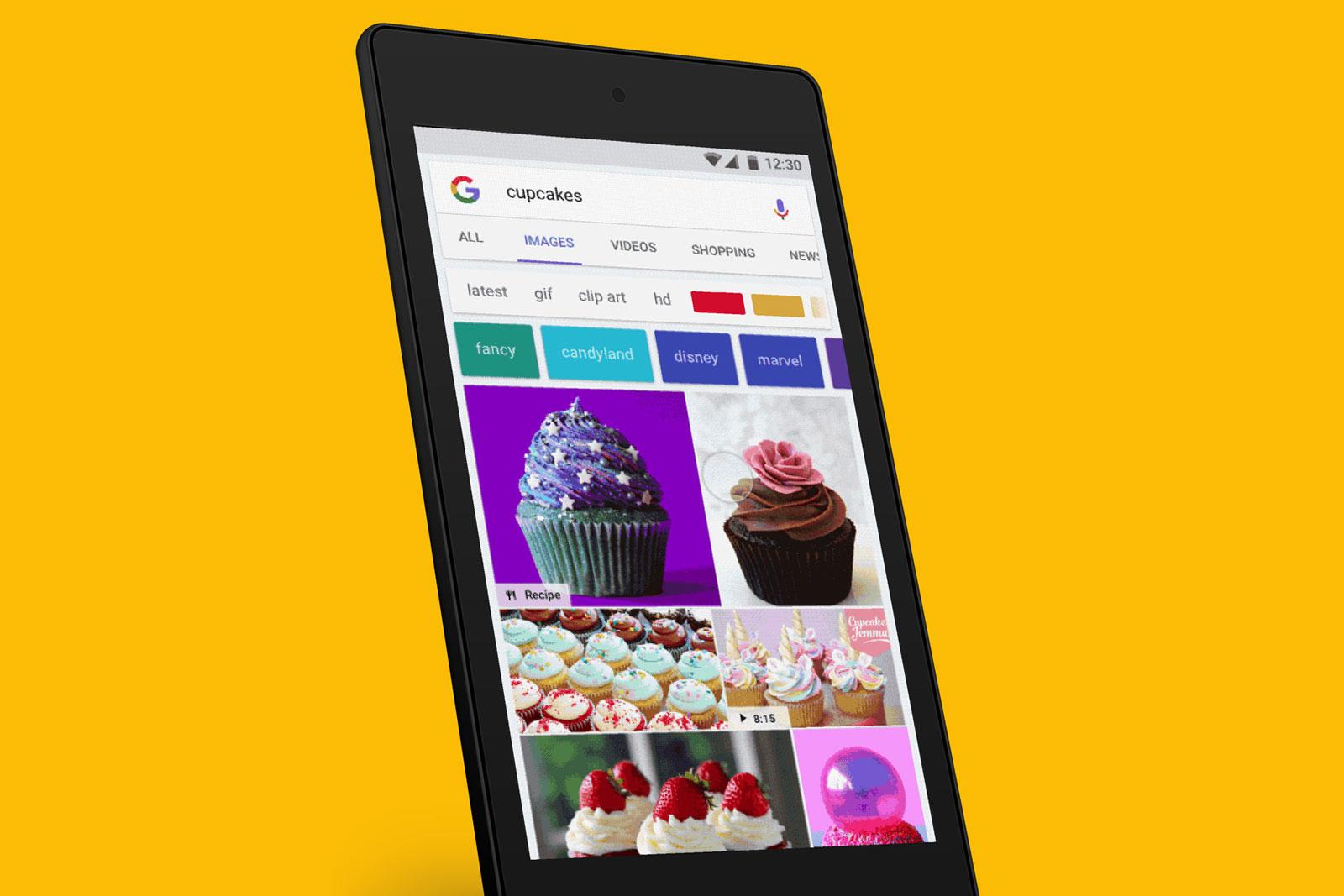 Google Image Search hasn't really been well-suited to competing with Pinterest. You could save images for later viewing or visit the source page, but you couldn't always tell what you would get when you would click through. That's changing today. Google has updated Image Search to not only identify when an image points to a special content, but to display some of that content with a single glance. If you look for food, for instance, you may see "recipe" badges and even the recipe itself once you tap the picture. It'll also highlight purchasable products, animated GIFs and videos.

This isn't Google's first stab at Pinterest-like features. It previously added a computer vision-based feature for mobile users that identifies products in the photos you find. However, Google is more explicitly targeting its rival this time around -- Pinterest is frequently considered an internet cookbook, and you might not need it so much now that a simple web search might turn up what you're looking for.

It's not surprising why Google would make a move like this, especially now. Pinterest is putting more and more of an emphasis on search, and Google is likely worried that you won't spend as much time on its pages if Pinterest regularly covers what you're looking for. This won't trounce Pinterest's advantages as a social network, but it could easily produce more of the all-important ad revenue that Google craves.

In this article: e-commerce, gear, GoogleImageSearch, imagesearch, internet, pinterest, recipes, search, shopping, web
All products recommended by Engadget are selected by our editorial team, independent of our parent company. Some of our stories include affiliate links. If you buy something through one of these links, we may earn an affiliate commission.