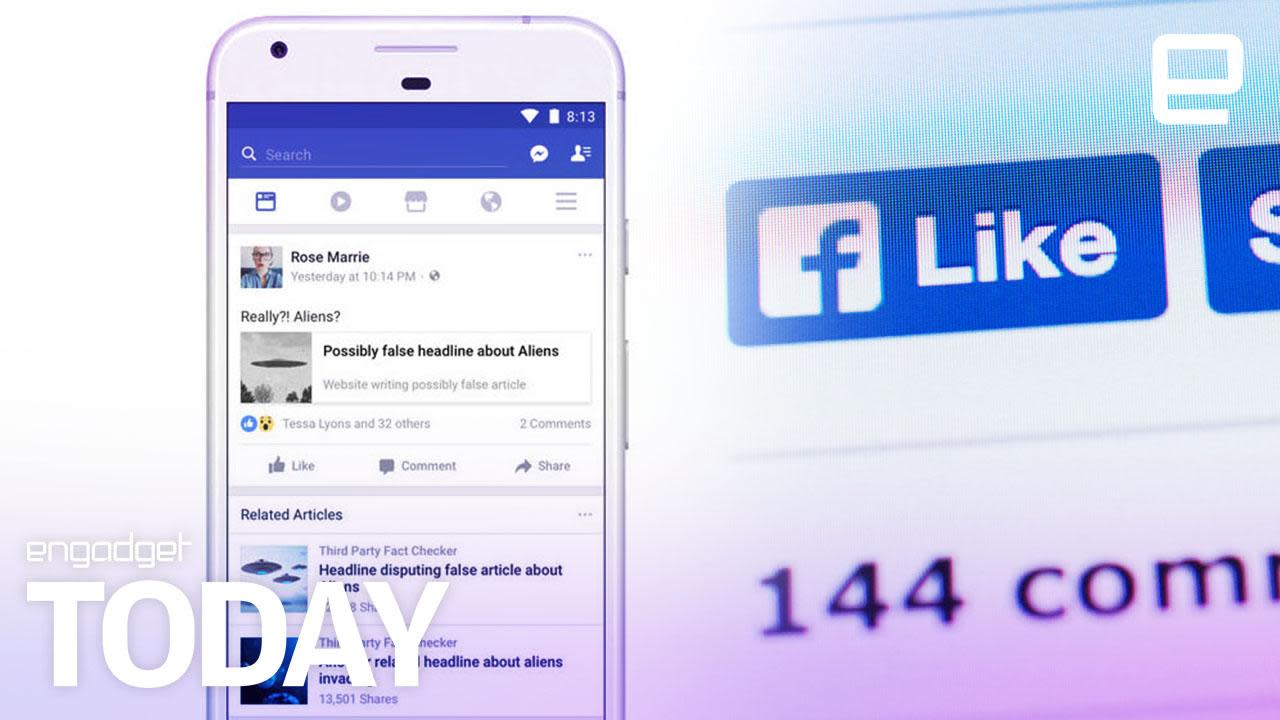 Facebook's related articles section can now help you determine whether a story that's being shared on the website is nothing but a hoax. After hearing from users about how related articles give them more perspectives and additional info, the social network has decided to use it to help people figure out which stories are real or fake. Going forward, the company will be using an updated algorithm that can pinpoint potential fake news based on users' comments and reports. It will then send those stories to third-party fact checkers.

Once those fact checkers have published their own take on the story, Facebook can list them in the related section, which you'll be able to see even before you click on the main link. In addition, the company won't list a link that's being widely reported as a hoax under related articles to prevent spreading fake news even further.

Facebook hopes that by bundling a story with another that refutes it or that has a different viewpoint, people can make informed decisions. "We don't want to be and are not the arbiters of the truth," News Feed integrity product manager Tessa Lyons told TechCrunch. "The fact checkers can give the signal of whether a story is true or false."

TC says the feature is rolling out in the US, Germany, France and the Netherlands today, because Facebook already has partner fact checkers in those countries. It might take a while to reach other locations, depending on how quickly Facebook can cut deals with local fact checkers worldwide.

In this article: aoloriginals, dailyshow, Engadget, EngadgetToday, engadgetvideo, entertainment, facebook, fakenews, gear, internet, KerryDavis, relatedarticles, video
All products recommended by Engadget are selected by our editorial team, independent of our parent company. Some of our stories include affiliate links. If you buy something through one of these links, we may earn an affiliate commission.