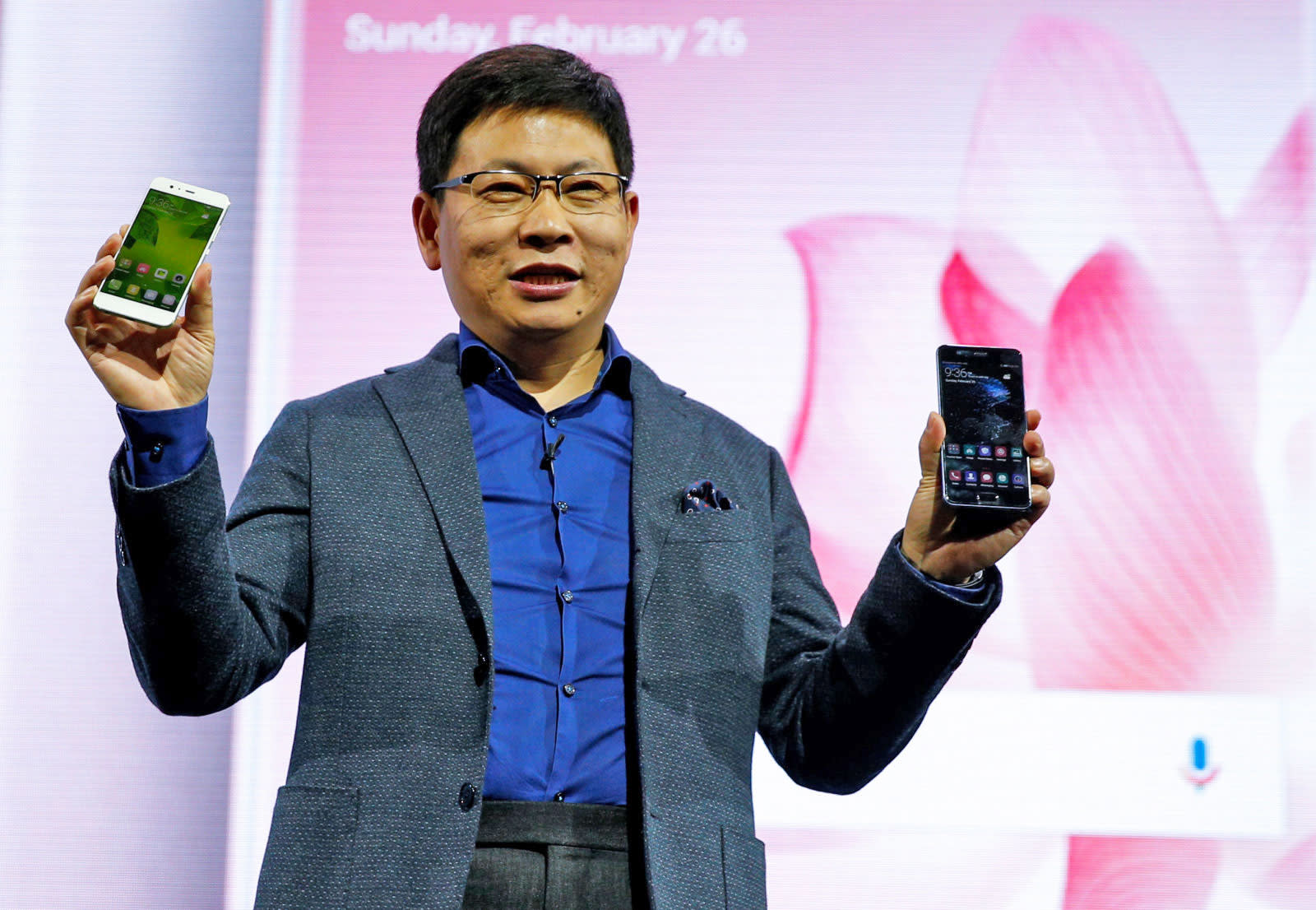 Next year, Huawei may finally get a foothold in the US market when AT&T reportedly begins selling its next leading phone. Getting its support would be huge for the company: It's the third-largest smartphone maker in the world behind Apple and Samsung but hasn't been able to reach US customers without a carrier's support.

Sources told The Information that AT&T will begin selling Huawei's upcoming flagship device in the first half of 2018. This might be similar to the Mate 10, which is expected to release in Europe later this year, but it probably won't share the name. Engineers are still tinkering with the device to make sure its hardware and software meet US telecom standards, as well as AT&T's own requirements, according to the sources.

If the deal goes through as reported, it'll be Huawei's biggest entry in the US market. Previous forays haven't been very successful: The Chinese company had teamed up with Google to launch the Nexus 6P back in October 2015, but negotiations soured a year later when the search giant reportedly refused to let Huawei plant its branding on the partnership's next round of phones. The AT&T deal would presumably let Huawei sell its own phones with only a little internal rejiggering.

The support from AT&T could also be good news for American consumers. Some of Huawei's latest phones have been well-received, especially the P10, which isn't available in the US yet. We were also fans of the Mate 9, which you can buy unlocked in the US.

Both AT&T and Huawei separately told Engadget that they do not comment on rumors or speculation.

In this article: ATT, business, gear, huawei, mobile, smartphone
All products recommended by Engadget are selected by our editorial team, independent of our parent company. Some of our stories include affiliate links. If you buy something through one of these links, we may earn an affiliate commission.