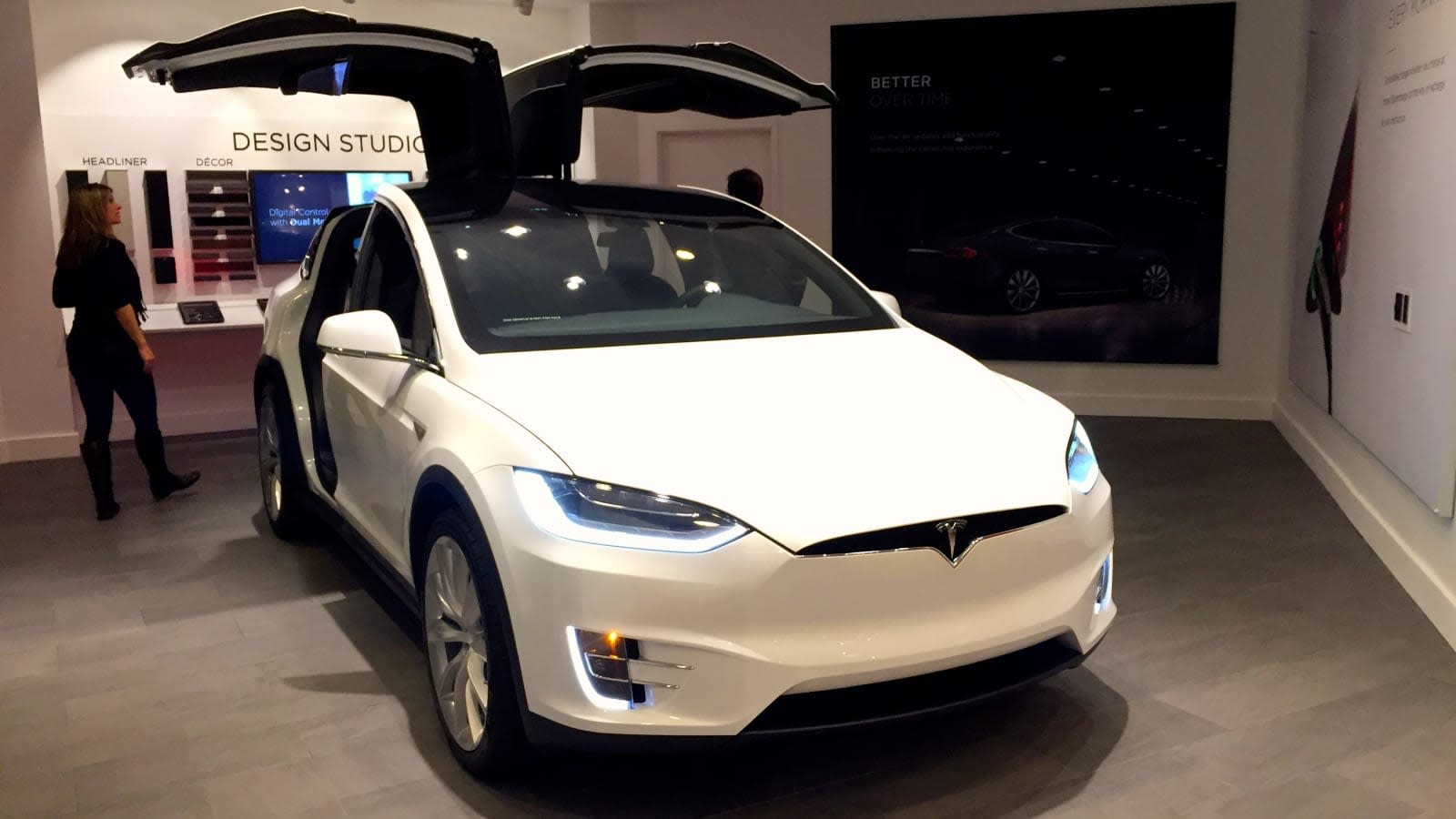 Tesla might have ditched the Model X's relatively affordable 60D trim, but that doesn't mean it's insensitive to your price concerns. Elon Musk's outfit has lopped $3,000 off the price of the base 75D model, bringing the entry point down to 'just' $79,500 before tax credits -- right around where it was when the electric SUV launched nearly two years ago. As for why? Simple economics, Tesla says in a statement. When the Model X 75D launched, it had a low profit margin --"efficiencies" have let Tesla reduce the price without taking a hit to its bottom line.

The move probably won't lead to a giant surge in sales for a luxury machine like the Model X, but it could help keep the existing sales momentum going at a time when Model 3 sales are still too new to represent a significant factor. If you can afford the Model X but found the premium over a Model S a little too hard to swallow, you might be tempted to take a second look. The gap between the 75D variants of both EVs is down to $5,000, which might be justifiable if you have kids and cargo to haul.

In this article: electriccar, electricvehicle, ev, gear, modelx, suv, tesla, transportation
All products recommended by Engadget are selected by our editorial team, independent of our parent company. Some of our stories include affiliate links. If you buy something through one of these links, we may earn an affiliate commission.