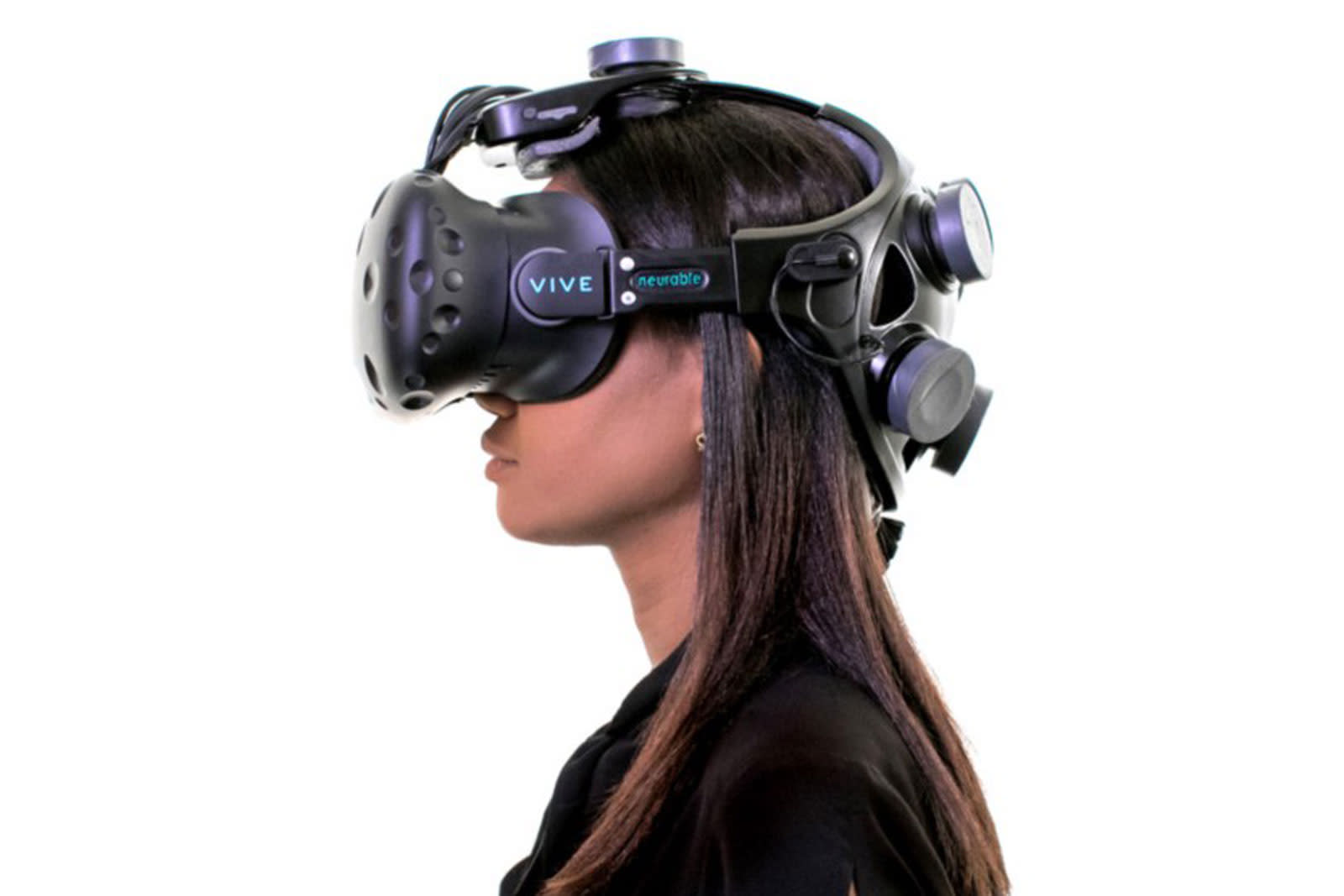 We may be a long way off from a Holodeck-like virtual reality where your body is the controller, but Neurable might have the next closest thing. It recently unveiled a prototype peripheral that adds brain control to VR experiences. The device replaces the regular strap on an HTC Vive and uses specific brain signals (event-related potentials, not the EEG patterns you usually see) to trigger actions. In a showcase game, Awakening, you use your mind to escape a lab as if you had telekinetic powers -- you don't have to hold plastic wands as you battle robots and grab objects.

Games are the first application, and Neurable tells IEEE Spectrum it's hoping to bring its experience to VR arcades in 2018. The brain controller should be slicker, too, so the bulky design you see here (which makes you look like you're part of a lab experiment, really) won't last long.

However, the company clearly has larger ambitions. It sees brain control as a big step up in VR interfaces. When done well, it both eliminates the learning curve (you just think about what you want to do) and allows for input that's difficult or impossible when you can't see your body, such as fast text input. This isn't guaranteed to completely replace physical controls, at least not for a while (many games and other apps will still benefit from hands-on interaction), but it does hint at a future where you don't need controllers for every instance of interactive VR, even when they're relatively complex.

In this article: bci, braincontrol, games, gaming, gear, mindcontrol, neurable, siggraph2017, videogames, virtualreality, vive, vr, wearable, wearables
All products recommended by Engadget are selected by our editorial team, independent of our parent company. Some of our stories include affiliate links. If you buy something through one of these links, we may earn an affiliate commission.