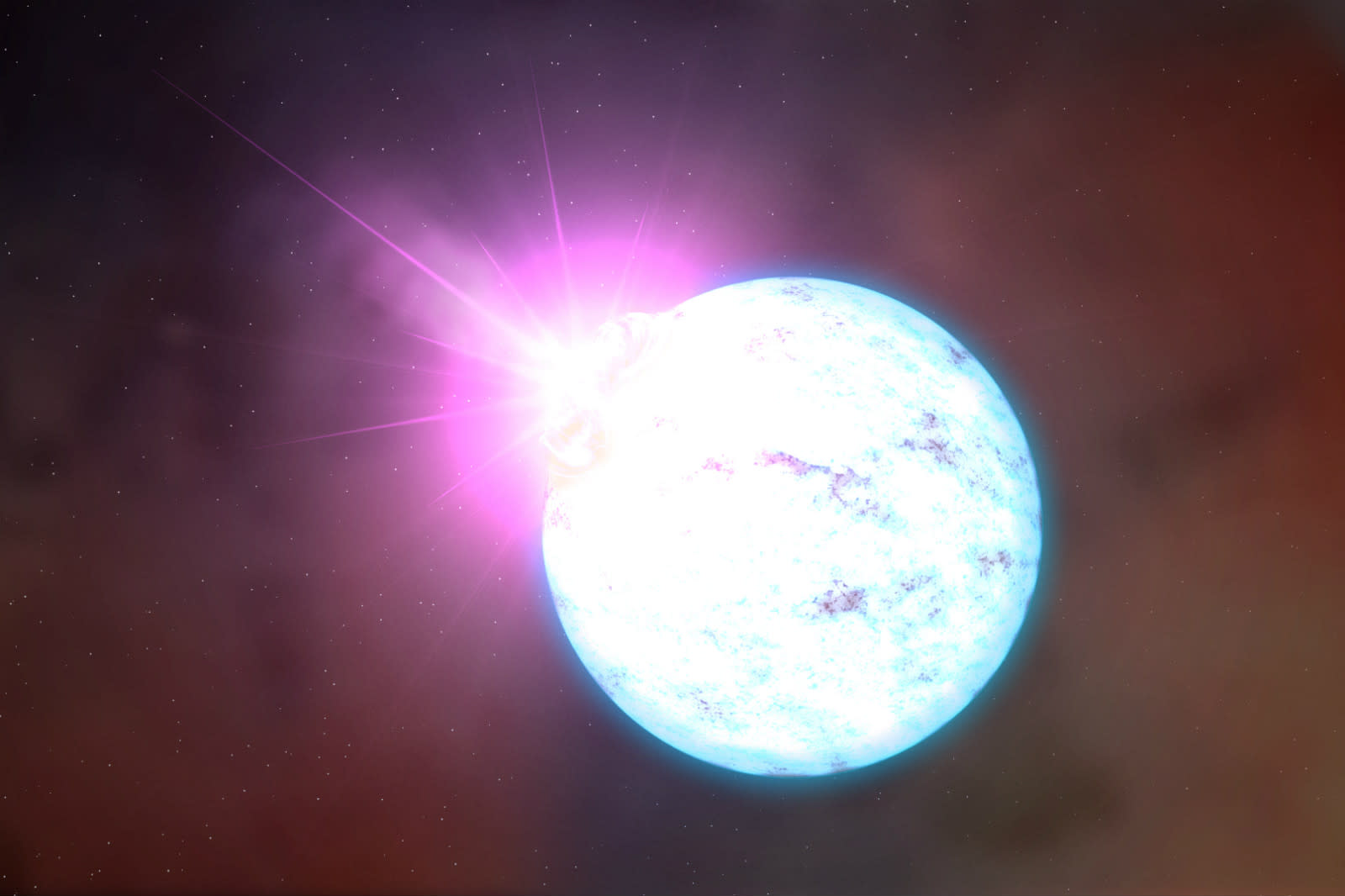 Now that they're spotting gravitational waves more often, scientists are expanding their search for cosmic events. Specifically, they're using new computer models to depict the cataclysmic collision that occurs when a black hole joins a neutron star (the remnants of an exploded star). The simulations will help detectors track down the actual mergers using telescopes and advanced versions of LIGO (the Laser Interferometer Gravitational-Wave Observatory).

The visualizations -- carried out by a team of researchers at Berkeley Lab -- show an ejection of radioactive matter during the fusion. Although black holes can swallow neutron stars whole, sometimes the process releases the exotic matter packed inside the formerly giant stars. This can include gold, platinum, and a range of radioactive elements (estimated to range up to about one-tenth of the mass of the sun). Unleashed into space, this matter then mutates into a kind of radioactive waste, the glow from which can be seen from more than a hundred million light years away.

The resulting observable glimmer, known as a "kilonova," is the so-called needle in a haystack for astronomers. Separate simulations also show the first milliseconds (thousandths of a second) in the merger, and the disk of material that forms rapidly after it.

The new computer models are intended to help astronomers hone in on the gravitational wave signals the mergers produce. Telescopes, too, can seek out the bursts of gamma-rays emitted by them. All with a little guidance, of course. "With improved models, we are better able to tell the observers exactly which flashes of light are the signals they are looking for," said Daniel Kasen, a scientist in the Nuclear Science Division at Berkeley Lab. "This could also allow us to observe events that we have not even imagined," he said.

In this article: astronomy, BerkeleyLab, BlackHole, BlackHoles, ligo, neutronstar, space, telescope, tomorrow
All products recommended by Engadget are selected by our editorial team, independent of our parent company. Some of our stories include affiliate links. If you buy something through one of these links, we may earn an affiliate commission.