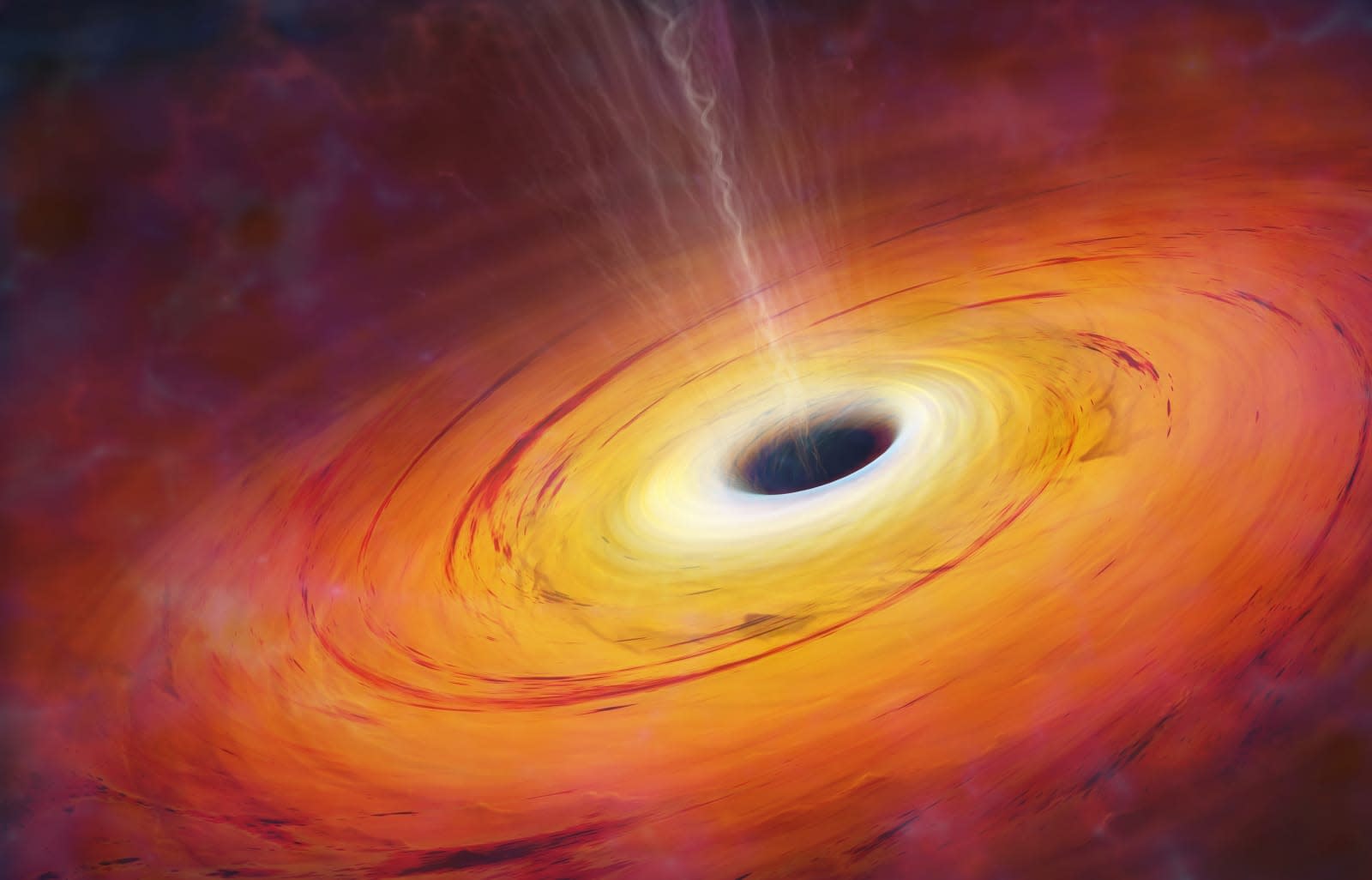 Today, astronomers announced that LIGO has detected gravitational waves for the third time. As a result, scientists now may have new insights into how black holes are formed.

Gravitational waves are ripples in the spacetime that travel at the speed of light. They're emitted as a result of black hole collisions, which produce incredible amounts of power. They had long been predicted by Albert Einstein's general theory of relativity, but it wasn't until September 2015 that LIGO's (the Laser Inferometer Gravitational-Wave Observatory) first direct observation occurred. A second detection quickly followed in December 2015. This third observation happened on January 4, 2017, and it's the furthest one yet, at 3 billion light years away. (The first two were around 1.3–1.4 billion light years away).

This new gravitational wave detection provides insight into how black holes spin. As two black holes orbit one another, they are also turning on their individual axes. But in which direction do they spin? That's the question that scientists may have answered with this latest discovery, discovering that one of these black holes may have been nonaligned. In other words, it was turning on its axis in a different direction than it was orbiting its partner black hole. Understanding how binary black holes spin helps scientists determine how they're formed.

There are currently two primary theories about binary black hole formation: The first is that a pair of black holes is formed when a pair of stars explodes. The black holes would, as a result, maintain the spin of their former stars, which would have been aligned. The alternate theory is that the black holes form separately, but come together later in their lives in clusters of stars. This is the theory that seems to be confirmed, based on nonaligned spin observations.

One of the editors of the article publishing in Physical Review Letters, Bangalore Sathyaprakash, says, "This is the first time that we have evidence that the black holes may not be aligned, giving us just a tiny hint that binary black holes may form in dense stellar clusters." LIGO has done a lot of work in a short amount of time; it's exciting to think about what might be ahead as the observatory turns its attention to other types of astronomical events, such as the collision of neutron stars.

In this article: applenews, BlackHoles, gravitationalwaves, ligo, space
All products recommended by Engadget are selected by our editorial team, independent of our parent company. Some of our stories include affiliate links. If you buy something through one of these links, we may earn an affiliate commission.