Who needs friends when you have anonymous feedback apps?

But what can anonymous apps like Sarahah do to keep the bullies away?

The No. 1 app in the iOS App Store has a curious name. It's called Sarahah, and it's been at the top of the iTunes Free Apps chart for the past few weeks. It's an anonymous messaging service for personal feedback. Anyone -- whether they're on the service or not -- can leave comments for users without revealing who they are.

If you think that sounds like a recipe for abuse, well, you're not alone. With such rapid growth -- it now has 300 million users -- Sarahah has raised concerns among parents and educators that it'll be a haven for online bullying, especially because it's such a hit with teenagers and young adults. But perhaps a larger question is: Why these anonymous apps have such appeal in the first place, and what is it that apps like Sarahah can do to keep the trolls away?

Sarahah is the brainchild of Zain al-Abidin Tawfiq, a systems analyst who originally created it as a way for employees to give feedback to their employers without fear of retribution. Tawfiq, who's from Saudi Arabia, says the name "Sarahah" is Arabic for "honesty." "Having anonymous feedback would facilitate communications and help people develop, so that the company can improve," he told Engadget.

It was released to the public in November 2016 as a simple website and gained a lot of traction in countries like Lebanon, Tunisia and Egypt in just a few months. In June of 2017, Tawfiq released the app version of Sarahah on iOS and Android, which also marked the first time it was available in English.

Through word-of-mouth, teenagers in English-speaking countries like Canada, the US and Australia started to pick it up -- some even posting links to their Sarahah profiles on Instagram to attract feedback. What really skyrocketed Sarahah to the top, though, was when Snapchat updated its app in July that allowed the addition of links to images. Teens linked to their Sarahah profiles in their Snaps, and voilà, a viral hit was born.

Christine Garcia, an associate and clinical director at the Young Adult and Family Center (YAFC) at the University of California, San Francisco, department of psychiatry, offers some insight into why anonymous apps like these are so enticing to teenagers. "Adolescence and young adulthood is a time when individuals are concerned about their outward-facing appearance to peer groups," she said. "This is a developmental norm as they attempt to understand and step into their various identity group memberships.

"Anonymity is appealing for a wide-range of reasons, including providing a certain sense of safety," said Garcia. "[They] provide a level of privacy that may not be present in other social-media networks such as Instagram, Facebook, Reddit, etc. Teens want to connect [...] but anonymous apps allow them to be connected and somewhat disconnected (because no one knows who they are) at the same time." As mentioned, however, Sarahah has already come under fire for encouraging bullying. Early reviews of the app accused it of being "unsafe" and said it was a "breeding ground for hate." One App Store review called it "another way for people to talk behind your back"; another said, "What some people said to me brought me to tears." A Google Play Store reviewer said a friend attempted suicide because of what was said to her on the app and called for it to be shut down.

At the same time, the app has received a lot of positive reviews. One user took the diplomatic approach and said "the app is not for the weak-hearted." Another simply warned that users should know what they're getting into when they download it. Others seem a lot more aggressive, branding negative reviewers "a bunch of crybabies" and advising them to "grow a spine."

Sarahah is certainly not the first anonymous messaging app to be used to bully. Secret, Whisper, AskFM, Kik and YikYak have all been used for online harassment in some form. Two of the worst cases are AskFM and YikYak, which have been accused of being platforms for harassment that goes way beyond bullying. AskFM, on which you could ask users anonymous questions, was blamed for a slew of teenage suicides in the UK and Italy back in its heyday in 2012. It eventually agreed to work more closely with the attorneys general in both New York and Maryland to address the bullying. It also promised to review complaints more frequently and to remove troublesome users.

YikYak, the now-defunct localized anonymous app that was popular in high schools and colleges, was also called a site for vicious bullying. There were reports that female students at the University of Mary Washington in Virginia were threatened with rape and murder on the app. Racist messages and threats of gun and bomb violence were also commonplace in other colleges in the country. YikYak tried to answer these concerns by creating ggeofences and adding filters around certain keywords, but eventually, its reputation was fatally tainted. 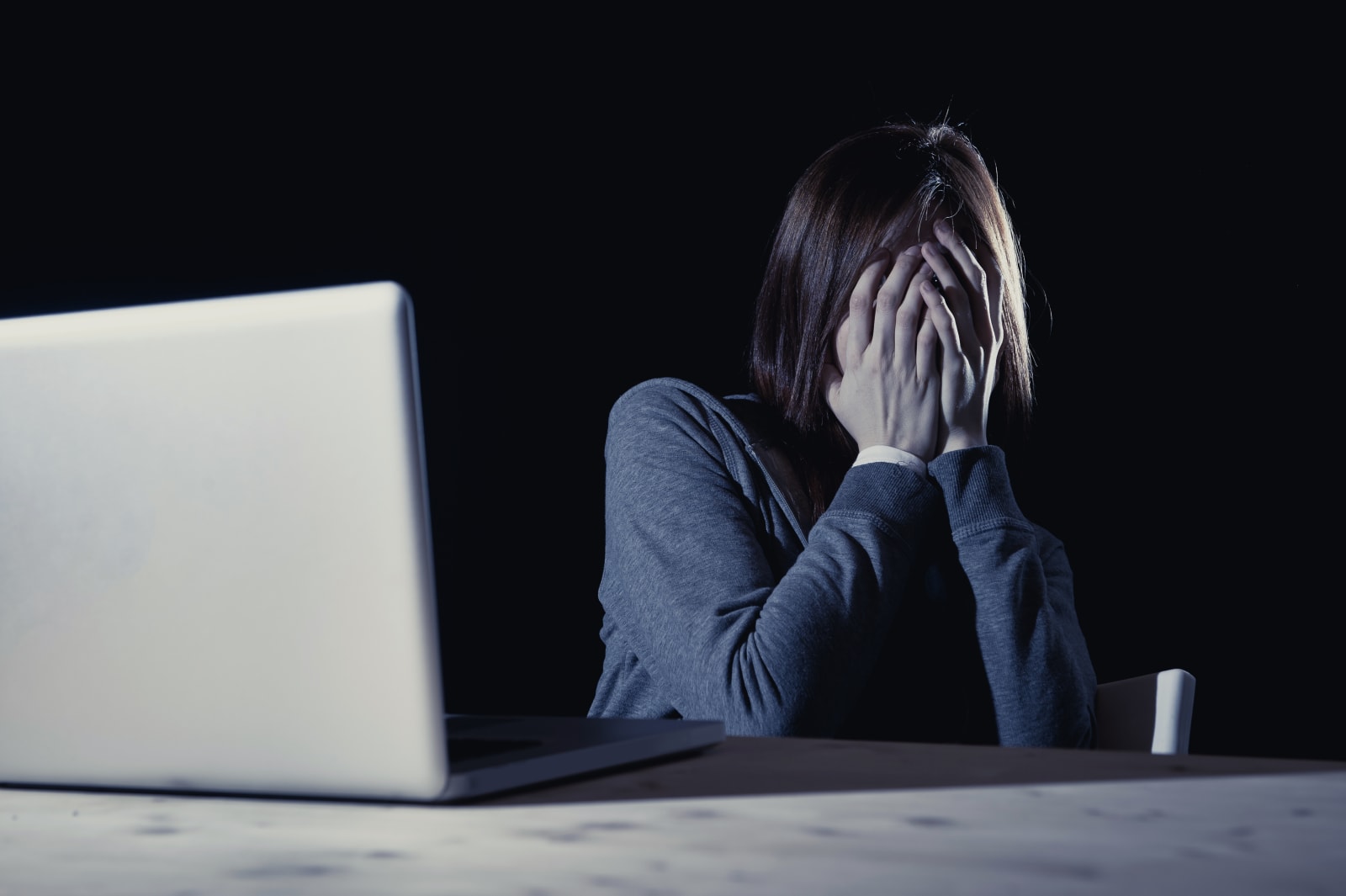 "An anonymous app can certainly increase the ability of a 'perpetrator' to bully since their identity is protected by the app," said UCSF's Garcia. "Social norms, such as politeness and respect, are kept in place when we feel connected to our communities, and our behaviors are kept 'in line' because people know who we are, and we know everyone else.

"Adding an extra layer of anonymity further diminishes expected social norms and can allow bullying to occur more readily," she added. "The social consequence of facing a person who one has bullied is essentially removed."

Apps like these can be a good thing, however, according to Garcia. "Anonymous apps carry benefits in that they allow for safe spaces to be created, for youth to present questions and ideas to others that they may otherwise feel ashamed or embarrassed about," she said. "However, in order to ensure that the space remains 'safe,' barriers to bullying behavior need to be set in place, and the app itself needs to create a culture of respect, support and growth.

"Being able to just block someone is not enough," said Garcia. "The language of the site, who it partners with, how it advertises itself, the user experience ... all of these and more need to create a culture that is anti-bully and pro-community building in order for an anonymous app to benefit."

When asked about the steps the app has taken to combat online bullying, Sarahah developer Tawfiq said in a statement the company takes the issue very seriously and had introduced several measures to address the challenge, such as the ability to block and report users and certain word filters, which he wouldn't divulge. "We also monitor people's responses on social networks and take that into consideration," he said. He didn't want to give full details of the measures, he said, because that could lead to misuse.

Tawfiq has also made it possible for certain users to be verified with a checkmark, in order to limit impersonation. Right now, verification is done by simply seeing if the user is also verified on Facebook and Twitter. Tawfiq says that some verified users are simply those whom he knows in real life. "We're still planning to set up a process," he adds. "We want to follow regulations when requesting proof of identity."

He adds he hopes to prevent bullying by creating an environment of positivity. "On every user page, there's a message that says 'Leave a constructive feedback' with a smiley face," he said. "We try to foster a positive environment so that users will use it in a positive way."

As for the future, Tawfiq is hopeful. "We want Sarahah to be a reliable, trusted platform for self-development and constructive feedback," he said. Now, if only its users felt the same.