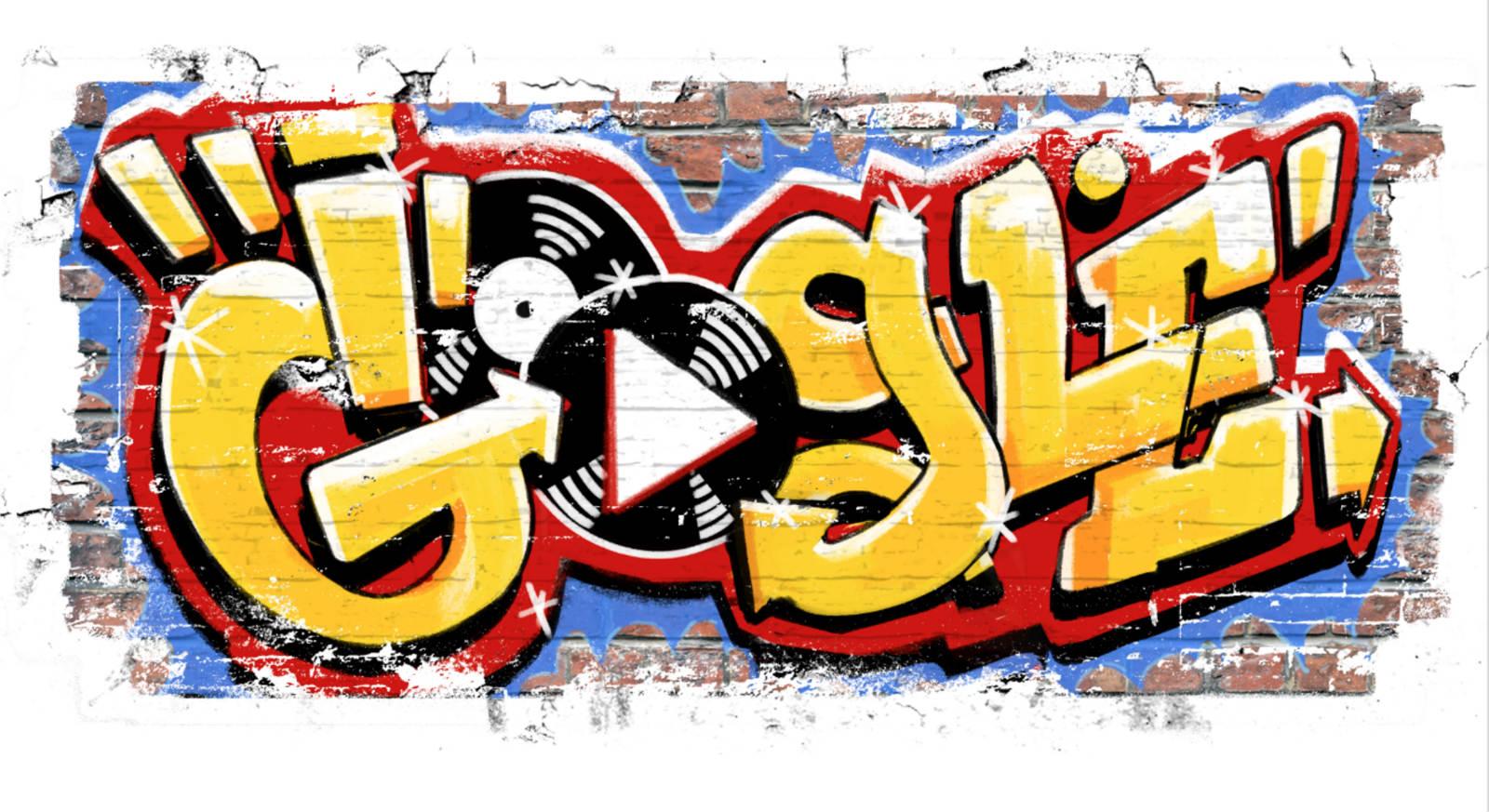 Google's doodles are an outlet for the company's playful urges. And, even though they've become all too common, the redesigns still manage to pack the odd surprise. Take today's offering, which resembles New York's iconic street graffiti. But, that's not all, click the pulsing play icon at its centre, and the logo transforms into an interactive turntable. Now, you can play DJ, spinning a bunch of records that were instrumental to the creation of hip-hop. An accompanying video tutorial boasts narration from graffiti artist and TV presenter Fab 5 Freddy.

The doodle marks the 44th anniversary of the Bronx block party that birthed hip-hop. It was there that DJ Kool Herc invented the "break" (by isolating the percussive portion of a beat). The term also lends itself to breakdancing, a style of dance synonymous with early hip-hop.

While it's no DJ Hero, Google's interactive music tool does boast some replay value. Using click-and-drag controls you can scratch the records, change the crossfader and BPM, and pick and choose from a crate of iconic vinyls. It even boasts achievements (ten in total) that reward experimentation. Before you know it, you'll be spinning beats like a pro. All that's left is to get a friend to rap over them. Wisely, Google auto-mutes the music if you navigate to a new tab. Allowing you to put your procrastination (sorry, mix) on hold while you attend to more important matters.

In this article: dj, entertainment, google, GoogleDoodle, hip-hop, internet
All products recommended by Engadget are selected by our editorial team, independent of our parent company. Some of our stories include affiliate links. If you buy something through one of these links, we may earn an affiliate commission.