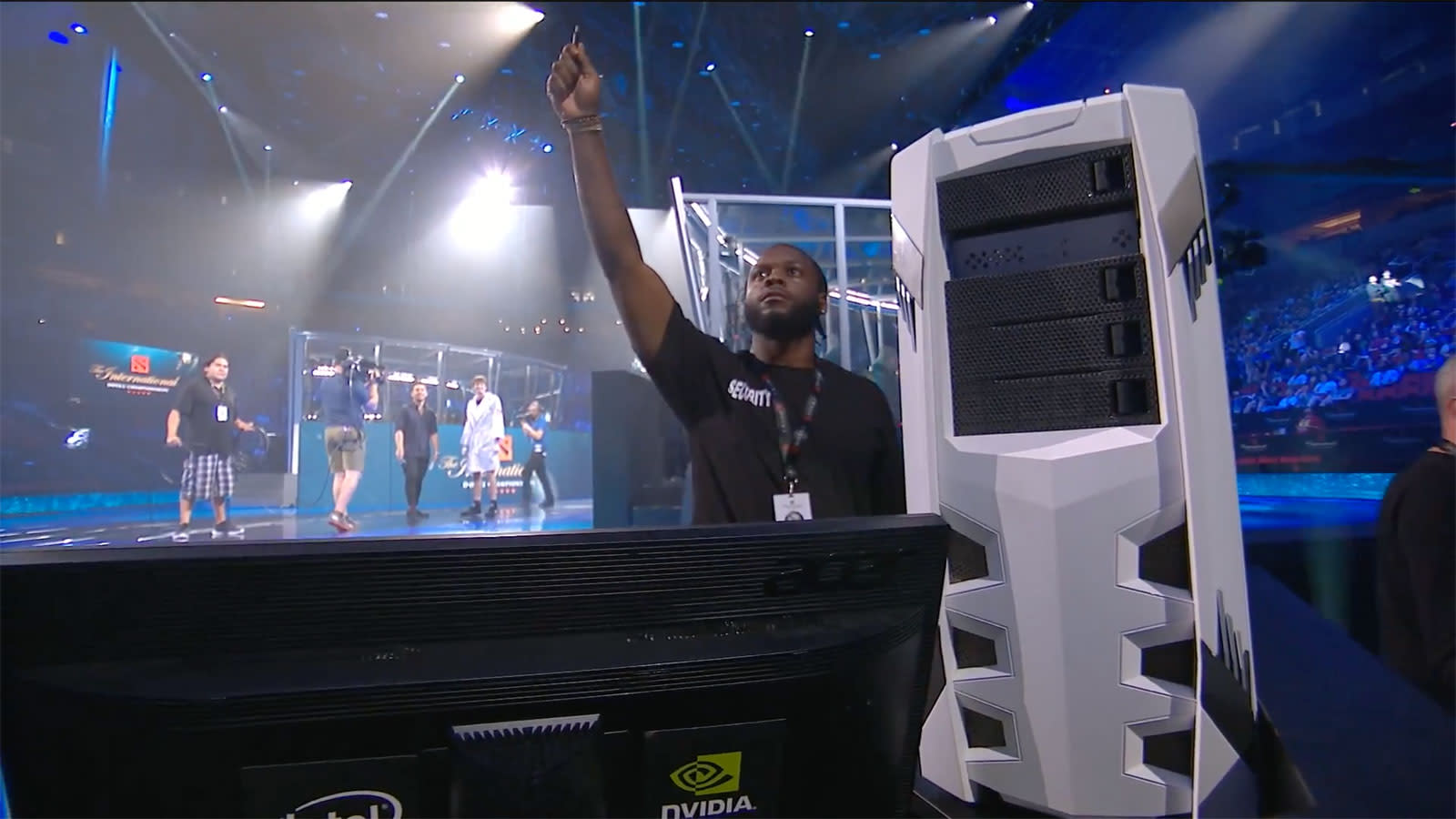 Artificial intelligence isn't just good at playing Go -- it can also emerge victorious in the eSports arena. The Elon Musk-backed OpenAI team has developed a machine learning system that has beaten "many" of the best pro Dota 2 players in one-on-one matches, including star player Dendi during a live demonstration at The International. The trick wasn't to teach the AI how to play the game -- instead, it was to have the bot play many games against itself, and encourage ideal behavior as it learned the ropes over time.

The result is an AI that not only has the fundamentals nailed down, but understands the nuances that take human players a long time to master. It's adept at tricks like zoning (preventing the enemy from hitting your creeps to deny them experience and gold) and raze faking (starting a raze animation to trick an enemy into dodging a non-existent attack). While its actions per minute aren't any better than that of an average flesh-and-bone player, the choices make a huge difference. And it doesn't take too long to learn, either; OpenAI's creation can beat regular Dota 2 bots after an hour of learning, and beat the best humans after just two weeks.

Of course, these victories came about under controlled, ideal conditions. One-on-one matches are far less complex than standard five-on-five matches, and it's notable that the machine learning system doesn't use the full range of tactics you see from human rivals. OpenAI hopes to have its bot mastering five-on-fives by next year's Invitational, though. And while Elon Musk is a bit hyperbolic when he says that Dota 2 is "vastly more complex" than Go, it's true that even this limited accomplishment is impressive. The title not only involves much more freedom of movement than most board games, but depends on feinting, denial and other less-than-obvious tactics. What OpenAI has learned with Dota 2 might just translate to other fields where understanding subtleties can be crucial to success.

In this article: ai, artificialintelligence, azure, dota2, elonmusk, esports, gaming, gear, machinelearning, openai, personal computing, personalcomputing, robots, theinternational, valve, video
All products recommended by Engadget are selected by our editorial team, independent of our parent company. Some of our stories include affiliate links. If you buy something through one of these links, we may earn an affiliate commission.