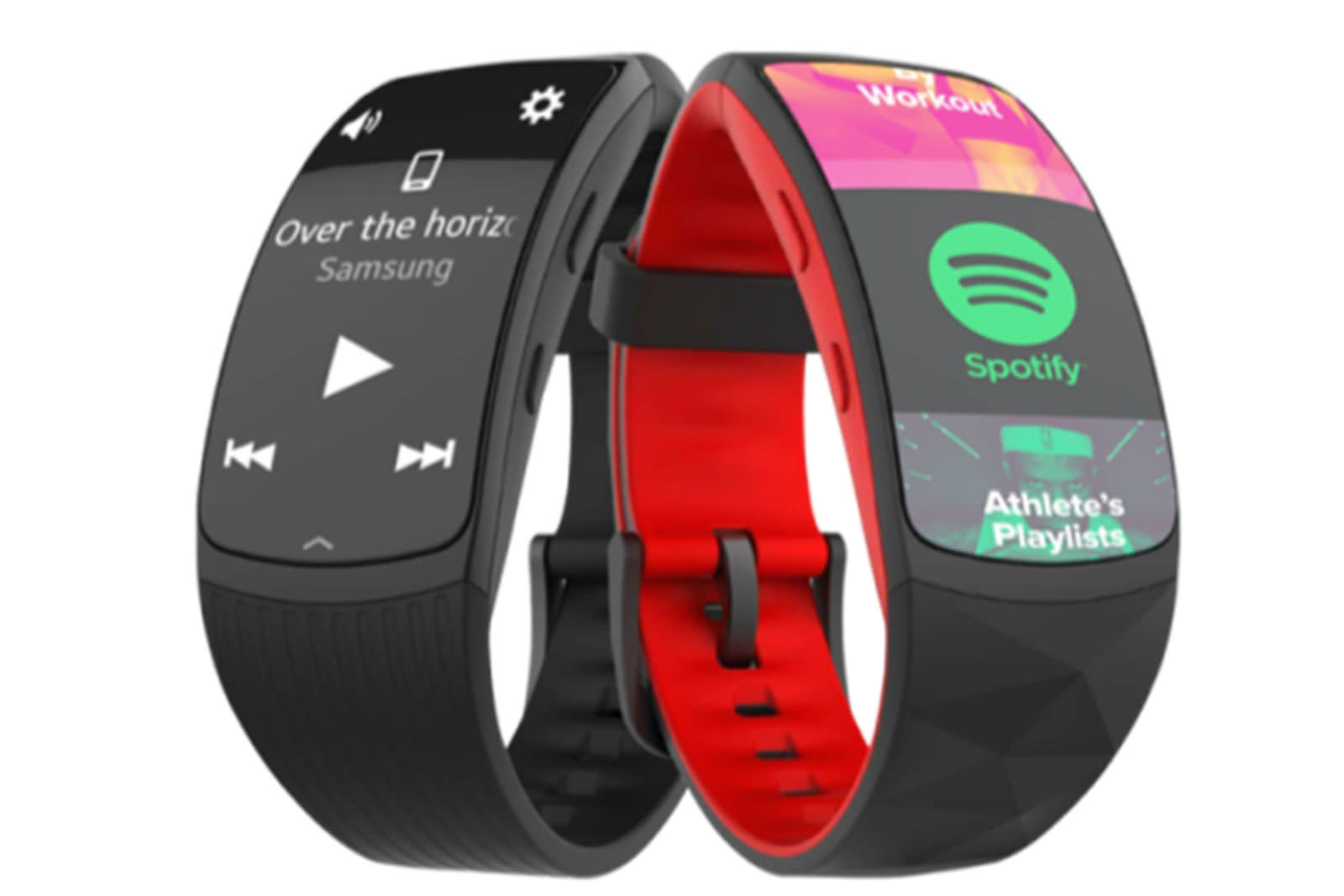 We liked Samsung's Gear Fit 2, but it had its limits. You couldn't use it to track your swimming, for starters. It's a good thing, then, that well-known leaker Evan Blass claims to have a training deck detailing a sequel that should be unveiled at Samsung's August 23rd event. The Gear Fit 2 Pro would look much like its predecessor, complete with that tall, curved display, but would include some big design upgrades. Most notably, it would add 5 ATM water resistance and that hoped-for swim tracking -- it'll sync up with the Speedo On app. Accordingly, the Pro switches from a snap-on strap to a watch-like buckle to prevent it from falling off in mid-backstroke.

The full extent of the software upgrades isn't available, but the new wristwear should also support offline Spotify playback. So long as you have a pair of Bluetooth headphones, you won't need to bring your phone to get a soundtrack for your gym sessions. GPS tracking was already included in the Fit 2 and should carry over here.

There's no mention of pricing, not to mention whether this will replace or complement the Fit 2. The Pro badge suggests that it could be sold alongside the earlier wristwear, but nothing mentioned so far would explicitly justify a price hike. There's only a few days until the reported launch, though, so it won't take long to learn whether or not the new model is within your budget.

Update: Blass has obtained info from a "big box retailer" suggesting the Gear Fit 2 Pro will cost $200. Don't be surprised if this changes, but it does offer a ballpark figure.

In this article: activitytracker, fitness, fitnesstracker, gear, gearfit, gearfit2pro, ifa2017, mobile, samsung, wearable, wearables
All products recommended by Engadget are selected by our editorial team, independent of our parent company. Some of our stories include affiliate links. If you buy something through one of these links, we may earn an affiliate commission.