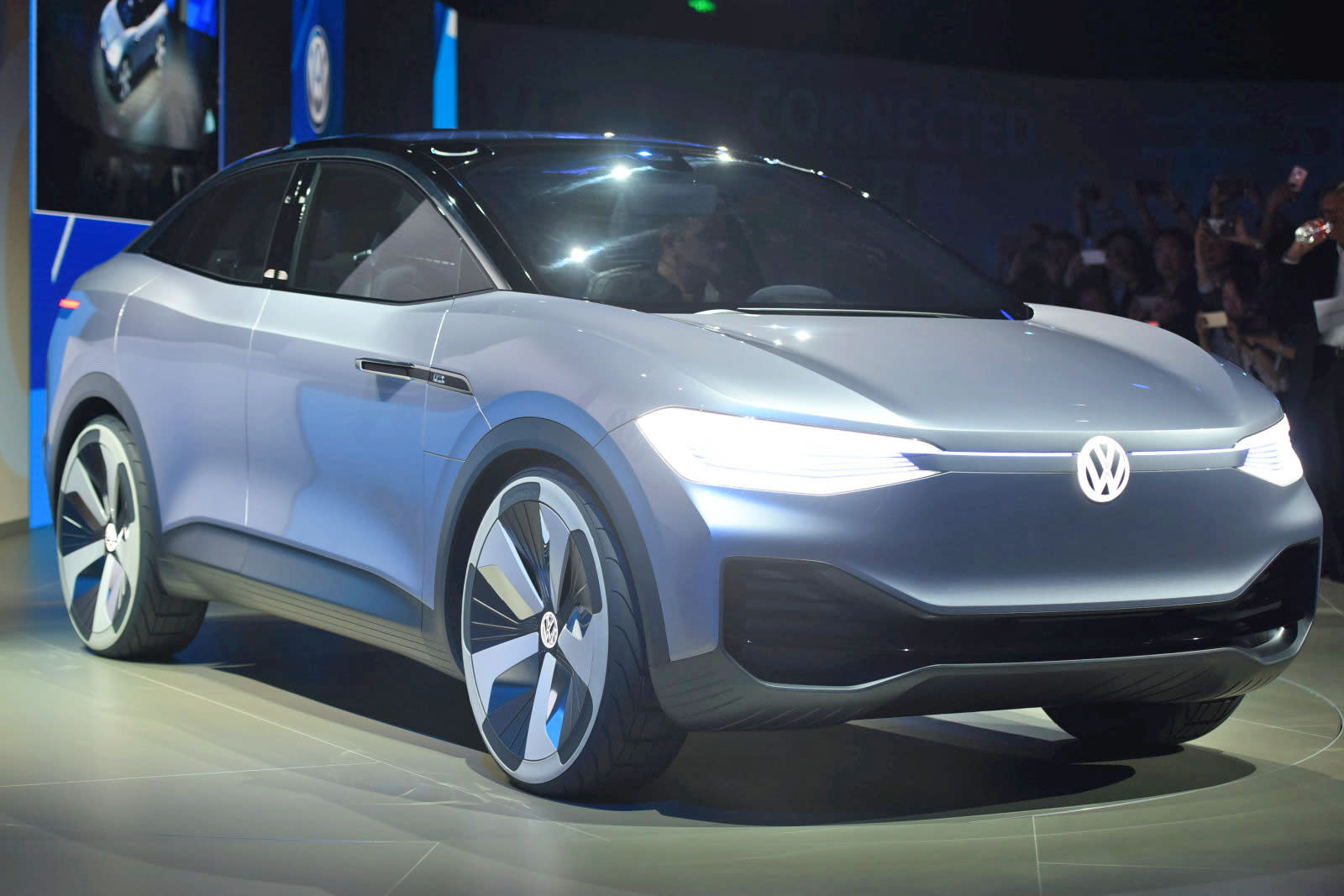 Are you champing at the bit waiting for Volkswagen's ID electric cars to hit the market? You might not want to be picky about the choice of body style. Sources speaking to our Autoblog colleagues say that the while the regular, hatchback-style EV will launch first, it won't reach the US -- at least, not initially. Instead, the ID Crozz would be the first of the lineup on American shores, arriving in late 2020 or in 2021. It's not clear why VW would make this move, but it's likely to accommodate a recent American taste for crossovers and target an EV audience that has gone relatively untapped. The Bolt is really more of a hatchback despite Chevy's marketing, and the Tesla Model X is both closer to a pure SUV and priced well beyond the budget of most drivers.

As for the Microbus-inspired ID Buzz? That hasn't been cleared for production, but it might stand a chance. While the original Microbus concept was unlikely to ever hit the streets because of its one-off platform, the Buzz might make it because it shares the same underpinnings as other ID models. The uncertainty could lead to a prolonged wait, however. A finished Buzz might not be ready until closer to 2025.

Even the 2020 window is a long way off, so we wouldn't count on everything panning out no matter how accurate the insiders might be. However, the plans at least make sense. The regular ID is clearly aimed at drivers who would otherwise buy the Golf, which is considerably more popular in Europe than it is in the States. Also, the Crozz may be an ideal EV for a large-scale American launch. Its dual-motor all-wheel drive, far stronger 302HP output and relatively realistic design could help it sell in volume to Americans concerned that EVs might not handle snow and rough back roads.

In this article: buzz, crozz, electriccar, electricvehicle, ev, gear, id, idbuzz, idcrozz, transportation, volkswagen, vw
All products recommended by Engadget are selected by our editorial team, independent of our parent company. Some of our stories include affiliate links. If you buy something through one of these links, we may earn an affiliate commission.