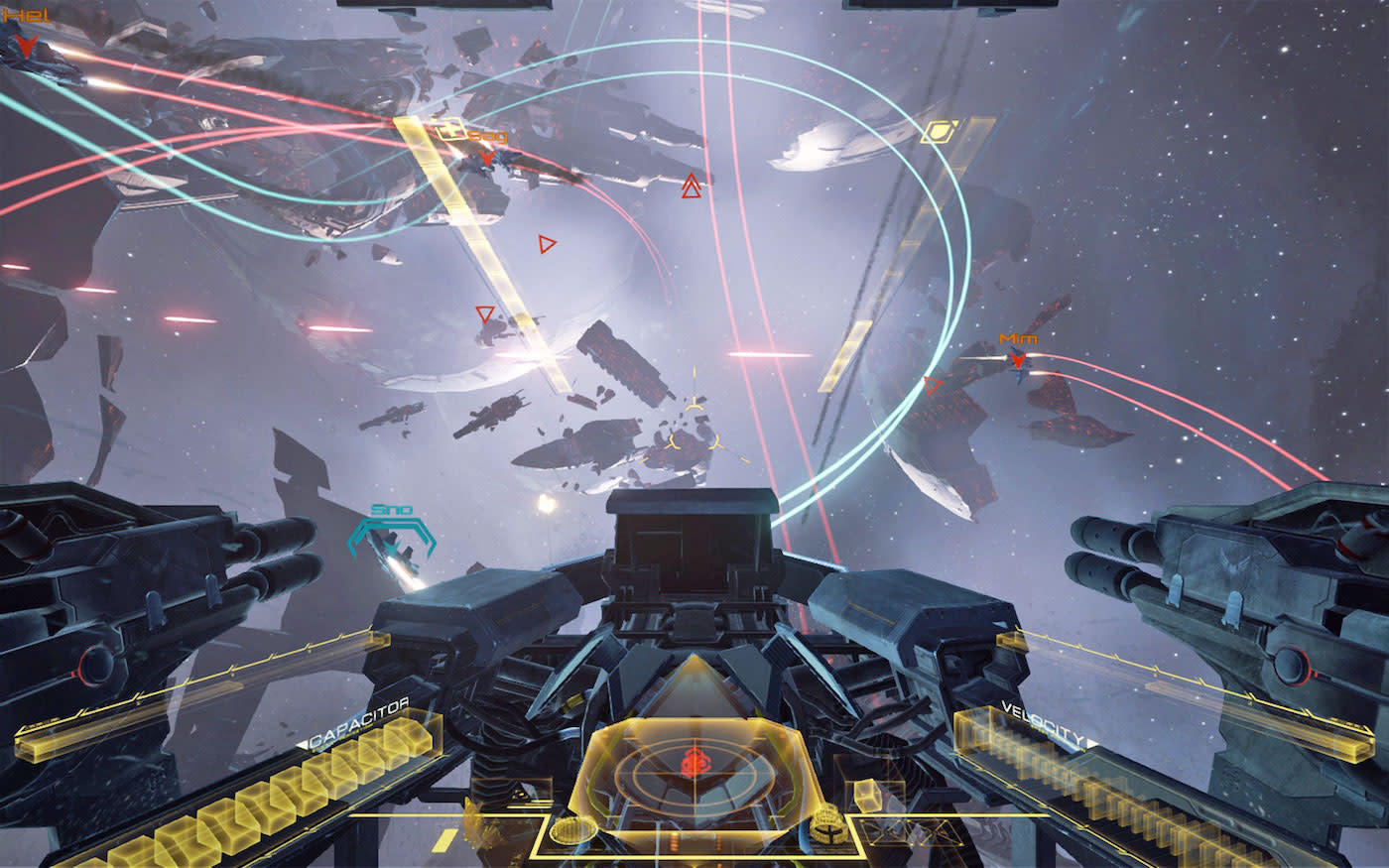 EVE: Valkyrie was one of the first games Oculus used to show off one of its Rift prototypes, and since 2014, the game has been associated exclusively with virtual reality. That's changing. The game's "Warzone" update will strip the VR headset requirement, allowing anyone with a PlayStation 4 or powerful enough PC to play the game. If you're keeping track at home, that means true cross-platform multiplayer is here; you'll be able to battle folks on HTC Vive, Oculus Rift, PC, PS4 and PSVR.

Earlier this year, Microsoft announced that a version of the Oculus-exclusive platformer Lucky's Tale would arrive on Xbox. But since that's appearing on a brand new platform (with a new name), it's different from how Valkyrie is going about things.

The forthcoming update also brings in new ships, an overhauled progression system and a few fresh maps, among other bits and bobs. The free patch will go live September 26th, and there's more information at the link below.

In this article: av, eve, evevalkyrie, gaming, htcvive, oculusrift, pcgaming, playstation, playstation4, playstationvr, psvr, steam, steamvr, update, virtualreality, vr
All products recommended by Engadget are selected by our editorial team, independent of our parent company. Some of our stories include affiliate links. If you buy something through one of these links, we may earn an affiliate commission.