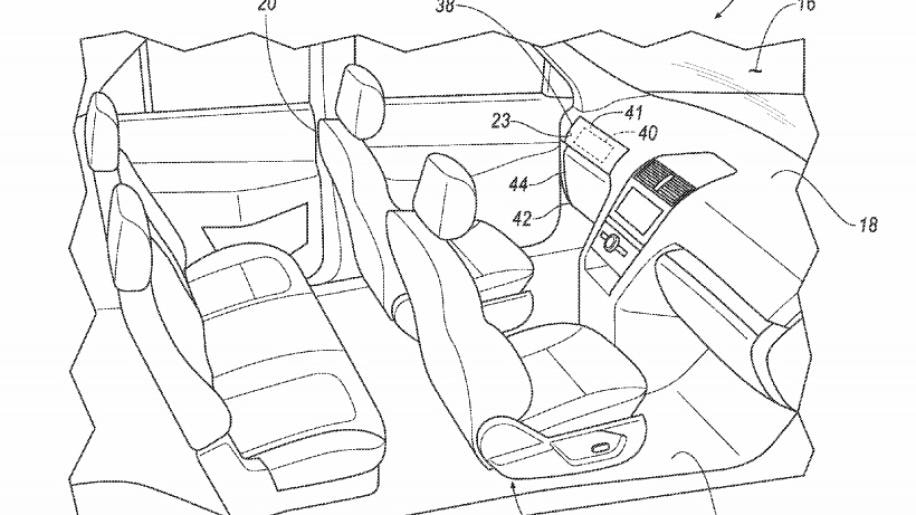 Lawmakers have cautiously supported automakers' experiments with self-driving vehicles, but they've been split on whether cars need a steering wheel at all times in case humans need to take over. But with more and more concepts ditching control elements (wheels, pedals, gear shifts) entirely, it's likely a matter of time before those wholly autonomous options head to consumers. In the meantime, a patent Ford filed has been published that splits the difference: A wheel and pedals that are completely removable.

Ford actually filed the patent in February 2016, and it was awarded to the automaker last week on August 10th, as originally reported by Motor1. It's not a perfect solution, the document notes: Designers will have to reconsider how they implement airbags, which are traditionally situated in the steering wheel. Ford's patent proposes one in both the wheel and dashboard behind it, electronically switching off the latter if the wheel column is locked in.

But it isn't just about popping a wheel in and out: This redesign would probably require major changes to an automobile's interior, both cosmetically and from a mechanical standpoint. Pretty much everything in a driver's seat has been designed around the steering wheel and column since 1908 when Ford released the Model T.

While this is only a patent, it shows that automakers are thinking hard about steering and control compromises that will let them sell autonomous vehicles in countries with different legal requirements -- along with users who might just want to take the wheel from time to time.

Update: The post originally said that the steering column is an integral part of any car's frame, which is not accurate. It has been updated with the correct information.

In this article: autonomous, ford, gear, transportation
All products recommended by Engadget are selected by our editorial team, independent of our parent company. Some of our stories include affiliate links. If you buy something through one of these links, we may earn an affiliate commission.