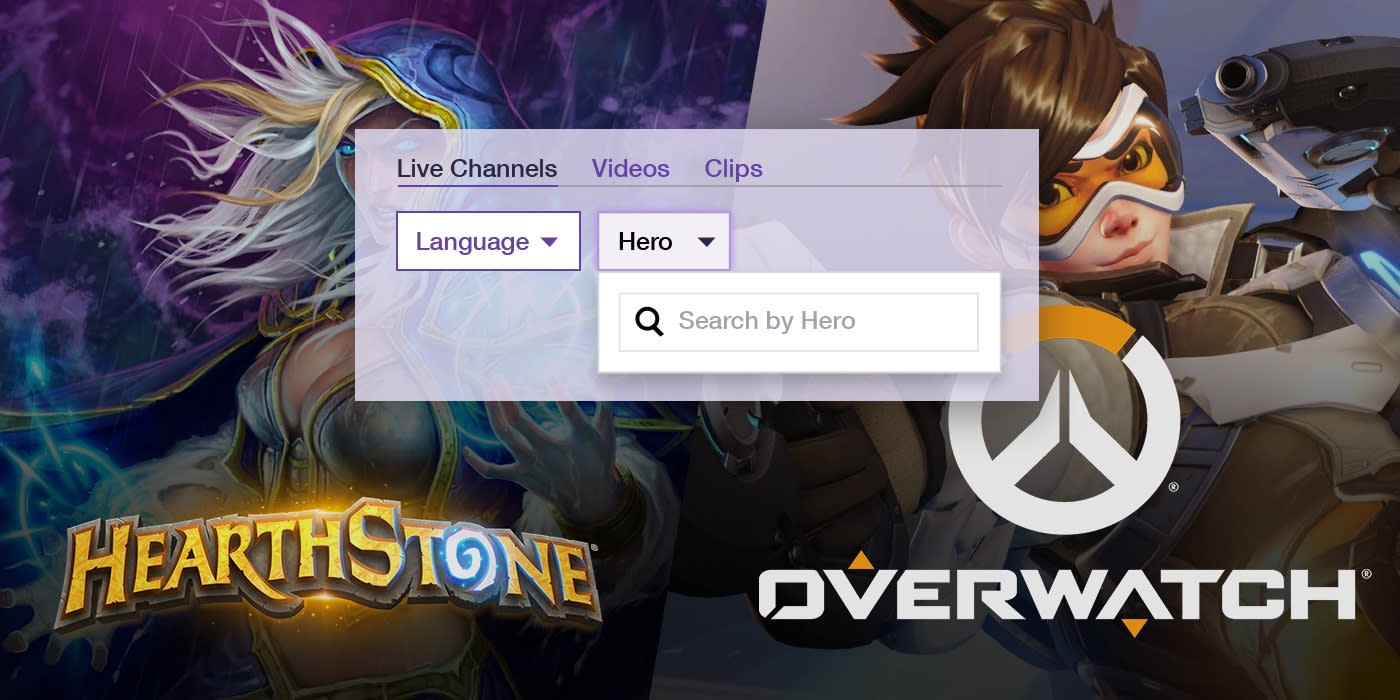 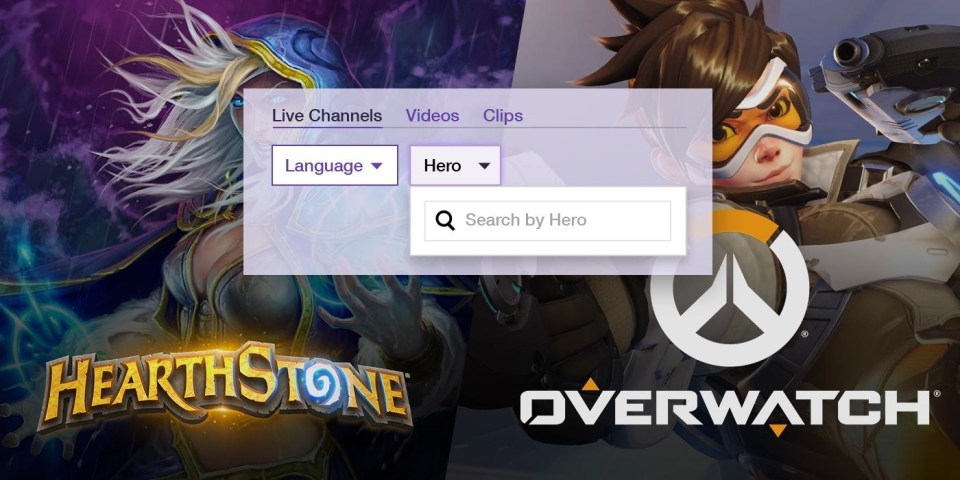 Overwatch and Hearthstone fans will now find it easier to discover livestreams most relevant to them after Twitch introduced new channel filtering options for the popular Blizzard titles. From today, viewers can open a new menu that appears at the top of each directory, which allows them to select channels based on what hero a streamer is playing, as well as the opportunity to filter by game mode, player rank, number of wins in Hearthstone games.

It's not the first time Blizzard has teamed with Amazon's livestreaming service, nor is it the first time Twitch has integrated metadata filtering options for popular esports games. In June, the two companies partnered to broadcast over 20 tournaments for competitive Hearthstone and Overwatch games, while offering Twitch Prime members a free Overwatch Golden Loot Box containing a guaranteed legendary item. Twitch also debuted filtering options for League of Legends, its most-viewed game, back in April.

The filters themselves were enabled by the team behind ClipMine, a recent Twitch acquisition. According to Twitch, Clipmine's deep learning video platform is capable of recognizing in-game objects, text and levels, which can then be selected via the site's filters. If a player wants to get better at playing Reaper in Overwatch, for instance, the filters will identify when a Twitch streamer is playing that same hero and make their gameplay available in the directory.

"Video game streams have a very rich structure that has been difficult to exploit for the purpose of enabling content discovery," said Zia Syed, founder of ClipMine and Twitch's director of engineering. "By employing computer vision and machine learning developed at ClipMine, we have been able to recreate that structure in a reliable, scalable and cost effective way. This enables us to match creators and viewers in a very precise manner opening up new ways of content discovery on Twitch."

"Since Overwatch and Hearthstone are also among our most popular competitive games whose players take to Twitch to improve their skills by watching others play, we focused on how we can improve discovery for them. Our new metadata filters now make it easy to find more granular aspects of gameplay that previously required a lot more searching," added JT Gleason, Director of Integration Success at Twitch.

In this article: av, blizzard, gaming, hearthstone, internet, livestream, overwatch, streamer, streaming, twitch
All products recommended by Engadget are selected by our editorial team, independent of our parent company. Some of our stories include affiliate links. If you buy something through one of these links, we may earn an affiliate commission.