How to watch the eclipse, regardless of where you live

You've been hearing a lot about the eclipse, but now that it's finally almost here, do you know how you're going to view it? If you live in the contiguous US, whether you're in the area that will see a full solar eclipse or not, you have multiple options on how to watch this event.

If you're planning on being in the path of totality, the area from Oregon to South Carolina where the moon will fully obscure the sun and you'll experience a full solar eclipse, it's pretty straightforward. If you're driving to a spot along the path of totality, find one with a good, wide viewing angle in advance and get on the road as early as possible on Monday. Traffic is going to be an utter mess, so plan on a lot of extra time to reach your destination. (You should also expect a traffic jam on the way home. Bring snacks, basically.)

How early you should plan on arriving depends on what you want to see. It takes about an hour and a half between when the moon first begins to cover the sun and the actual total eclipse. My recommendation is to just arrive as early as possible to make sure you grab a good spot. If you're trying to time it precisely (say, if you can literally see the event from your backyard), make sure you're basing your plans on the time that totality will occur and not when the eclipse first starts. If you're not sure when that is, make sure to look it up based on your location.

Bad weather could also interfere with your view of the eclipse. If the forecast doesn't look promising, allow yourself enough time to drive to an alternate viewing location. If you're going to all this trouble to watch this event, you'll want to make sure that it doesn't literally rain on your eclipse. 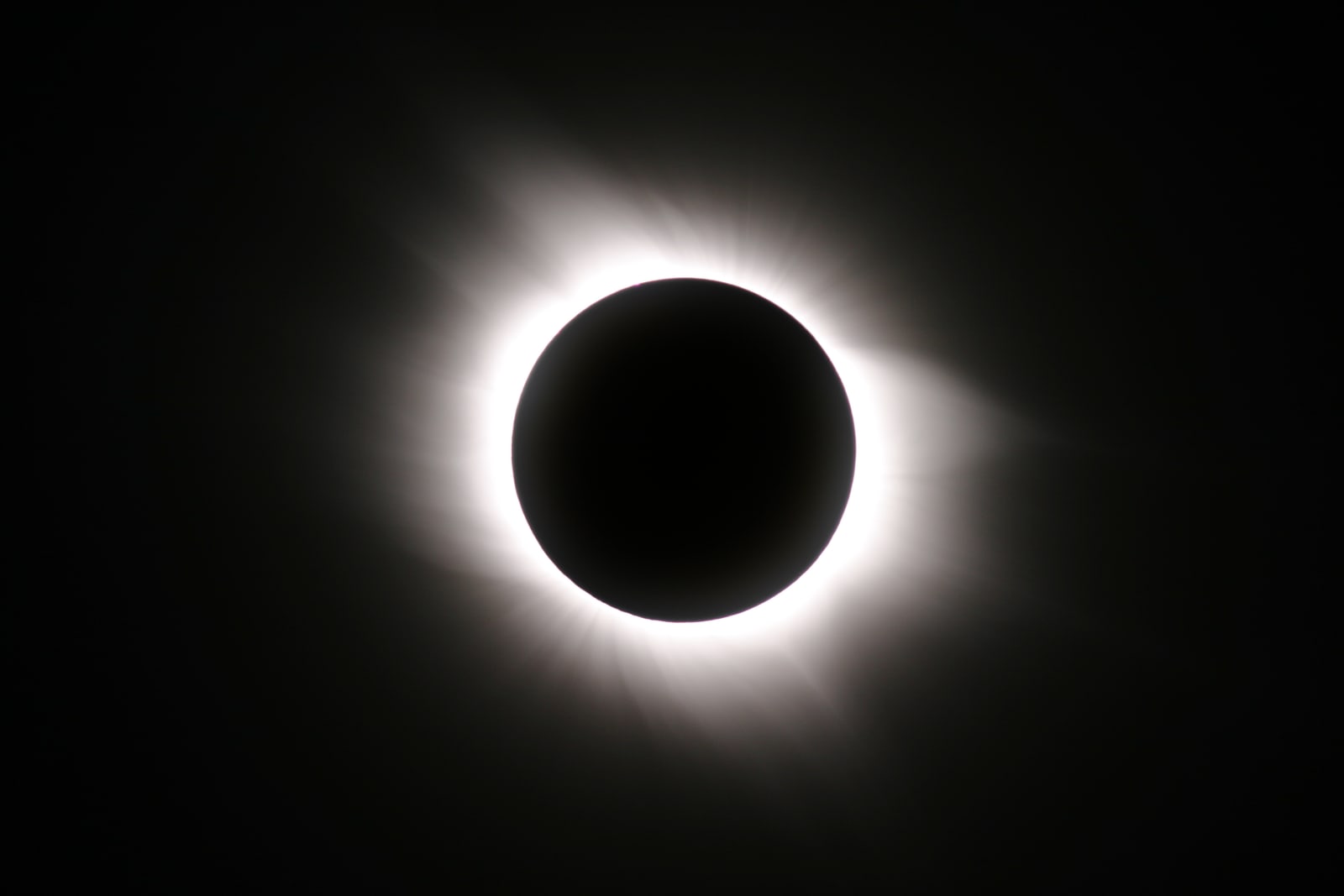 For those who aren't in the path of totality, there are still ways to watch and enjoy the eclipse. While seeing a partial eclipse isn't nearly the experience of a total solar eclipse, it's still worth stepping away from whatever you're doing to watch. The really cool thing is that everyone in the continental United States will be able to see something, even if it's not a view of the fully obscured sun.

But before you run outside, make sure you have eclipse glasses, even if you're only viewing a partial eclipse of the sun. We all know not to stare at the sun, but sometimes excitement can get the better of us. If you're just seeing a partial eclipse, you might think that the sun is partially obscured and not as bright, and therefore it's safe to look at. That is not how it works. If you stare at a partially eclipsed sun without proper eyewear (and sunglasses don't count as proper eyewear), you will damage your eyes. The only time during an eclipse that it's safe to take off your eclipse glasses is during those couple of minutes of totality. If you aren't seeing a total eclipse, it's never safe.

If you don't have eclipse glasses, there are still places you can run out to buy them, but supplies are very low. Don't buy eclipse glasses off the back of a truck, though. They could be counterfeit and thus provide no protection. The American Astronomical Society has a list of reputable vendors, including chain stores such as Toys R Us, that sell quality eclipse glasses. Schools, museums and other educational institutions also may have them in stock. Many of these vendors are selling out as the eclipse approaches; if you can't find a pair of glasses or solar viewers, try making a DIY solar viewer or a solar viewing projector. 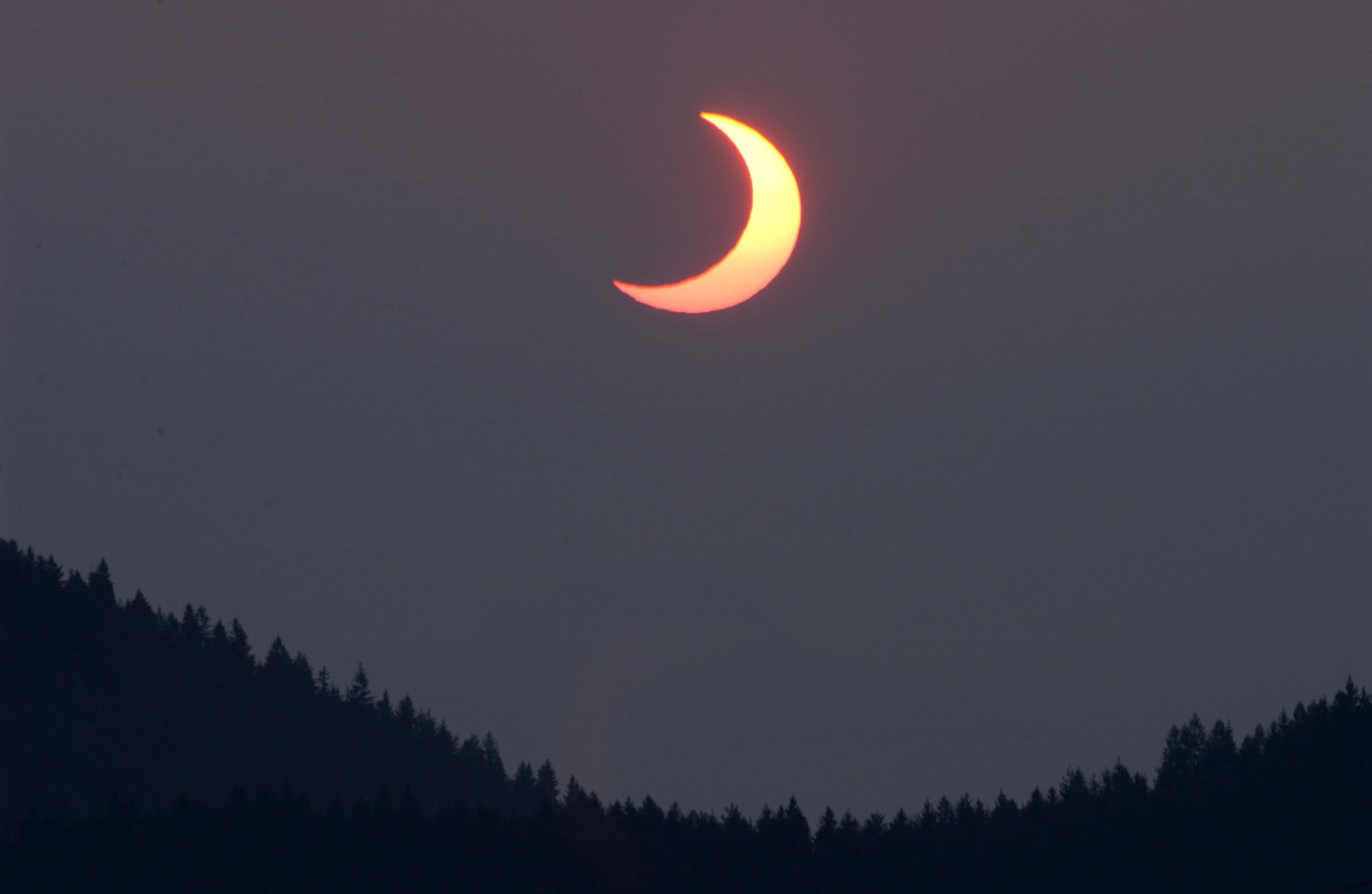 You may be more interested in a virtual stream of the total eclipse than seeing a partial one in real life. While it's no substitute for the real thing, I can't blame you for that. Luckily, there are countless ways to stream the eclipse to your computer or mobile device, depending on what exactly you're looking for.

NASA will have a whole livestreaming bonanza happening from 12 noon to 4 PM ET that includes live coverage from 12 locations, even the International Space Station. You can see it on NASA TV, as well as on Facebook Live, Periscope, Twitch or Ustream, through NASA apps or on the web.

If you're interested in VR, then CNN is probably your best best. They're streaming the eclipse from multiple locations in 360-degree 4K video. If you have an Oculus Rift or a Samsung Gear VR, watching this feed should be a no-brainer. They'll also have astronaut Mark Kelly as co-host of their programming, which starts at 1 PM ET. If you don't have a compatible VR device, you can also see it on Facebook Live, CNN.com and through CNN's mobile apps.

But wait, there's more! Twitter and the Weather Channel are joining forces to track the solar eclipse across the country. This is more of a virtual Twitter party than straightforward viewing, but it will incorporate all kinds of footage, from drone video to tweets. You can follow along with that endeavor starting at noon ET.

Regardless of where you'll be or how you watch it, it's worth taking a few minutes out of your day to take part in this historic event. And if you're lamenting the fact that you aren't in the zone of totality, you'll have another shot when a full solar eclipse passes over the United States again in 2024.

Update: Shortly after this post went up, USA Today and Instagram announced a partnership to livestream the eclipse. It will feature real-time video along the path of totality, across the US. You can see the feed on their dedicated page or via Facebook Live.

Additionally, if you want to watch on YouTube, you can at the following places: The Weather Channel, PBS NewsHour, ABC News, Discovery's Science Channel, Telemundo, Univision, Washington Post, TIME, NASA and Exploratorium.

NASA will also be livestreaming the eclipse via Facebook Live in 360-degree 4K.