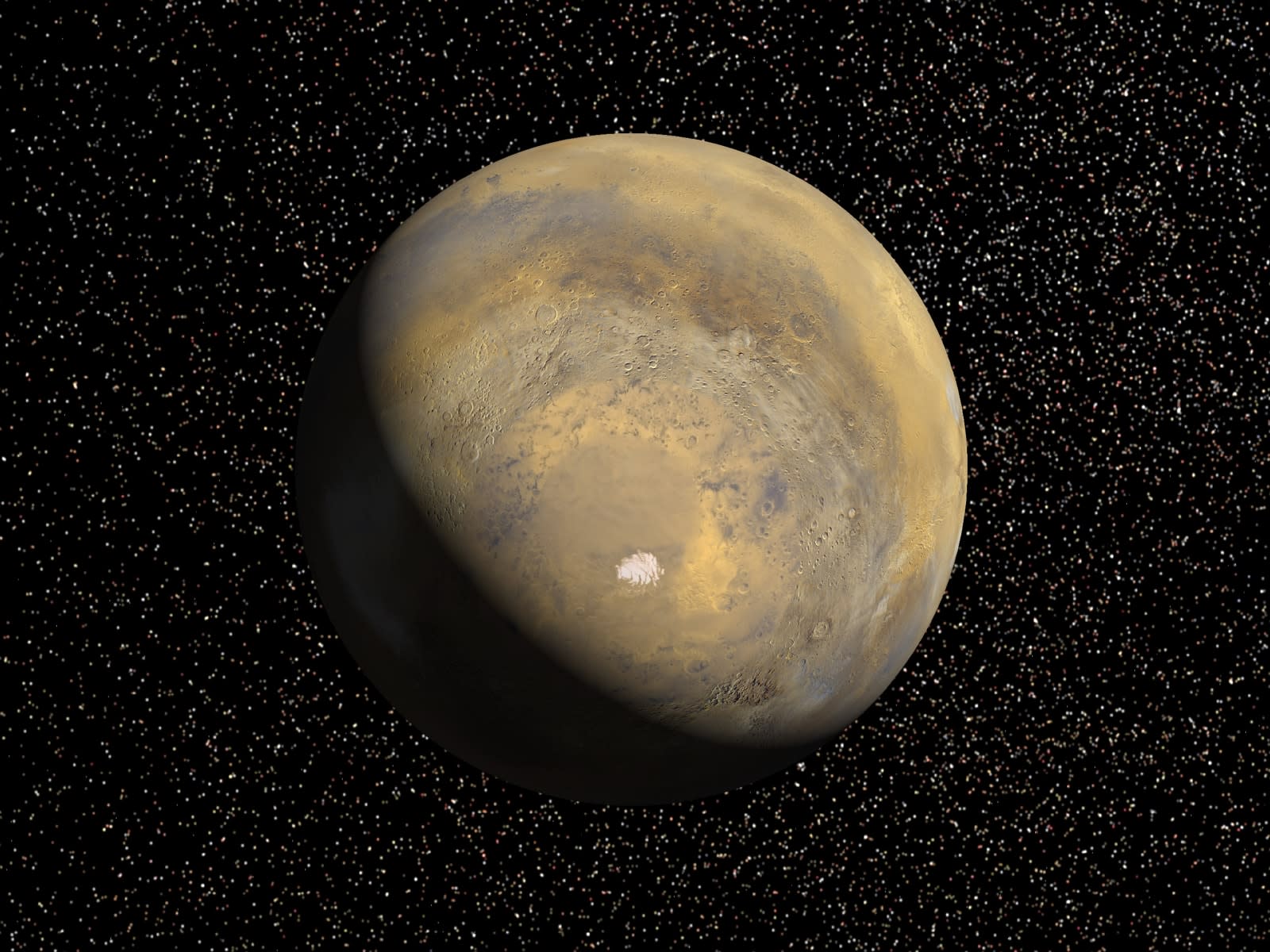 Certain areas of Mars develop clouds at night that drop icy rain rather quickly -- and in some areas, perhaps snow. While neither have been strictly observed, researchers have developed new computer models that forecast frozen precipitation on the red planet, which might lead to snowy drifts. And while science had previously theorized that Martian precipitation in these storms took hours to descend one mile, the new predictions shave that down to minutes under certain conditions.

In short, faster-falling snowstorms could affect how particles, like dust and chemicals, mix in the air. The new findings, as outlined in a study in Nature's Geoscience, might even push scientists to update Mars' climate models.

"We need to investigate what would be the impact of those phenomena on the global cycle of dust and water on Mars," Aymeric Spiga, planetary researcher at Université Pierre et Marie Curie and lead author of the study, told The Verge.

We'd known Mars had snow since shortly after the Phoenix probe landed on the planet in 2008 and reported both icy precipitation and, well, ice. Spiga and his fellow researchers used data collected by the Mars Global Surveyor and the Mars Reconnaissance Orbiter, both of which hang out in orbit around the planet. They found that the nocturnal conditions can make the thin layer of clouds cold enough to destabilize, which can lead them to create swift winds that carry ice quickly down to the surface. Or, at least, relatively quickly: Prior models predicted that it took hours for icy particles to drop a mile, while these storms can send them dropping the same distance in five to ten minutes according to Spiga's and his peers' data.

This suggests to Spiga's group that the winds, not gravity pulling ice particles planetward, is responsible for the swift descent. It bears further scrutiny -- something that could be investigated further by another lander. That can be a perilous endeavor, as the European Space Agency learned when its ExoMars Schiaparelli craft lost contact with Earth and plummeted toward Mars last fall.

In this article: mars, MarsGlobalSurveyor, MarsReconnaissanceOrbiter, space, weather
All products recommended by Engadget are selected by our editorial team, independent of our parent company. Some of our stories include affiliate links. If you buy something through one of these links, we may earn an affiliate commission.