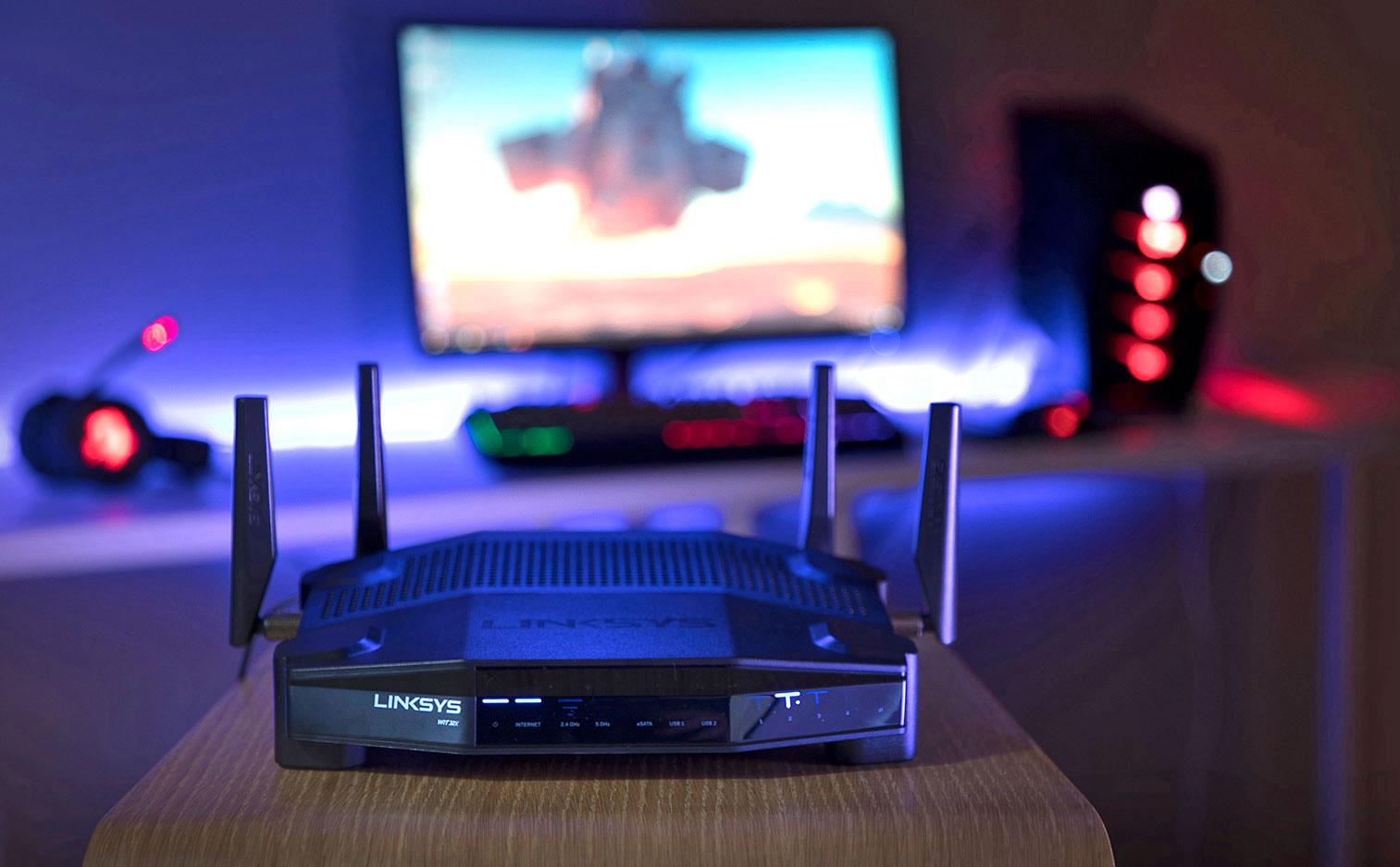 You might not think twice about your router (unless it crashes), but gamers looking for every edge do. For those folks, Linksys has unveiled the $300 WRT32X Gaming Router, a model it developed in collaboration with Rivet Networks. It uses that company's "Killer Prioritization Engine" to reduce ping times by as much as 77 percent, Linksys claims, provided you have a Razer, Alienware, MSI or other PC with the same tech.

The idea is relatively simple. The WRT32X determines which devices connected to it also have Killer Networking hardware. It then works with the network to "prioritize important gaming and video networking traffic above other devices in the home." If bandwidth is saturated, the device simply lowers what's available to other apps and users. PCs equipped with the router can also tell it to reduce priority for less important traffic like downloading when you're gaming.

In other words, it will reduce the quality of your granny's knitting tutorial videos so that you can blast tanks and call your crew on Overwatch. At the same time, it's customizable so you can prioritize streaming video, for instance. "The WRT32X will [then] treat those packets like gold and ensure nothing in the home slows down those streaming video networking packets," notes Linksys in the PR.

Linksys adds that the WRT32X has "enterprise grade hardware" and custom-built firmware, complete with a special GUI that "won't be found on any other router." The UI, which appears in a special tab on the Killer Control Center of your PC, will supposedly make it easier to change key gaming network settings and get stats, and has an "edgy design" to match the WRT hardware.

Style-wise, it's not the craziest gaming router we've seen, but normals would still probably want to hide it in a corner. As for the hardware, you're looking at 802.11ac Wave 2 dual-band 3x3 wireless radios, 256MB of flash storage and 512MB of DDR3 RAM, along with a dual-core ARM CPU. It's got four Gigabit ethernet ports, USB 3.0 and eSATA, too.

In other words, the premium price is getting you slightly better hardware, prioritization and Rivet's "Killer" network features. If you don't really need that, there are a lot of nice routers for a lot less money. Linksys' WRT32X arrives in September for $300.

In this article: gamescom2017, gaming, GamingRouter, gear, internet, KillerPrioritizationEngine, Linksys, router, WRT32X
All products recommended by Engadget are selected by our editorial team, independent of our parent company. Some of our stories include affiliate links. If you buy something through one of these links, we may earn an affiliate commission.