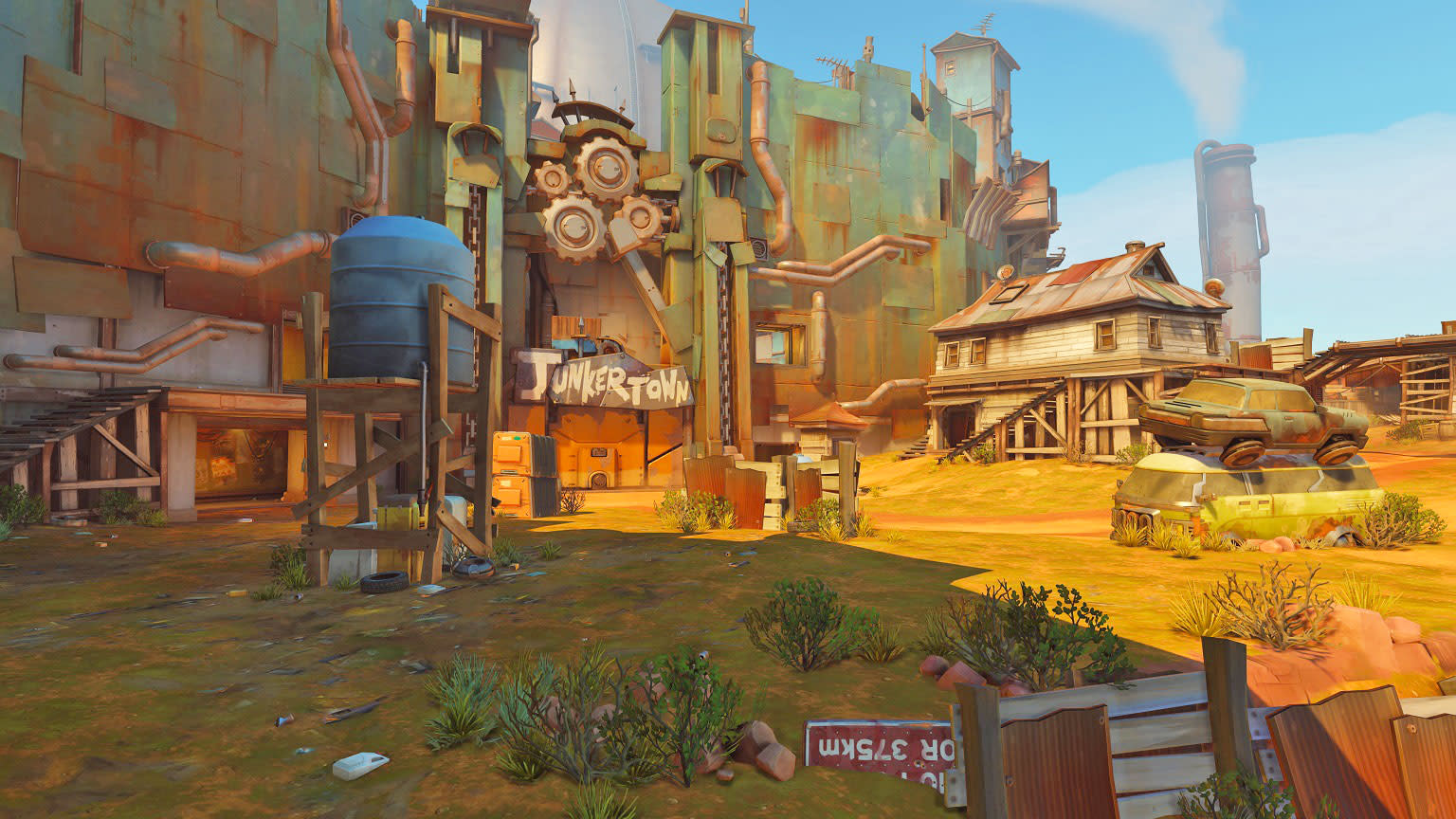 We're currently enjoying Overwatch's summer event (including our favorite addition, the grilldad Soldier 76 skin) and looking forward to the recently-announced deathmatch modes coming to the game. In other words, we weren't expecting much during Gamescom 2017. But for the second year in a row, Blizzard took the opportunity to announce a new map for its hero shooter: Fans at the show will be the first to tour the post-apocalyptic wasteland of Junkertown.

Set in the Australian outback, Junkertown sees players escorting a payload through a trash-ridden map filled with plenty of obstacles. According to the game's lore, the country was devastated by nuclear weapons used on the Omnic robots, and what's left is a devastated no-man's-land where the strong survive -- including Overwatch's resident mayhem match, Junkrat and Roadhog. While Gamescom attendees get first crack at the map, Blizzard hasn't stated when the map is coming to the game proper -- just that it will come to the PTR first.

Roadhog and Junkrat have returned home to JUNKERTOWN!

In this article: av, blizzard, gamescom, gamescom2017, gaming, overwatch
All products recommended by Engadget are selected by our editorial team, independent of our parent company. Some of our stories include affiliate links. If you buy something through one of these links, we may earn an affiliate commission.