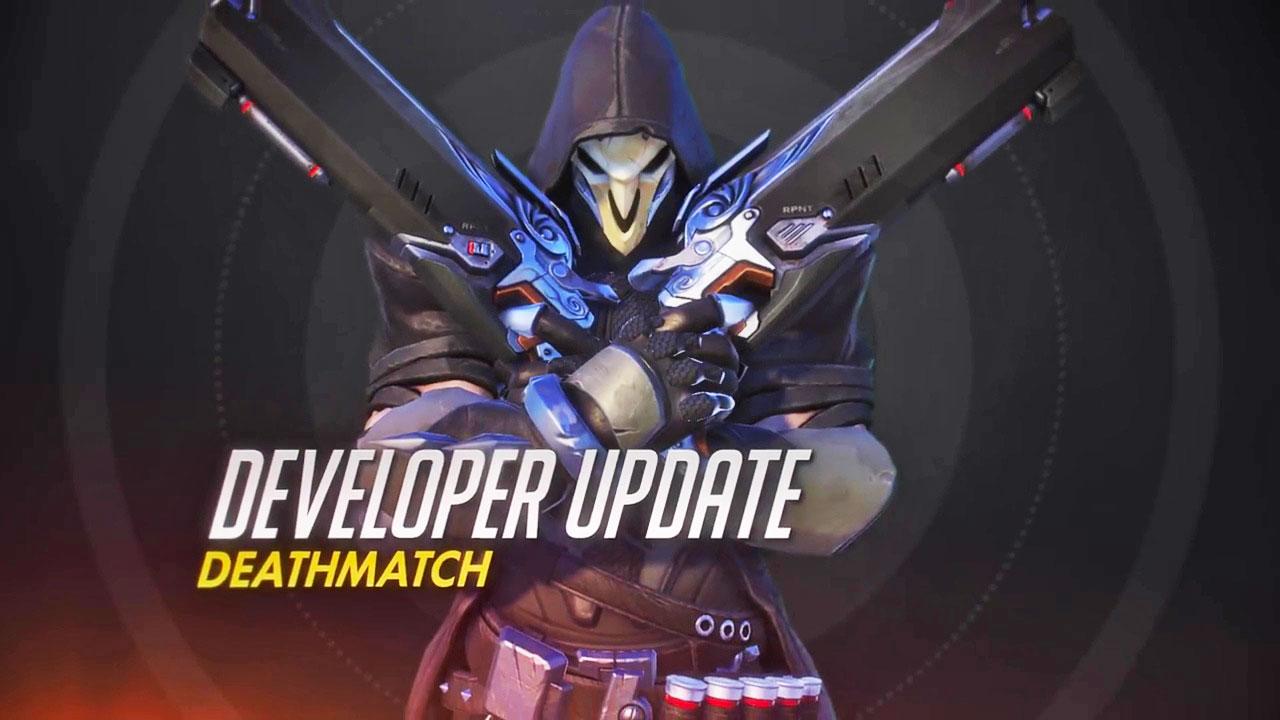 It's been a pretty big week for Overwatch. First came the introduction of the second annual Summer Games event, then the announcement that two new professional teams are joining the Overwatch League. Now, in an attempt to keep those good times rolling, Jeff Kaplan from the Overwatch Team has shared news of something that we thought we'd never see: a new Deathmatch mode.

In a new Developer Update video, Kaplan explained that Overwatch will soon be updated with Free-For-All and Team Deathmatch modes. The objective, like in many other popular FPS franchises, is to notch more kills than your opponents. The core experience sees you go up against seven other players and requires you to reach 20 kills to win. If you don't quite make it but you're in the top four, you'll still receive one win credit against your loot box tally.

Team Deathmatch is a similar affair, but it's 6v6 and requires the winner to get 30 kills. Mercy mains will also be pleased to hear that their "Heroes never die!" resurrections will remove kills from enemy tallies, allowing teams with the Swiss medic in their roster to put some distance between them and their rivals.

It's all thanks to the popularity of Overwatch's Arcade section, which debuted last year. The developers felt more comfortable introducing new game modes that don't affect team-based Quick Play or Competitive matches. Before this week, Blizzard had said that deathmatch modes did not contribute to the cooperative ethos of the game.

Deathmatches will use a number of existing objective and assault maps that have been modified to facilitate killing frenzies. There's also a new map, Chateau Guillard, which used to be Widowmaker's family ancestral home.

The new game modes are already live on Overwatch's PTR servers, meaning that if you're on PC, you can already see what's new. Console players, you'll likely have to wait a few weeks for Blizzard to iron out all of the bugs and make everything available publicly.

In this article: av, blizzard, deathmatch, fps, gaming, overwatch
All products recommended by Engadget are selected by our editorial team, independent of our parent company. Some of our stories include affiliate links. If you buy something through one of these links, we may earn an affiliate commission.