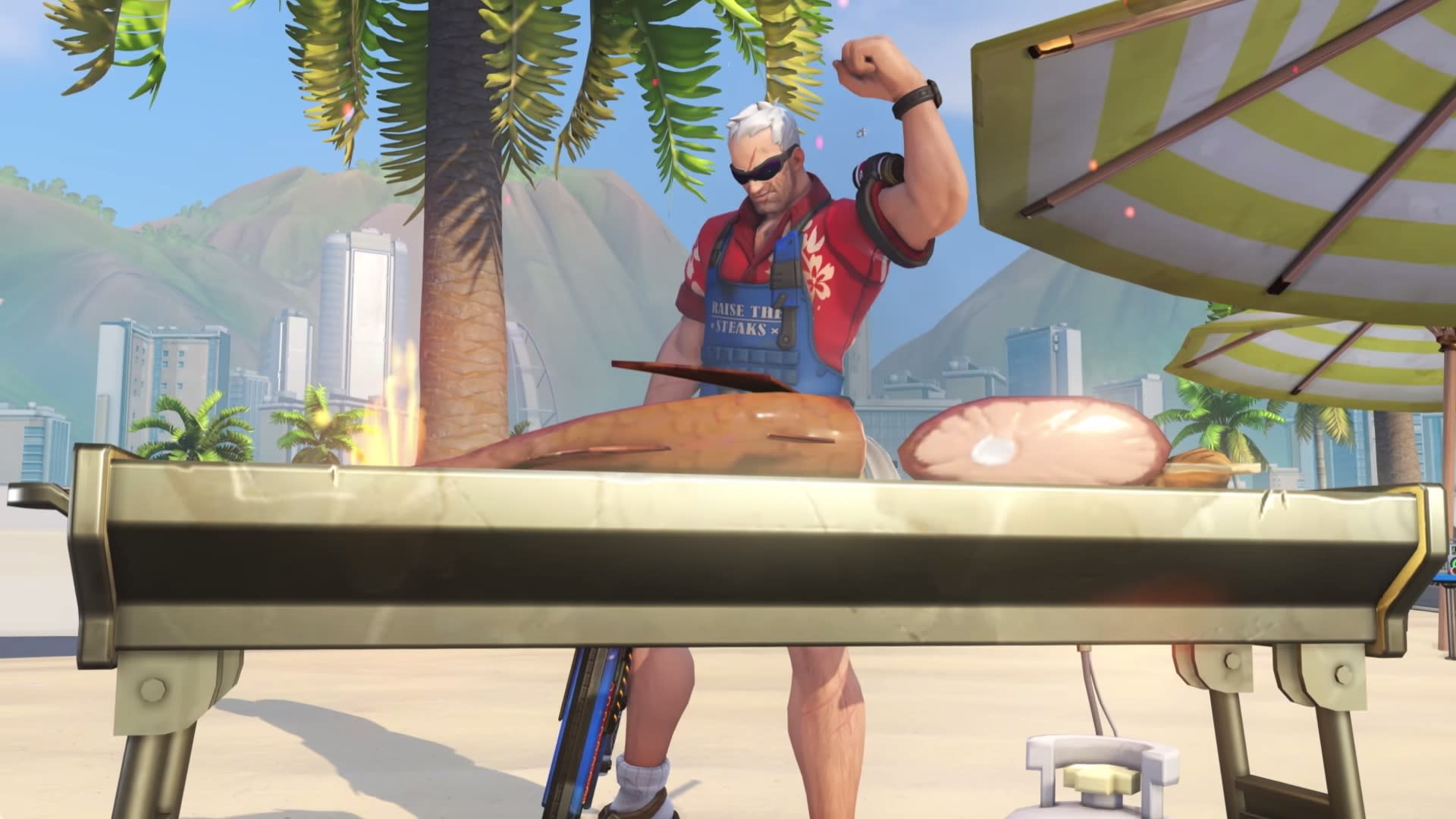 We knew it was coming, but the return of Overwatch's Summer Games is a welcome change. Like all of the game's seasonal events, this one brings the opportunity to earn skins, poses and other character content. But the second round of this Overwatch mid-summer event brings back another fan favorite from last year's Olympic-themed Summer Games: Lúcioball, the 3v3 soccer mode. Time to put on your skates and hit the field.

Hit the pitch and go for the gold...or just relax and have some fun! 🌴⚽🏅 pic.twitter.com/fIr2iDDi11

Lucioball gets a new map, adding a space-age Sydney field to the earlier Rio-themed pitch from last year. For players who have outgrown the casual bunny slopes, there's Copa Lúcioball, a competitive version with placement matches, skill tiers and leaderboards.

The event has plenty of summer-specific cosmetic content, but not all of it is new. Veteran players will recognize some sporting-themed stuff from last year's event, giving folks another chance to earn them before the event goes away. And hey, this time around, you can even buy them with in-game currency. Whether you're gunning for vintage American flag-wearing McCree or Tommy Bahama'd-out grill dad Soldier 76, get them before the Summer Games end on August 28th.

Note: If you're having trouble logging in or queueing for a game of Lucioball on any of the Overwatch platforms, you're not alone. Blizzard Customer Service tweeted that it's still working on a resolution for ongoing issues.

In this article: av, blizzard, gaming, overwatch, SummerGames
All products recommended by Engadget are selected by our editorial team, independent of our parent company. Some of our stories include affiliate links. If you buy something through one of these links, we may earn an affiliate commission.