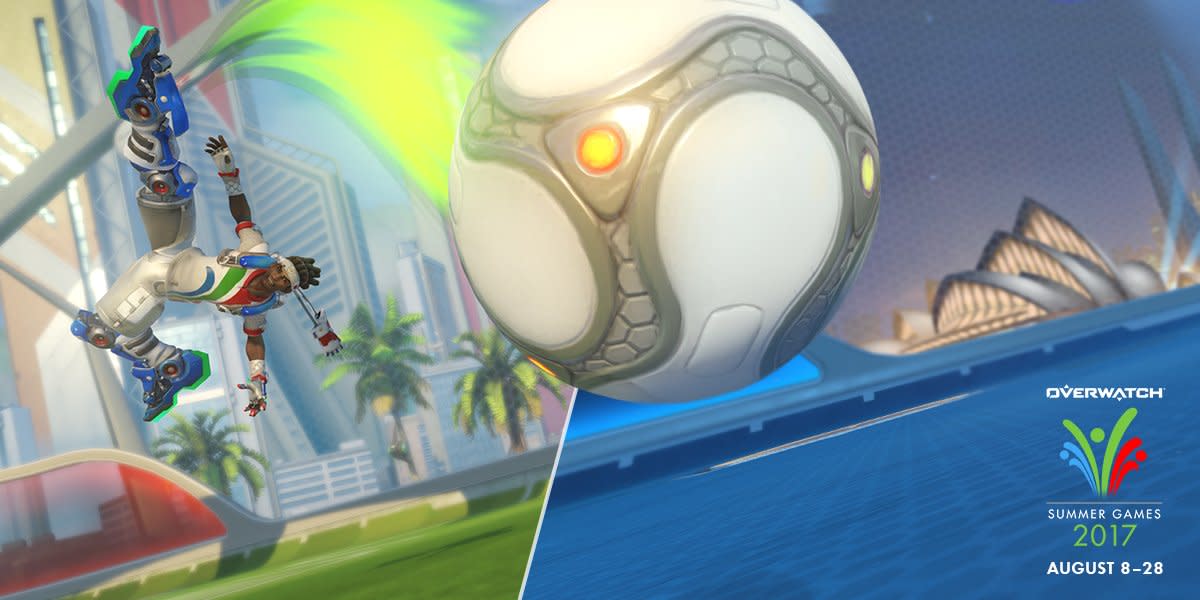 In the 14 months since Overwatch hit the shelves, Blizzard has worked tirelessly to keep a steady stream of fresh content coming. New maps and characters appear every so often, as do seasonal events, which deliver themed game modes that replace normal loot box items with exclusive personalizations. Summer Games was the first to introduce the concept, launching just days before the 2016 Olympics commenced in Rio.

It seems players enjoyed playing a golf-loving Soldier 76 and trying out the Rocket League-esque Lúcioball so much that Jeff Kaplan and his team are bringing the format back, starting on August 8th. In a Developer Update video, Kaplan explained that Blizzard heeded the repeated calls for its return and will deliver features that fans grew to love, plus a number of welcome improvements.

For those who missed out on the first round of exclusive Summer Games loot, Blizzard will offer 2016 event items that will randomly appear in loot boxes or can be purchased at a cheaper price using the in-game credit system. A number of heroes will also get their own legendary skins, with Junkrat, Mercy, Windowmaker and McRee all enjoying Olympic-themed upgrades.

Fans of Lúcioball will also be glad to hear that the game mode will be a lot more prominent this time around. To incentivize play, Blizzard is introducing competitive rankings and rewarding top players with special sprays. Matches will take place in the older Rio stadium, as well as the new Sydney arena (the city hosted the Olympics way back in 2000).

Lúcio has been tweaked slightly to ensure matches are a little fairer. This year, players won't be able to boop members of the opposite team out of the way, reducing the number of weak "cheesed" goals. His ultimate is now described as "Super Lúcio," allowing players to move at great speed, boop the ball further and jump higher.

Kaplan says there are a number of surprises in store, so check back on August 8th to see what Blizzard has been upto.

In this article: av, blizzard, gaming, internet, jeffkaplan, olympics, overwatch, summergames
All products recommended by Engadget are selected by our editorial team, independent of our parent company. Some of our stories include affiliate links. If you buy something through one of these links, we may earn an affiliate commission.