One week with Siri

The iPhone has been my primary smartphone for well over a decade, and therefore I've had Siri on my phone ever since its introduction in 2011. But I never really found a reason to use it. I've always felt self-conscious when talking to my phone -- I find people who use voice commands in public really annoying -- so I wanted to avoid doing it myself. I have Bluetooth in my car so I don't have to use my phone while driving, and when I'm at home, I have my trusty fingers instead. So I imagined that being forced to use Siri for a whole week was going to be a nightmare.

My basic approach to my week with Apple's assistant was to go about my day but just incorporate Siri where appropriate. Specifically, I wanted to see if I could use Siri with the "Hey Siri" voice trigger instead of just long-pressing the home button. After all, the whole point was to see if the Siri experience could be as hands-free as possible. I also installed a couple Philips Hue lights at home to see if I was able to use Siri in conjunction with Apple's HomeKit to control them.

I started my experiment on a Monday. And at first, everything went surprisingly well. The first thing I tried was asking it to call my husband, and it did so instantly. Sending a text was pretty easy too; I just had to say "Tell Brandon I'll be late" and Siri would kindly respond "Your message to Brandon says 'I'll be late.' Do you want me to send it?" And then when I said "Yes," it would do just that. I later asked Siri to "Take me to the Golden Gate Bridge," and it would helpfully launch Apple Maps to get me there.

I was also pleasantly surprised with how Siri worked with Twitter and Facebook. When I said "Hey Siri, tweet something," it would then ask me "What would you like your tweet to say?" I would then respond with "Hello World," for example, Siri would then ask for confirmation, and then go ahead and post it if I gave it the OK. The process was the same with Facebook, except of course, my command was "Hey Siri, post something on Facebook" instead.

The next day, I thought I'd try using Siri with Lyft. When I said "Use Lyft to take me home," it was smart enough to confirm my address and then show me the closest car on a map as well as the estimated cost. I also used it to play music (which triggers Apple Music), and it did so just fine. I was especially impressed when I hooked up my Philips Hue lights to Siri. I could just say "Good night" to have the lights turn off. I felt like I was on the USS Enterprise.

What's more, that evening I also found out that Siri's voice recognition is smart enough that no one else can use my Siri except me. My husband tried to trigger it with "Hey Siri," and it wouldn't work -- only my voice could. Man, I thought, Siri is pretty awesome. I started to think that Apple's assistant had an unfair bad rap, and that it was more useful than I realized.

And then the problems started. And oh boy, did it have problems.

Once Siri had the right team, it gave me the score (Giants won 6-3 over the Cubs, yay), but it also stopped listening. I had to trigger "Hey Siri" again to ask a follow-up question. That question was "Where is it in the standings?", and Siri was smart enough to know I was still talking about the San Francisco Giants and gave me the results (Spoiler: It's not pretty). This made me think that threaded searches work as it appeared that Siri was able to remember previous answers.

Except this is only partly true. I asked Siri every day for the rest of the week, "How did the Giants do last night?" and it kept asking me if I meant the New York Giants or the San Francisco Giants. It never really got through to Siri that 1) I don't live in New York and 2) I'm not interested in football.

That's not all, either. Sometimes Siri is smart at search, and sometimes it straight up sucks. At one point I asked Siri "Who is the President of the United States" three different times, and got three different responses. The first time, it just brought up Google search results. The second time, it brought me to the Wikipedia page for "President of the United States." And the third time is when some sort of AI thinking seemed to kicked into gear -- it responded with "Hmm, let me think" -- and it finally said "The answer is Donald Trump," (an answer sourced from Wolfram Alpha). 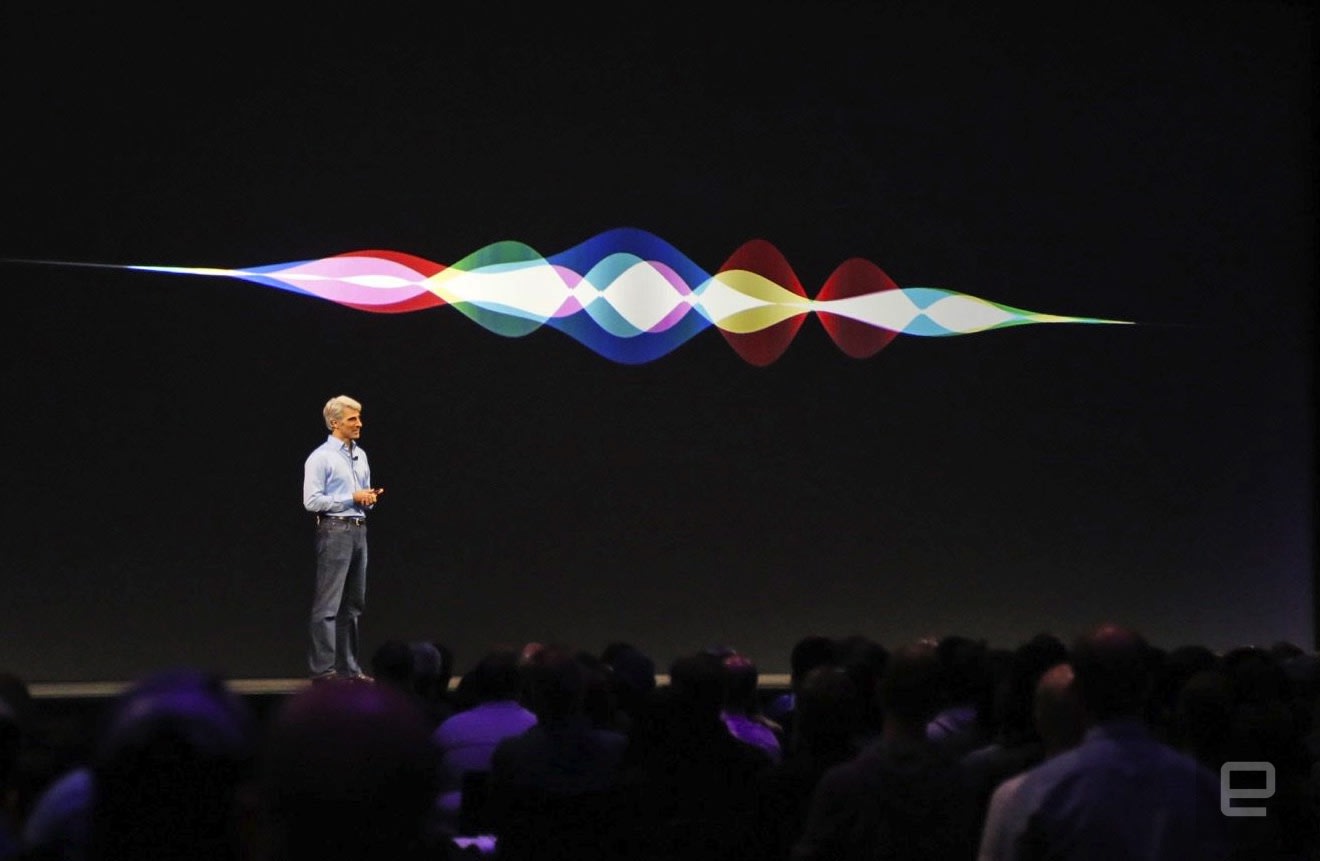 But when I then tried to follow up that search with "How tall is he?" I had to say "Hey Siri" again to trigger the question, and instead of bringing up Trump's height, Siri somehow thought I meant to say "How tall is United States?", which brought up Google search results for that question. I repeated the thread -- by asking "Who's the president of the US" and then following that up with "How tall is he" -- at least three times before Siri "thought" a little more and responded with "Donald Trump's height is 6'3""

The problems continued on Thursday when I tried to use Siri with certain third-party apps. As I usually use Spotify for my music needs, I figured I'd try to use Siri to launch it. But saying "Play music on Spotify" doesn't actually launch Spotify; it'll just play Apple Music like it always does. Similarly, when I tried to play podcasts on Overcast -- my podcast app of choice -- it refused to do that, and instead launched Apple's own Podcasts app. And when I tried to use Google Maps instead of Apple Maps -- I said "Take me to the Golden Gate Bridge on Google Maps" -- it would launch the app, but it wouldn't give me any directions.

The more I used Siri for communicating like via texts, the more frustrating I found it. For example, I had an event to go to on Friday, and I wanted to tell my friend Whitney that I might be a little late. The problem is, one of my other friends has the last name Whitney. When I asked Siri to "Tell Whitney I'll be late," Siri automatically assumed I meant last-name Whitney instead of first-name Whitney. It didn't give me a choice at all. Surely I would refer to my friends by their first name instead of their last name? When I tried saying "No, Siri, I didn't mean that Whitney," it thought I meant to send that whole sentence as the text instead. It was such a nightmare trying to get Siri to text her, that I ended up just not doing it at all.

By the time Saturday rolled around, I was so sick and tired of trying to make Siri work, I gave up on it entirely. I'd rather go through the hassle of typing out my Google searches than ever having to deal with a frustrating voice assistant that doesn't understand what I'm trying to say. And, thankfully, I don't usually make a ton of calls or texts over the weekend anyway. Even if I did, I'd probably have made up an excuse that my phone was out of battery or something. I was just done.

Sure, Siri has certain benefits, and when it works, it works well. But it just isn't consistent enough for me to use it regularly. At the end of the day, trying to use Siri felt like I was shouting and screaming at a willfully stubborn computer. No, thanks.