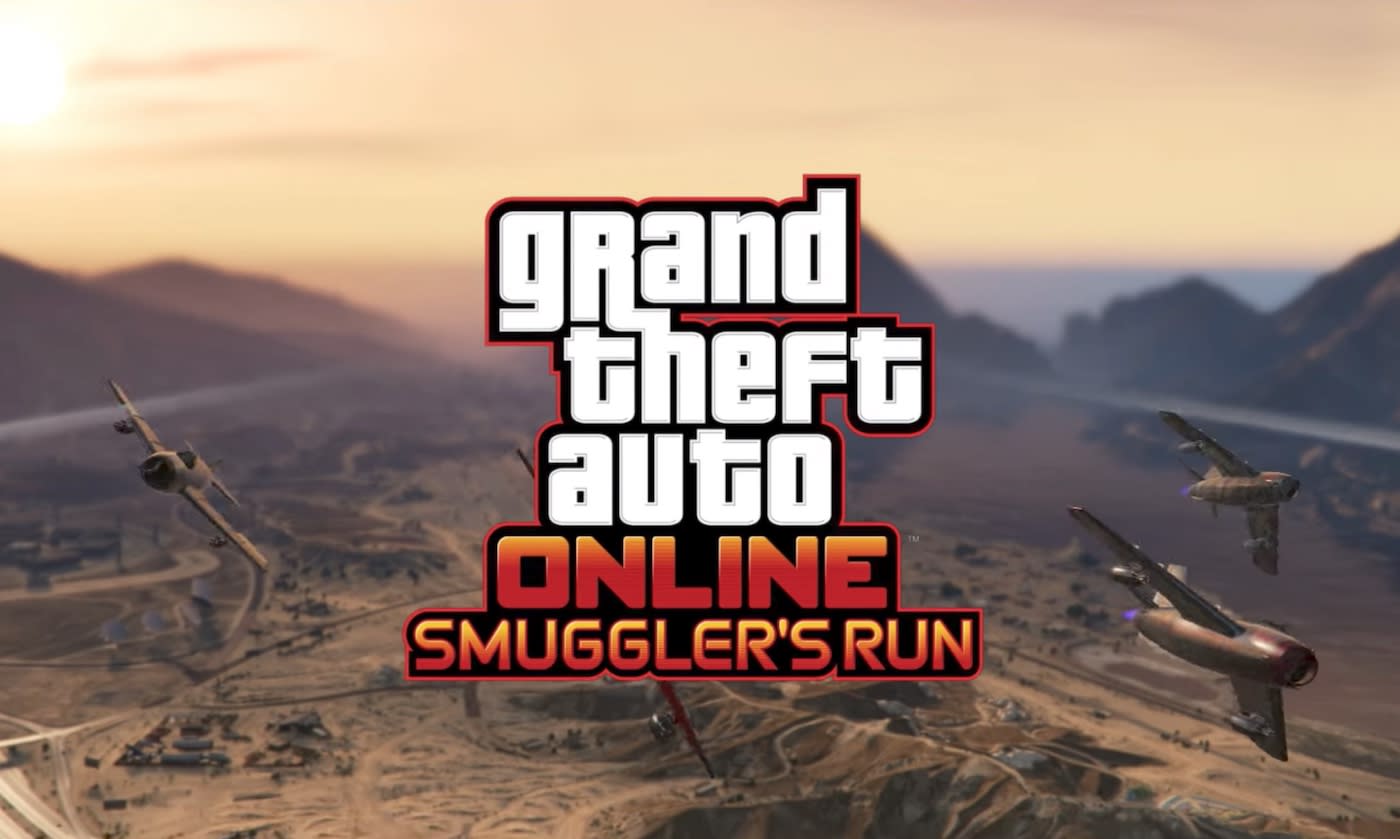 For the next expansion to GTA: Online, Rockstar Games is looking to its past. "Smuggler's Run" will task you to move inventory for the perpetually paranoid Nervous Ron by land and air. "Smuggler's Run opens up the air corridors above Los Santos and Blaine Country, providing new business opportunities while introducing a range of planes, choppers and even ultralights as highly viable options for transporting criminal cargo across the state -- simultaneously opening up some creative new methods of dispatching any rival gangs along the way," a post on the Rockstar Newswire says.

That will launch August 29th. Later this fall, Rockstar teases that it's going to make some pretty big changes to how races work. "New and strategically placed checkpoints will instantly change your vehicle class to match the portion of the course ahead, creating dynamic racing with ever shifting challenges to take the checkered flag," the blog post reads.

Beyond that, expect additional game modes/expansions, cars, holiday-themed events and more as the year progresses.

Before Grand Theft Auto III, the developer was doing all sorts of weird stuff, and had a number of (now dormant) franchises under its belt. One of them was Smuggler's Run, an off-road racing game of sorts where you were transporting illegal goods across borders and under Johnny Law's radar. Maybe you shouldn't hope that this expansion is signaling the franchise's return, though. The last game came out in 2002 on the Gamecube, and Rockstar still has to get Red Dead Redemption 2 out the door.

In this article: gaming, gta, gtaonline, internet, mmo, multiplayer, online, pcgaming, playstation, playstation3, playstation4, ps3, ps4, rockstar, rockstargames, smugglersrun, steam, update, windows10, xbox360, xboxone
All products recommended by Engadget are selected by our editorial team, independent of our parent company. Some of our stories include affiliate links. If you buy something through one of these links, we may earn an affiliate commission.