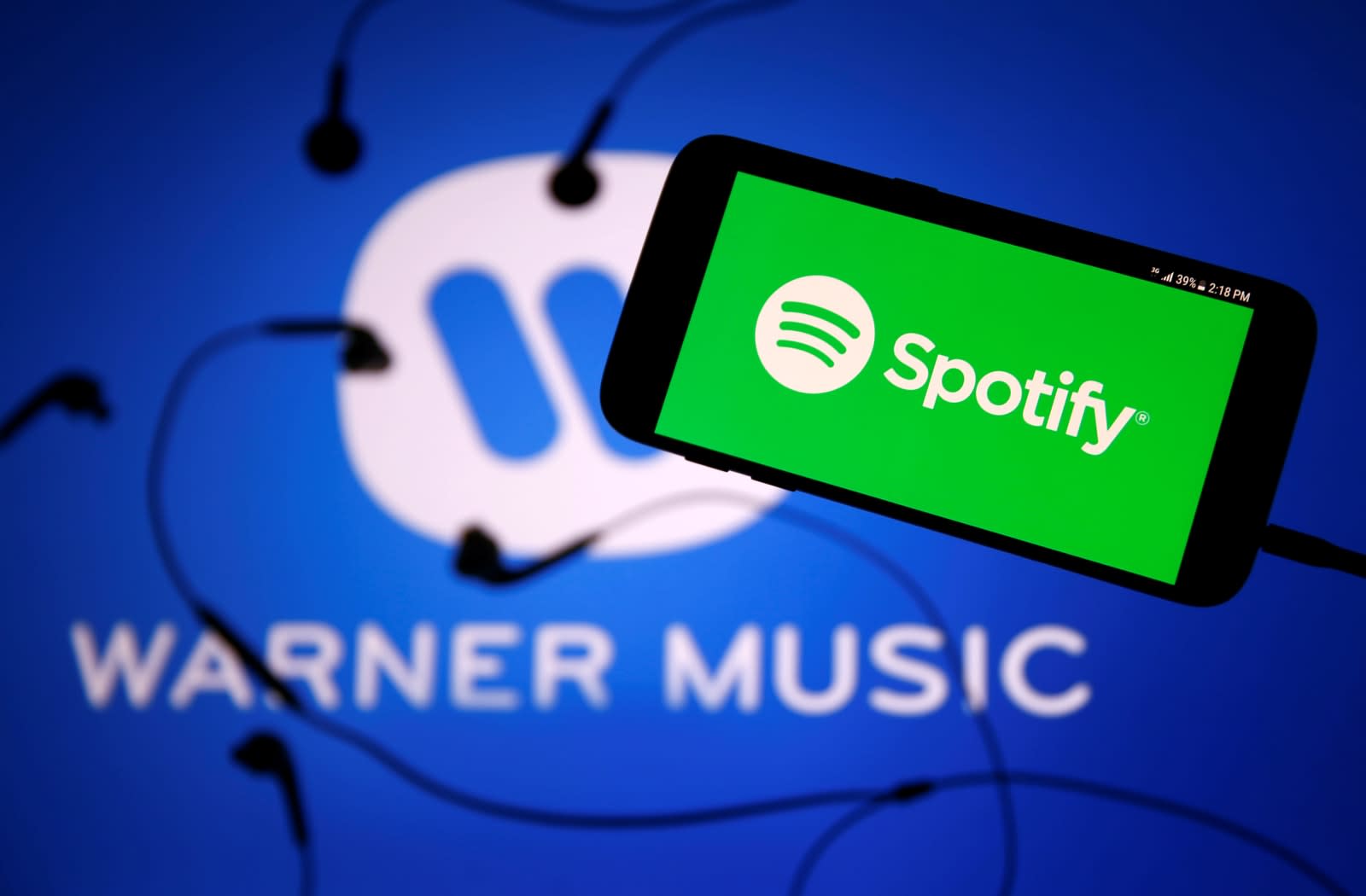 Spotify just signed a deal with Warner Music to secure its artists for the streaming service's users worldwide. This is the last big label after Universal Music Group, Merlin and Sony to renew ties with Spotify, and now pretty much everyone's on board.

Spotify didn't provide any details on the Warner deal, which has been rumored to be in the works since last month. The streaming company didn't note whether Warner's music would be subject to the same conditions as in the deals Spotify struck with other labels -- namely, whether new records would be held off the service's non-paying tier for two weeks after launch, a limit that first surfaced in its agreement with Universal back in April.

Regardless, securing Warner means Spotify has arranged for music from every major label, which is good news ahead of the streaming titan's heavily-rumored plans to go public at some point in the future.

In this article: business, deal, services, spotify, streaming, StreamingMusic, Warner, WarnerMusic
All products recommended by Engadget are selected by our editorial team, independent of our parent company. Some of our stories include affiliate links. If you buy something through one of these links, we may earn an affiliate commission.