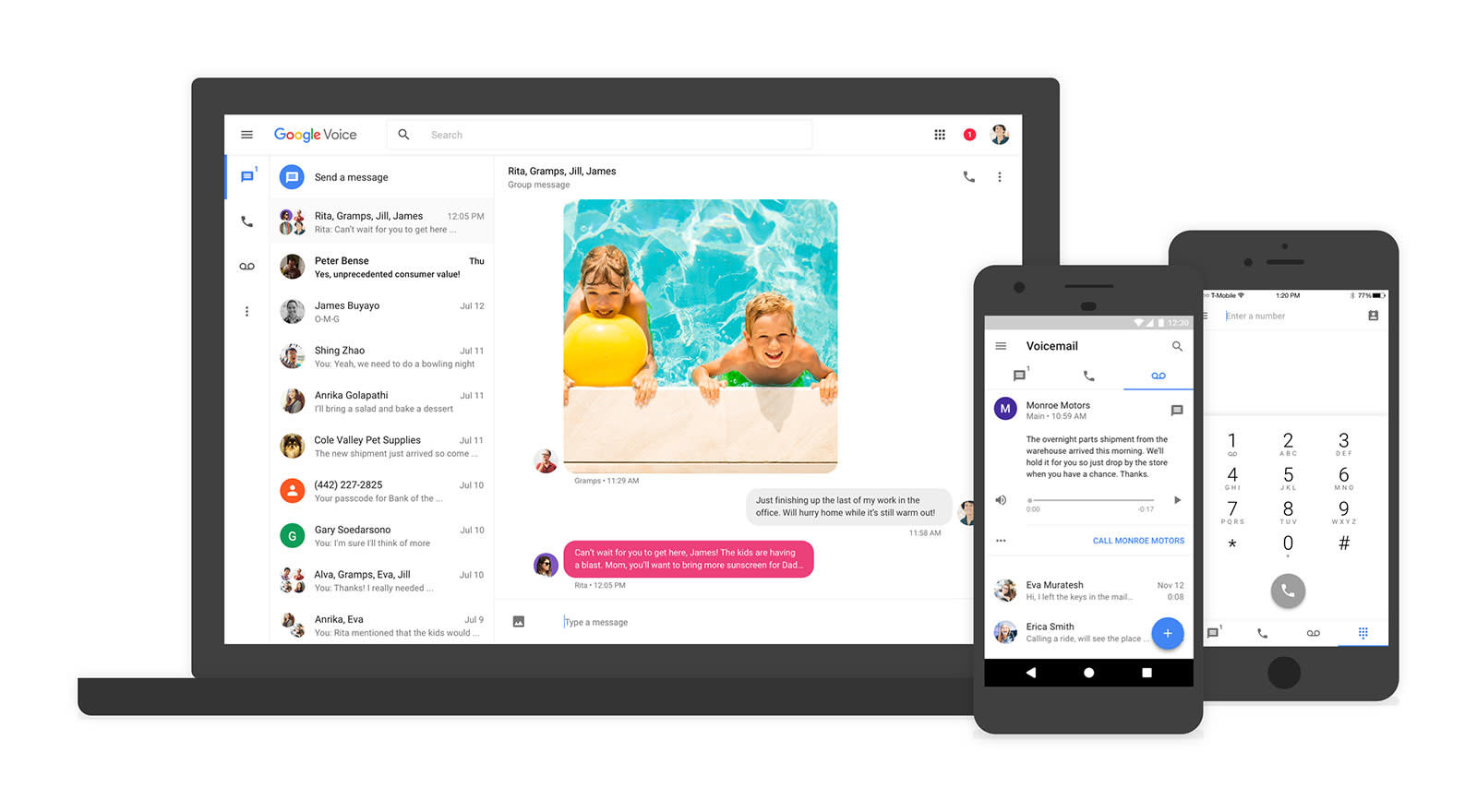 If you're a Google Voice user, there's a chance you're not receiving text messages this morning. As spotted by Android Police, a thread in the Google Voice support forums indicates that a number of users are having problems receiving messages. They're able to send out messages, but replies are another story altogether. It doesn't matter if you're using your phone or the Google Voice web interface -- replies are currently lost in the ether.

The good news is that the problem appears to be intermittent, at least judging by replies on the Google forum. The bad news is that a Google support representative said they were investigating the problem hours ago and there hasn't been any update. Just know that if you're using Google Voice that you could run into some issues getting message replies for a bit -- perhaps reach out to your contacts on one of the many better-supported messaging services out there to make sure you're not missing anything.

Update, 2:30PM ET: Google confirmed the issue and says it has since been resolved, though it is continuing to monitor on-going reports from users.

In this article: gear, google, googlevoice, mobile, outage, sms, textmessaging, voice
All products recommended by Engadget are selected by our editorial team, independent of our parent company. Some of our stories include affiliate links. If you buy something through one of these links, we may earn an affiliate commission.