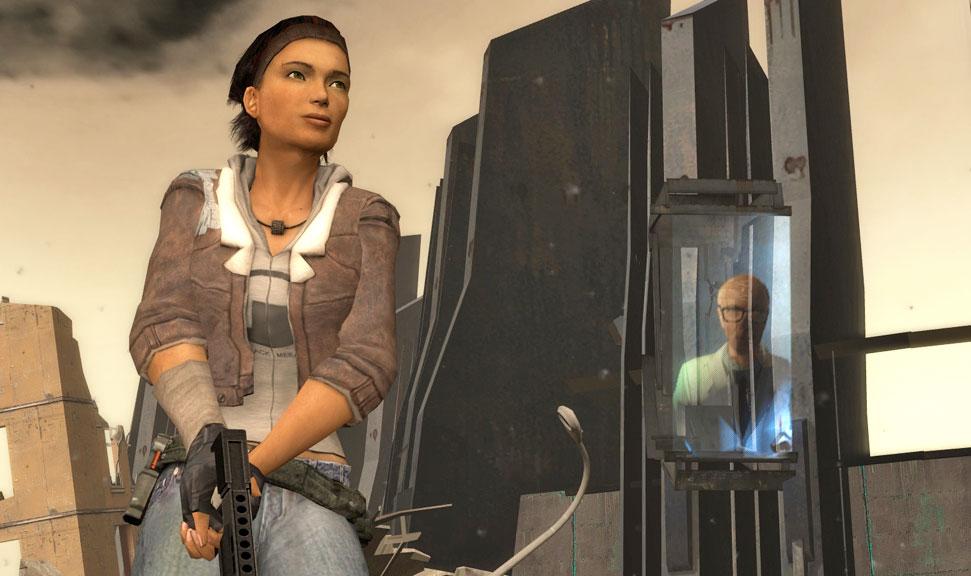 Nearly ten years after the debut of Half-Life 2: Episode Two, the world is still waiting for Valve to deliver the final episode in the trilogy, but we may have to settle for something else. Just a few months after the last of the game's writers left Valve, and 21 years to the day since the company started, lead writer Marc Laidlaw has posted "Epistle 3" to his personal website (it's overloaded and inaccessible now, but you can view it on Archive.org).

My website's down for now. I guess fanfic is popular, even a genderswapped snapshot of a dream I had many years ago.

With some light editing to change a few key names --"Gertrude Freemont, Ph.D" -- the post lays out a plotline for an Episode Three that never appeared. It's hard to say if it will give gamers any closure after all this time, but you can also check it out with the names corrected on Pastebin. Unsurprisingly, Alyx Vance and G-Man are right back in play but we won't spoil how things end here.

Valve CEO Gabe Newell has talked about the unreleased game many times over the last decade, although mentions have become rarer in the last few years. Even if this Epistle represents "fanfic" as Laidlaw calls it, it may be the closest thing to a resolution gamers ever get.

In this article: art, entertainment, gaming, Half-Life, Half-life2, HalfLife, HalfLife2:EpisodeThree, MarcLaidlaw, Valve
All products recommended by Engadget are selected by our editorial team, independent of our parent company. Some of our stories include affiliate links. If you buy something through one of these links, we may earn an affiliate commission.