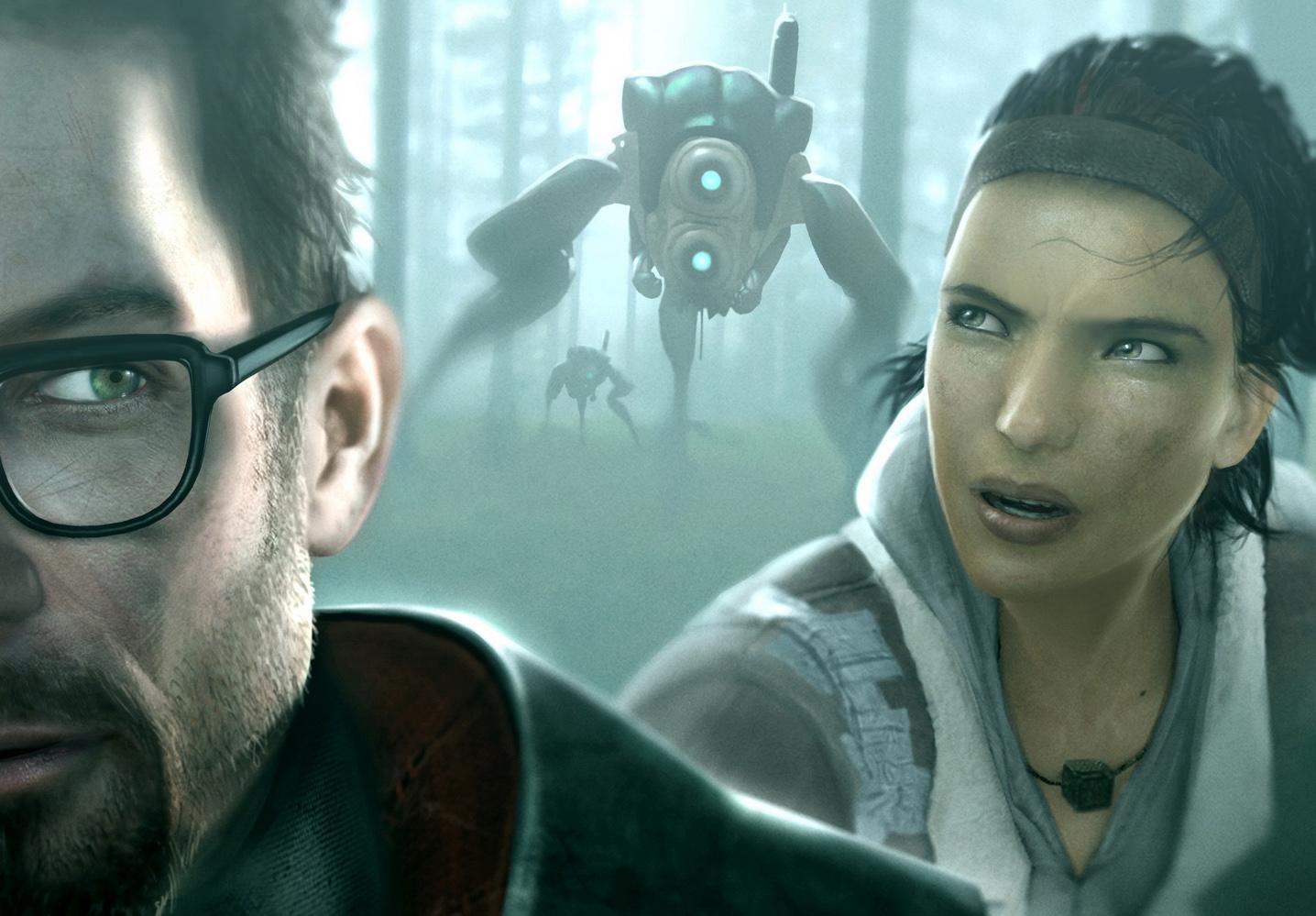 Marc Laidlaw's departure from Valve last year was a shock. The author was responsible for single-handedly writing both Half-Life and Half-Life 2, and worked as the story lead on the latter's two episodic sequels. Chet Faliszek and Erik Wolpaw, co-writers on Half-Life 2: Episode One and Episode Two, stuck around however, meaning some of the series' writing talent still remained at Valve.

Not any more. In February of this year, Wolpaw departed Valve to work on Psychonauts 2, and today GamesIndustry.biz reports that Faliszek has also left the company. The pair have a long history together: they ran the highly influential gaming site Old Man Murray through the late '90s and early '00s, before both joining Valve.

As well as essentially defining what video game criticism would look like online, Faliszek and Wolpaw worked on basically every Valve game with a story during their tenure. They wrote Portal together, penned its sequel along with humorist Jay Pinkerton and also put together the narrative for the Left 4 Dead series.

Beyond writing, Faliszek was a key part of Valve's push into virtual reality, from the early days of secret testing at the company's Bellevue headquarters through to the public launch of the HTC Vive. He talked with Engadget at length about those formative VR years for our piece on how the Vive was created. Speaking to GamesIndustry.biz, Faliszek was keen to point out that his leaving Valve was "nothing exciting or drama filled," adding that he just "wanted to change things up."

With Faliszek's decision to move on, the entirety of Half-Life's writing team is gone. The natural thing to do is point to the death of the series that built the company. But beyond hopeless dreams of a sequel, the fact remains that Valve, ostensibly a game developer, has lost its three most notable writers in less than 18 months. Another author formerly at the company, Ted Kosmatka, left Valve after finishing work on Dota 2 lore.

During this time, Valve might have hired new writers capable of taking its beloved franchises forward. Pinkerton is still there, but because of Valve's flat hierarchy (no one has a job title), it's impossible to say how many writers are left at the company. No other writers are listed on its "people" page, and there are no relevant openings on its jobs page.

Valve has over 300 employees, though, and less than 100 of those are listed on its site. Maybe there's a crack team working hard on multiple scripts, then, but the fact remains that Valve hasn't released a narrative-driven game in a long time. Since 2011's Portal 2, we've seen Counter-Strike: Global Offensive (2012) and Dota 2 (2013), and the VR demo The Lab last year.

Of course, there's every possibility that Laidlaw, Wolpaw and Faliszek wrote Half-Life 2: Episode 3 or Half-Life 3 or whatever you want to believe it's called, and that a fully fledged script lives somewhere inside a vault in Bellevue. Perhaps they've finished up Left 4 Dead 3 and Portal 3 as well. There's no harm in dreaming.

Valve's shifting priorities aren't a huge surprise: It runs the most successful PC gaming store in Steam, and maintaining its wildly popular multiplayer games Dota, Team Fortress and Counter-Strike is a full-time job itself. That's not to mention Steam OS, Steam VR and Steam Direct. That said, Valve president Gabe Newell confirmed the company is working on three new "full" VR games earlier this year, so it's not leaving development aside entirely, and companies frequently contract outside talent to write their games.

As for Faliszek, he tells GamesIndustry.Biz that "there's no news on what's next, [but] I will let you know when that happens."

In this article: av, ChetFaliszek, ErikWolpaw, gaming, half-life, Half-life2, halflife, halflife2, MarcLaidlaw, valve, VirtualReality, vr
All products recommended by Engadget are selected by our editorial team, independent of our parent company. Some of our stories include affiliate links. If you buy something through one of these links, we may earn an affiliate commission.