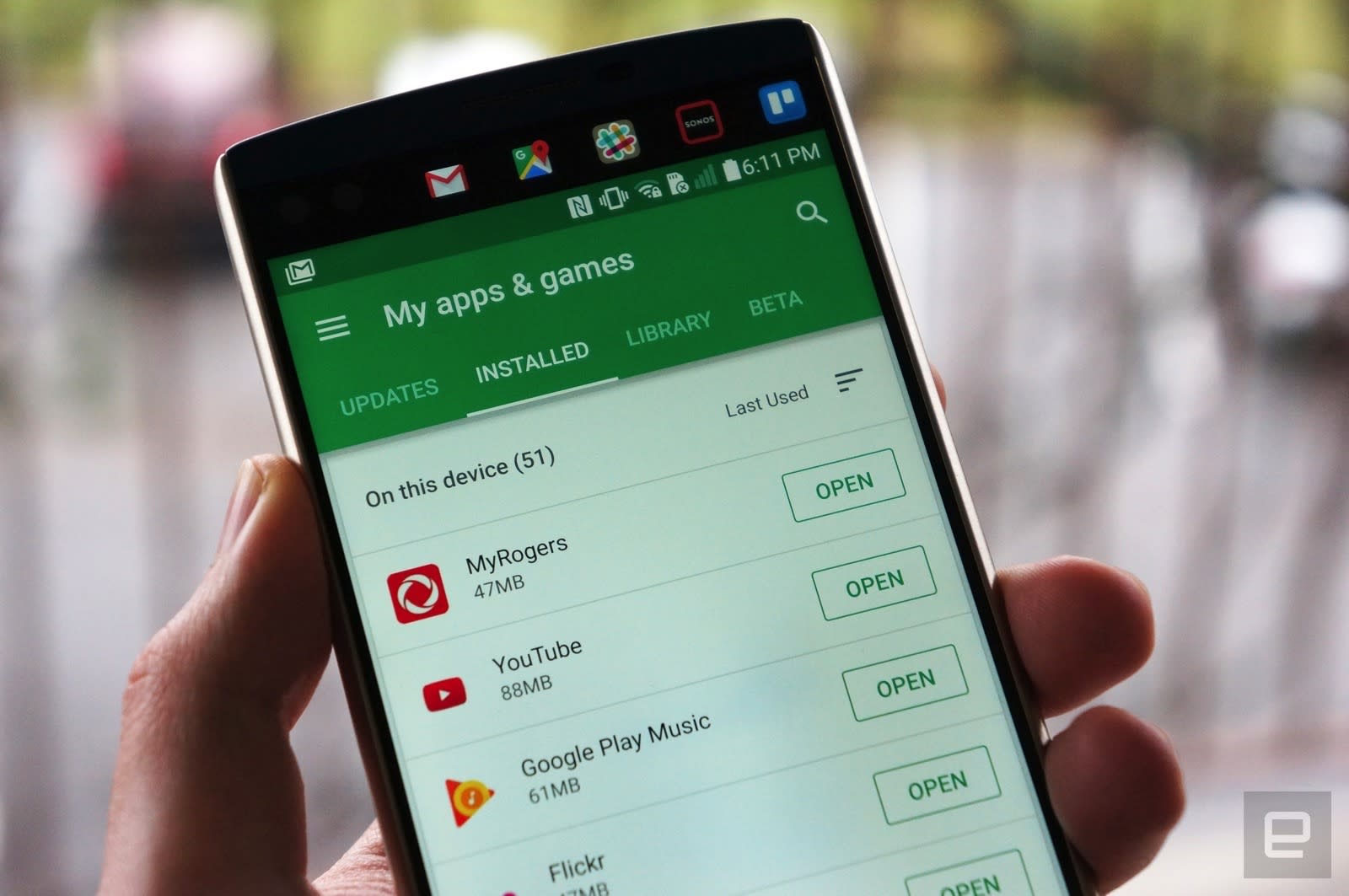 If a random storage manager or video player you downloaded recently has disappeared from your Android device, don't worry: it might have been for your own good. Google has removed 300 apps from the Play store, which were apparently merely masquerading as legitimate applications. In truth, they were made to hi-jack your phone so it can be used as part of a botnet's distributed denial of service (DDoS) attacks. WireX, as the botnet is called, pummeled several content providers and delivery networks with traffic from the devices it hi-jacked on August 17th, though it's been active since around August 2nd. In some cases, it also acted as a ransomware, demanding money from its victim.

It was content delivery network Akamai that discovered its existence following an assault on one of its clients. The company then got together with Google and several security researchers from rival companies like Cloudflare, Flashpoint, Oracle + Dyn, RiskIQ, Team Cymru and other organizations to solve the issue. Upon learning that the Play Store is inundated with hundreds of fake WireX apps hiding behind the guise of innocuous programs like storage managers and ringtones, the big G did its part and blocked them all.

Here are a few samples of infected apps: In a statement, Mountain View said it's now also in the process of removing applications from affected devices. It's unclear how long that would take, though, since based on the team's research, WireX compromised over 70,000 devices from over 100 countries.

In this article: android, apps, ddos, gear, google, googleplay, mobile, wirex
All products recommended by Engadget are selected by our editorial team, independent of our parent company. Some of our stories include affiliate links. If you buy something through one of these links, we may earn an affiliate commission.