Even if Hyperloop fails, public transport will win

The tech shown off at the Hyperloop Pod Challenge can be applied to other transportation methods.
R. Baldwin|08.30.17
@strngwys

One hundred and fifty teams from around the world entered the third SpaceX Hyperloop Pod Competition. Of those, 25 made it to the company's weeklong event in Hawthorne, California. And like the prior years' events under the Southern California sun, after days of testing and dry runs, only a select few were chosen to do a proper vacuum-sealed run down the 1.25 kilometer track.

It's been four years since SpaceX, Tesla and Boring Company CEO Elon Musk dropped his white paper about the Hyperloop: a vacuum-sealed tube-based transportation system that would get passengers from San Francisco to Los Angeles in a mind-boggling 30 minutes. Since then, a few companies have taken up the mantle to make Musk's idea a reality. Perhaps more intriguing than entrepreneurs tackling the Hyperloop are the student teams that SpaceX has gathered together to solve the pod problem.

This year at the rocket-building company's pod-building competition, the name of the game was speed. Whichever team was able to propel its pod down the track the quickest would walk away with a trophy signed by Musk and bragging rights.

The rules for the event were simple. The fastest pod on the 1.25 kilometer vacuum-sealed track wins. But not all 25 teams made it that far. The SpaceX engineers and judges ran a battery of tests for technology and safety on the vehicles to determine if they were worthy of time in the tube. Only three teams made it to the finals.

The winning team was the Warr team, from the Technical University of Munich, who pulled an impressive run reaching just over 200 miles per hour. But the team did it without fancy maglevs or air bearings. Instead, the small pod was powered by a 50-kW motor and held steady on the track by high-speed bearings and aluminum wheels. It was essentially a bullet-train-shaped electric car. "We focused on a lightweight design that accelerates really quick in the tube," Manfred Schwarz told Engadget ahead their run at the event.

Schwartz still believes that the future of Hyperloop involves maglev, though. But for a student trying to win a competition and catch the eye of potential sponsors (building pods is expensive), it really comes down to creating a pod that works best for the given situation.

In stark contrast to the small missile built by Warr was the entry built by the Paradigm team. It used the opportunity to try out its air bearings (which the team says reduces the force necessary to propel its pod by 80 percent) and lateral movement technology. The 1,800-pound (yeah, it was huge) pod posted a very respectable speed of about 60 miles per hour during a run that involved using a vehicle provided by SpaceX called a "pusher" to get it up to speed.

Meanwhile, the Swissloop team used a jet-propulsion system to get its pod going with a great whoosh. Its entry got up to about 25 miles per hour after they were initially unable to connect to the pod after it was placed on the track. They pulled the vehicle out of the tube, swapped batteries and resumed their test.

The thing is, currently there's no "right way" to get the hyperloop going. Hyperloop One, a commercial endeavor, conducted tests in July where its XP-1 pod hit 190 miles per hour with a maglev system. That's the accepted future of the transportation system. Even Schwarz thinks that's the long-term goal. Unfortunately, building a maglev system is expensive. Add that to the already Herculean task of building a series of vacuum-sealed tubes between destinations and the economics of the Hyperloop become the system's largest obstacle.

Which brings us back to the pod competition at the SpaceX headquarters. Here students are figuring how to build systems on limited budgets and making tough decisions as to what they'll focus on for each competition. Musk put out the idea and companies like Hyperloop One jumped on it focusing on the SpaceX CEO's vision, but these teams, they're looking at it from thousands of different directions.

Understandably, sometimes an initial idea needs some tweaking before it's truly ready to take on the world. That's where the Hyperloop Pod Competition shines. No two pods are the same and that's exactly what this emerging technology needs. It needs teams of very smart people trying out insane ideas. Not every concept will yield something worthy, but at the very least it's one more thing to tick off the "that doesn't work" list. 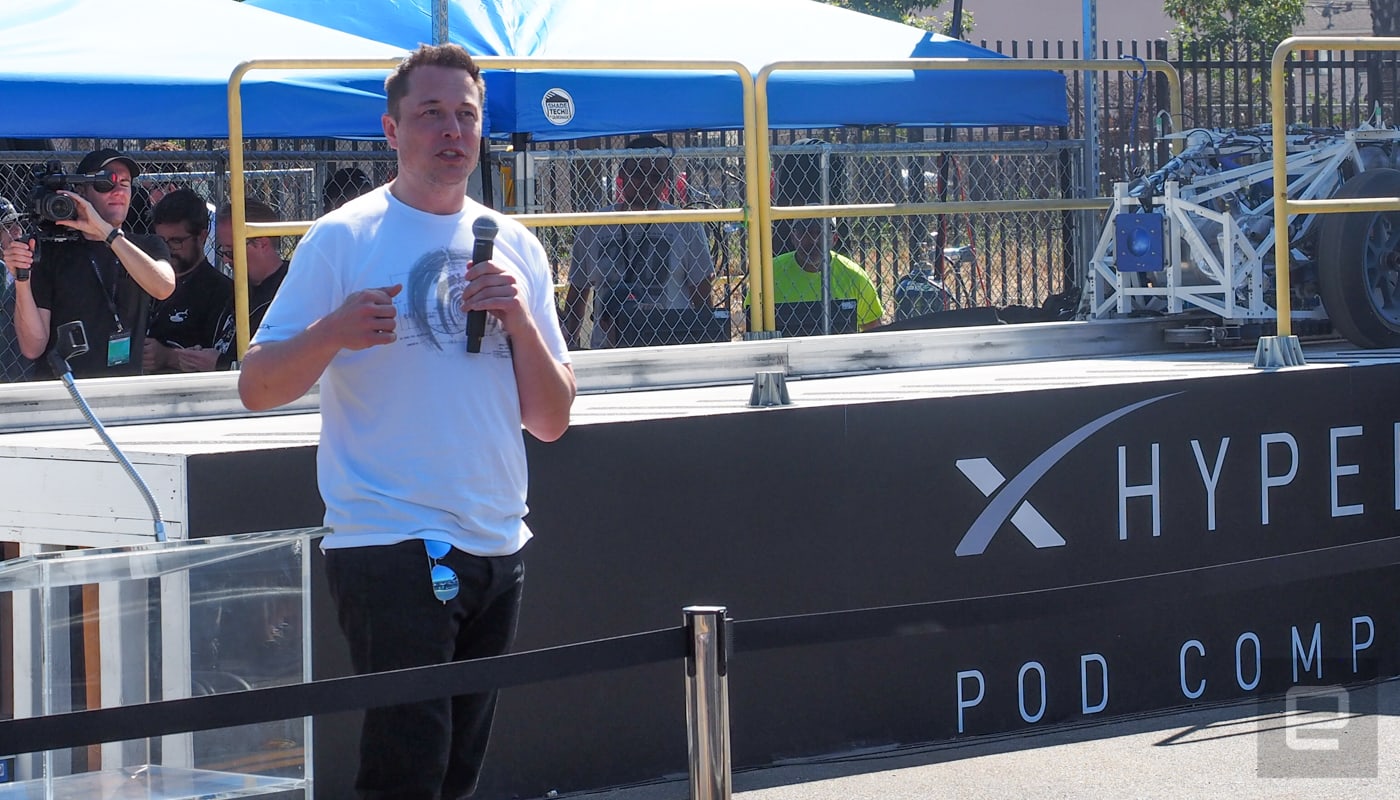 While the original idea was for Musk to put his Hyperloop concept out there and let the world figure it out, the CEO's latest grand scheme -- the Boring Company -- might need the Hyperloop or something similar to become a reality. Those sleds with cars on them need propulsion and braking systems, and that's what the college teams are focusing on. So it's unsurprising that another Hyperloop Pod Competition is slated for next year.

Maybe the Hyperloop will live up to the hype and passengers will be whisked from Los Angeles to San Francisco in 30 minutes via maglev pods in a few decades. But even if we never erect tubes up and down the countryside, what's happening at these events could be applied to other transportation systems and that's more important than any one man's idea.