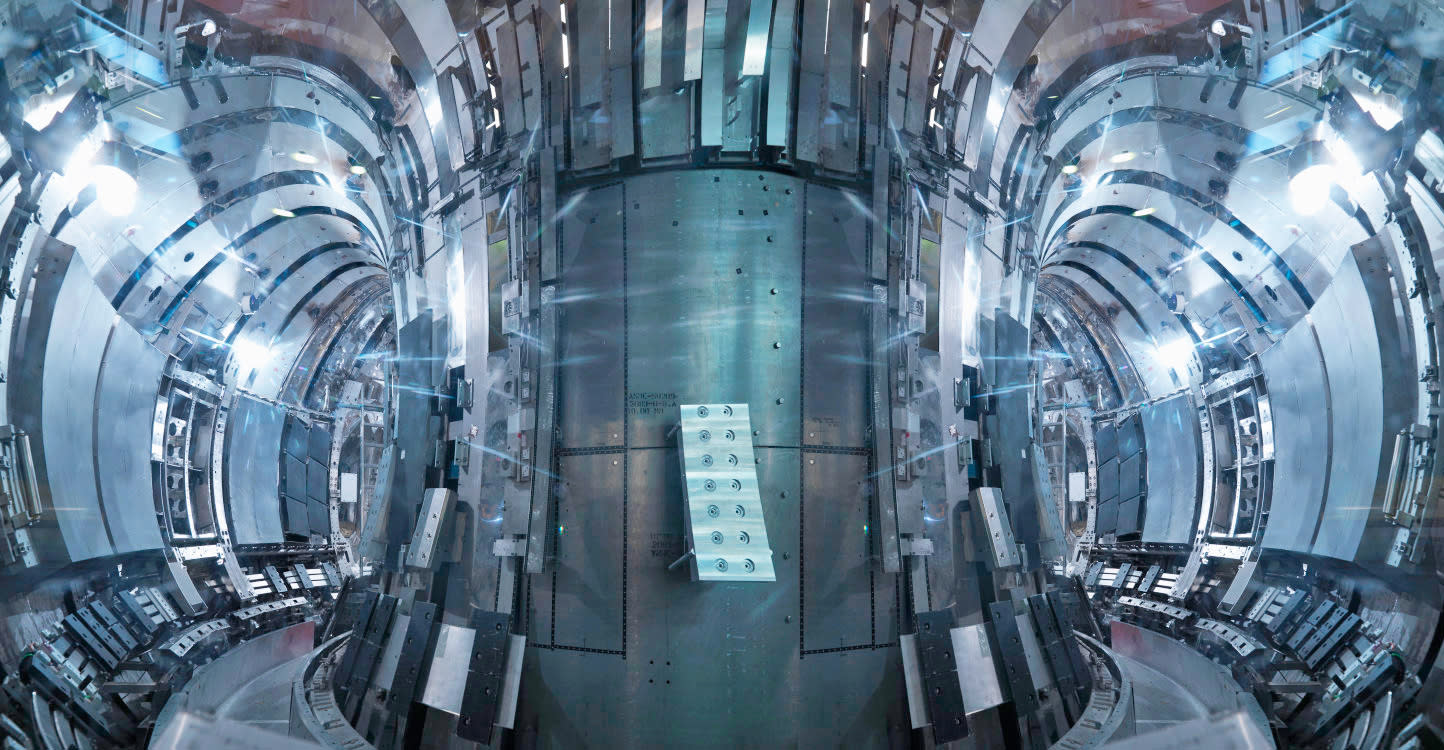 Nuclear fusion is an attractive way to create energy. It generates hardly any waste, doesn't pollute the planet and takes advantage of elements that we have plenty of. But fusion takes a lot of work and the energy payout isn't yet at the level that makes it suitable for producing power. But researchers at MIT have developed a new fusion recipe that boosts energy production by ten-fold.

Previously, the group was using a method that required two types of ions -- deuterium and hydrogen -- with deuterium making up around 95 percent of the mixture. With the ions contained in a fusion reactor called a tokamak, radio waves tuned to target only the less abundant hydrogen ions were used to heat them up. With all of the energy of the waves focused on just the hydrogen ions, the ions were able to reach very high energy levels, causing them to slam into the deuterium ions and generate heat and power through the resulting fusion reaction.

However, the researchers decided to try out a three ion solution, adding helium-3 ions at very small amounts into the mix. And when the waves were trained on to the few helium-3 ions, the ions were able to achieve energy levels that have only been generated in full, activated fusion reactors, not small experimental reactors like the one being used at MIT.

The results were so promising that researchers at Europe's largest nuclear fusion device, the UK's Joint European Torus, decided to try the method out themselves. They replicated the results successfully and the two groups were able to focus on and measure two different properties of the particles undergoing the reaction, meaning the two were able to get a fuller picture of how the experiment was working than either could have separately. "The fact that we had a basic theory realized on two different devices on two continents came together to produce a strong paper," John Wright, a researcher with the project, said in a statement.

The results paint an encouraging outlook for the future of nuclear fusion as a power generator and the method could also help researchers looking to better understand solar flares, which result from a similar process. The research was recently published in Nature Physics.

In this article: energy, gear, green, mit, NuclearFusion, NuclearReactor, research, TL18FUSE, tomorrow
All products recommended by Engadget are selected by our editorial team, independent of our parent company. Some of our stories include affiliate links. If you buy something through one of these links, we may earn an affiliate commission.