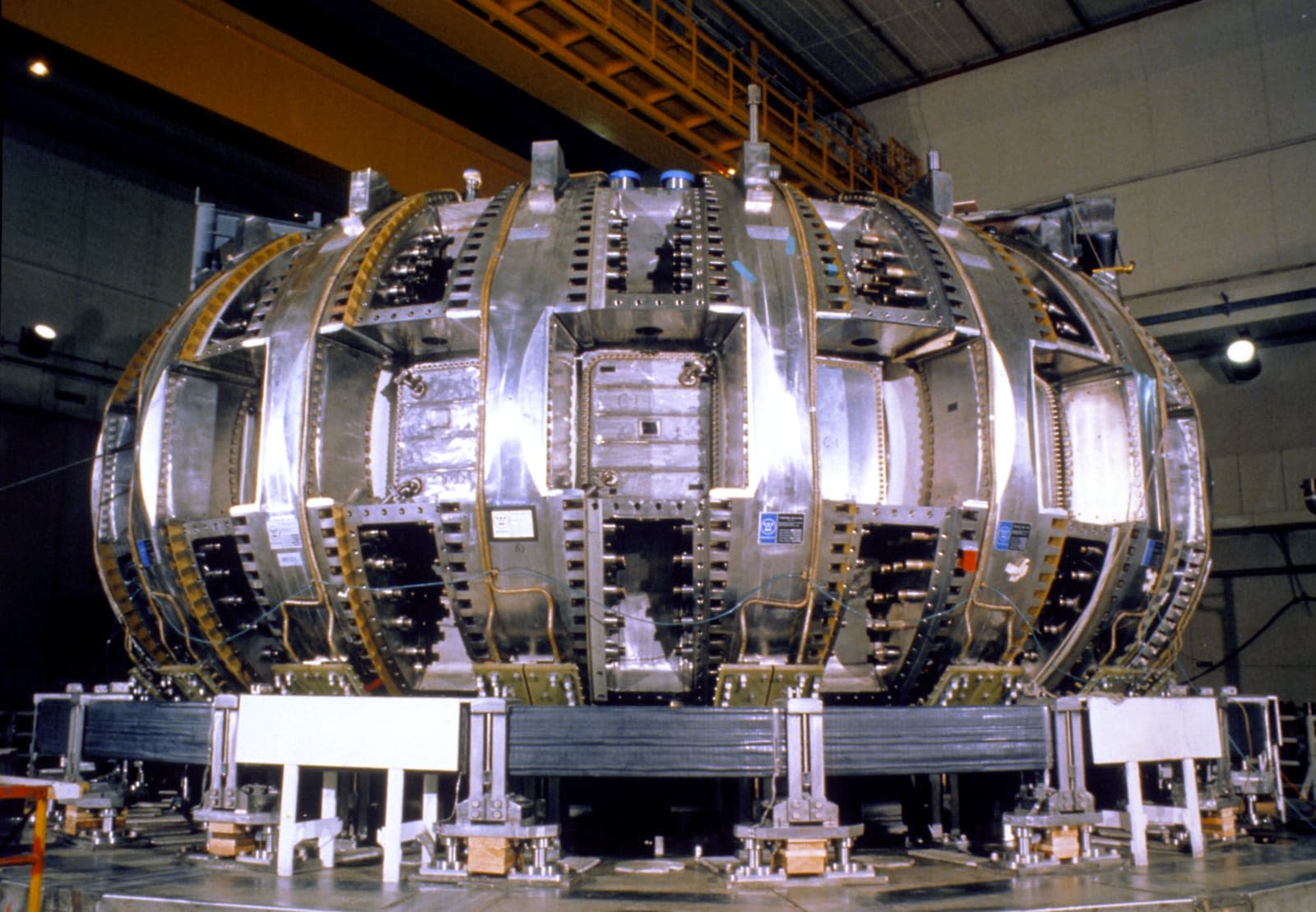 Researchers from the US Department of Energy (DoE) and Princeton University have developed a new theory on plasma that could help scientists figure out solar flares and fusion power. Most fusion research is focused on "magnetic confinement" reactors that use powerful magnets to fuse hydrogen plasma into helium. One of the biggest problems with that technique is that the plasma itself spawns new magnetic fields, which play havoc with the reactions.

Plasma (the phase of matter that powers lightning and neon lights) often contains charged particle which generate magnetic fields, and those fields can break apart dramatically in a process known as magnetic reconnection. That causes solar flares (see the video, below), cosmic ray bursts and the northern lights on Earth. However, conventional theories can't explain why the fields snap and reconnect so quickly, seemingly defying the laws of physics.

Magnetic reconnection is particularly irksome inside Tokamak magnetic confinement reactors. When fields created by the plasma shift suddenly, they can break the external fields holding the plasma in place, reducing the forces required to sustain the reaction.

To solve the problem, researchers examined something called "plasmoid instability," which causes two-dimensional magnetic sheets to thin down into smaller "islands." Once a sheet has broken down to a certain point, "the plasmoid instability occurs on a short time scale, leading to explosive growth of the plasmoids," according to the paper. That causes the fields to reform in a different orientation, causing solar flares and other phenomena.

The researchers still aren't sure why the plasma breaks down into islands, as that seems to defy the "power laws" of physics. Nevertheless, the work could help scientists better predict solar flares, erratic gamma ray blasts and other violent activities. Perhaps most importantly, it could lead to a better understanding of the magnetic fields caused by plasma inside Tokamak fusion reactors. If they can figure that out, we can solve pretty much all of our energy problems.

In this article: DOE, generator, green, MagneticFields, NuclearFusion, Plasmoid, power, PrincetonPlasmaPhysicsLaboratory, PrincetonUniversity, science, space, TL16NuPwr, TL18FUSE
All products recommended by Engadget are selected by our editorial team, independent of our parent company. Some of our stories include affiliate links. If you buy something through one of these links, we may earn an affiliate commission.