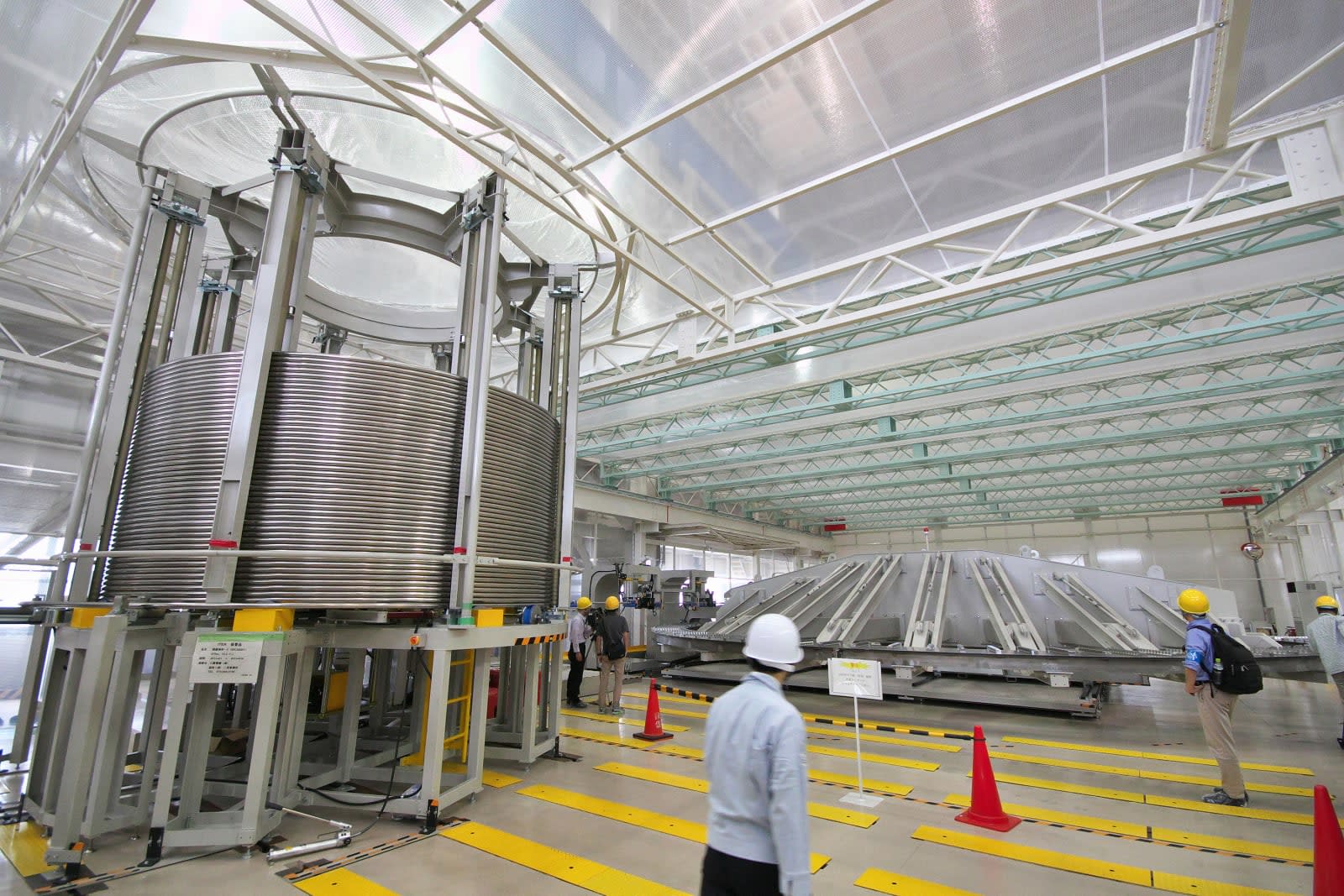 We've been working towards nuclear fusion, a near-limitless source of clean energy, for the past six decades, and now scientists have made a major breakthrough. A new article published in Physical Review Letters details how to solve a dangerous issue with runaway electrons that has, until now, posed a major problem for fusion reactors.

Fusion reactors model themselves on the reactions that power our stars: Hydrogen atoms collide at such incredibly high speeds that they fuse into helium. That process releases astounding amounts of energy. It's the same thing that's happening in our sun's core right now.

Runaway electrons are simply free-floating electrons that are energized by potent electric fields. In the high energy of nuclear fusion, the levels and speeds to which these runaway electrons are charged can be catastrophic. The team discovered that it's possible to decelerate the electrons by injecting heavy ions, like neon or argon, into the reactor. The electrons collide with these neutral atoms, resulting in energy loss and slower speeds.

It may seem like a small step, but every problem we solve with nuclear fusion moves us closer to finally achieving it here on Earth. Linnea Hesslow, coauthor of the article, told Wired, "Many believe it will work, but it's easier to travel to Mars than it is to achieve fusion." We've got a long way to go yet, but eventually (hopefully), we'll get there.

In this article: applenews, FusionReactor, green, nuclearfusion, TL18FUSE, tomorrow
All products recommended by Engadget are selected by our editorial team, independent of our parent company. Some of our stories include affiliate links. If you buy something through one of these links, we may earn an affiliate commission.