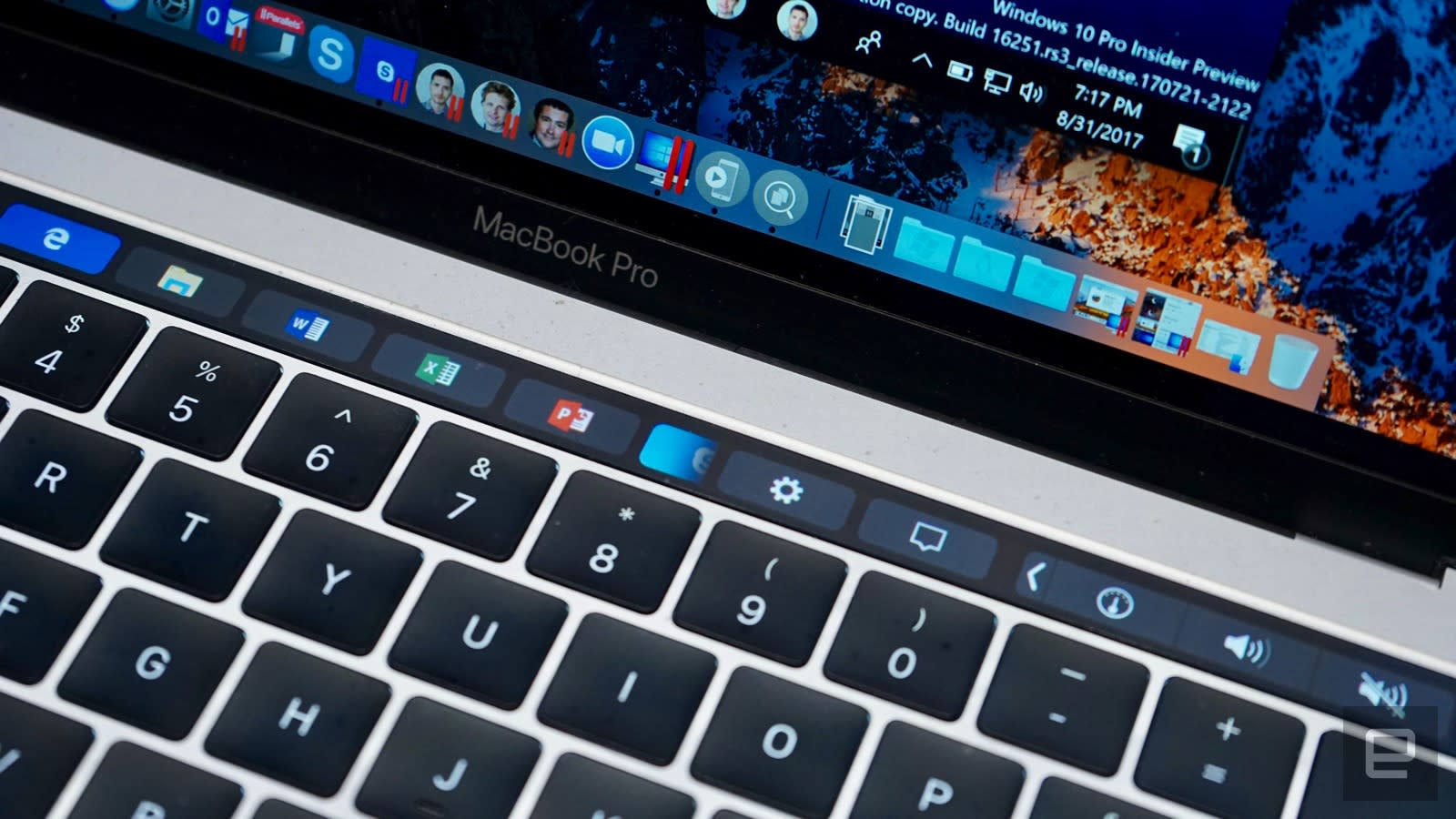 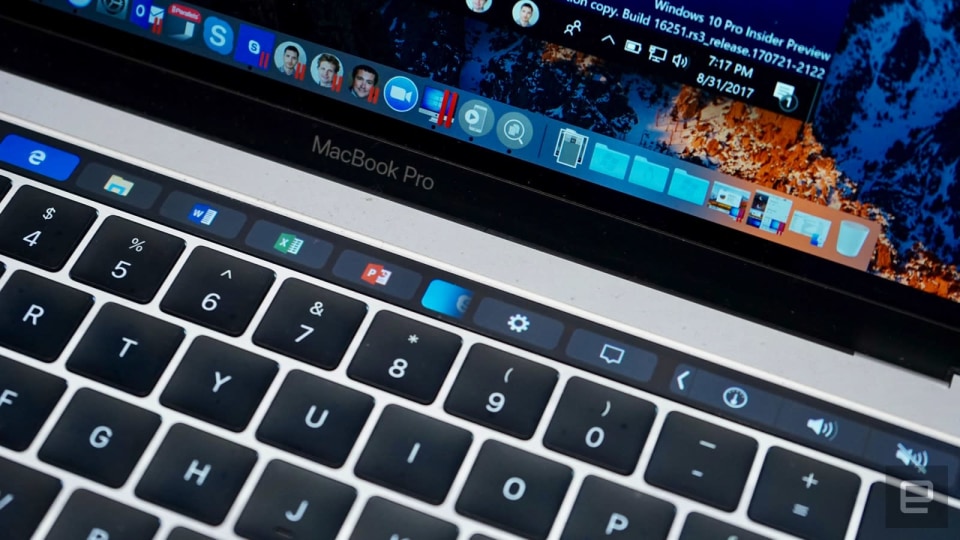 If you're one of those Apple users who likes (or needs) to run Mac OS and Windows side by side, you'll probably be into Parallels Desktop 13. Especially if you have one of those MacBook Pros with a TouchBar. The latest version of the software makes certain apps on Microsoft's platform fully compatible with Apple's digital OLED strip, including all the major web browsers and the entire Office Suite. For instance, if you're running PowerPoint for Windows through Parallels, you can use the TouchBar to do things like bold or italicize the text on your slides. You can also customize functions based on which app you're using, just as you would on the Mac OS interface.

During our demo of the feature here at IFA 2017, using the TouchBar with apps like Internet Explorer, Excel and Powerpoint was smooth (read: There was barely any lag between prompting commands). That said, the images displayed on the OLED strip, specifically the icons for the apps we were using, looked sort of blurry and low-res. Still, we'll take functionality over aesthetics any day, even if it is nice to combine the two. Aside from TouchBar support, Parallels for Desktop 13 brings a picture-in-picture mode, a light theme and an installation assistant that will help you get Windows going on your Mac within minutes.

A representative for Parallels tells Engadget that it will make more applications work with the TouchBar in the near future, though it's unclear how it will pick and choose which exactly. As for the apps that don't have full support, the strip will show traditional function buttons on the TouchBar. Those of you with a compatible MacBook Pro can get a new Parallels Desktop 13 license for $80, while anyone with coming from version 11 or 12 can upgrade for $50. In this article: apple, excel, gear, ifa, ifa2017, microsoft, microsoftoffice, parallels, parallels13, parallelsdesktop, parallelsdesktop13, personal computing, personalcomputing, powerpoint, retinadisplay, services, touchbar, windows, windows10, word
All products recommended by Engadget are selected by our editorial team, independent of our parent company. Some of our stories include affiliate links. If you buy something through one of these links, we may earn an affiliate commission.