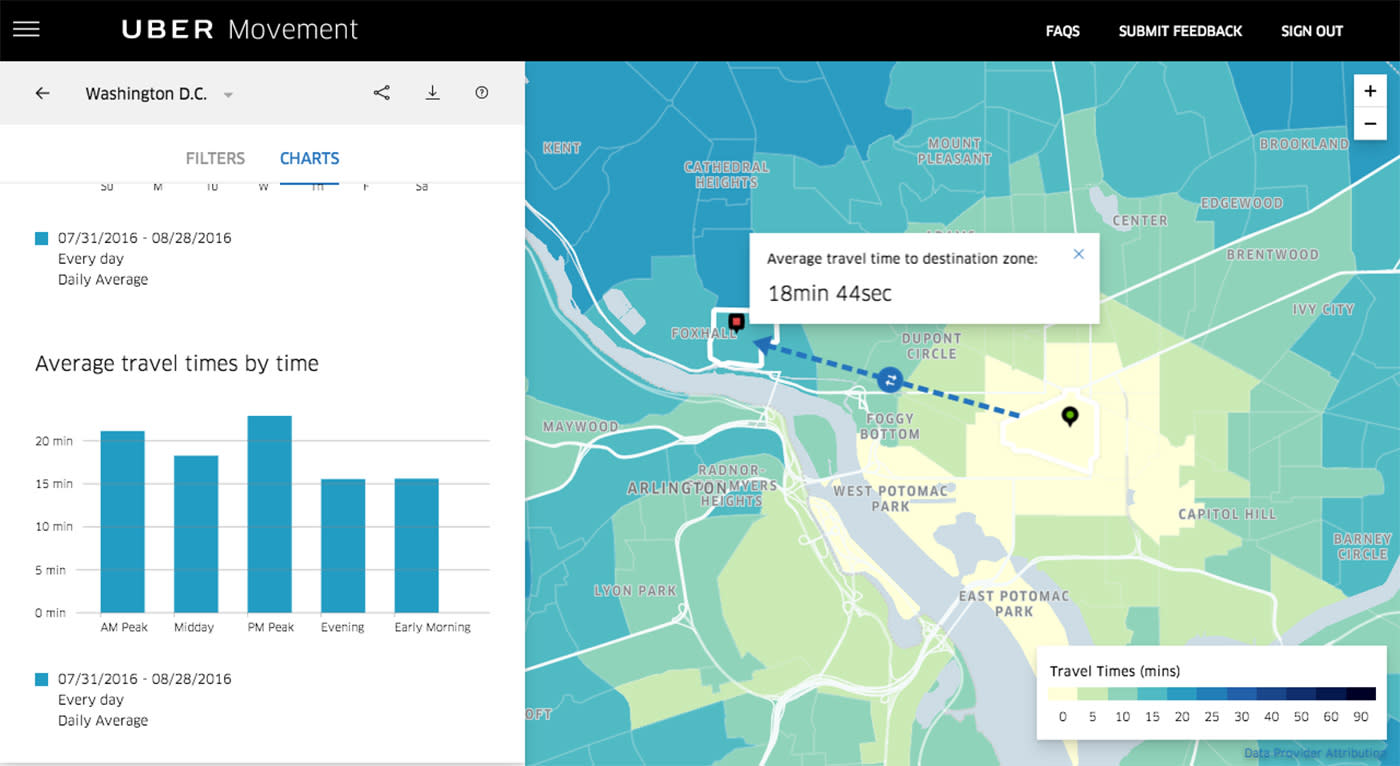 Back in January, Uber announced that it's giving urban planners access to a website with traffic data of their cities. Now that website is out of beta, and anybody can access it anytime. The Uber Movement website can show you how long it takes to get from one part of a city to another based on the day of the week and the time of day. People like you and me can consult it for realistic travel times, since its data came from actual Uber trips. However, its real purpose is to help city officials and planners figure out how to improve their transit systems.

Despite its good intentions and the anonymized data, the project wasn't met with the warm reception Uber expected. The company has a pretty bad track record when it comes to privacy, after all. If you'll recall, the New York Attorney General's office discovered a few years ago that Uber's corporate employees could track passengers' rides and logs of their trips through the "God View" app. Uber had to purge riders' identifiable info from its system and limit the app's access to settle the probe. More recently, the ride-hailing firm had to change an app setting that tracked customers five minutes after their rides end after pressure from privacy groups.

At this point in time, Uber Movement only has data on Boston, Washington DC, Manila and Sydney. If it doesn't want to put the project in jeopardy -- because it will add more cities in the future -- it has to be very, very careful with the data it collects.

In this article: gear, internet, traffic, trafficdata, transportation, uber, ubermovement, website
All products recommended by Engadget are selected by our editorial team, independent of our parent company. Some of our stories include affiliate links. If you buy something through one of these links, we may earn an affiliate commission.