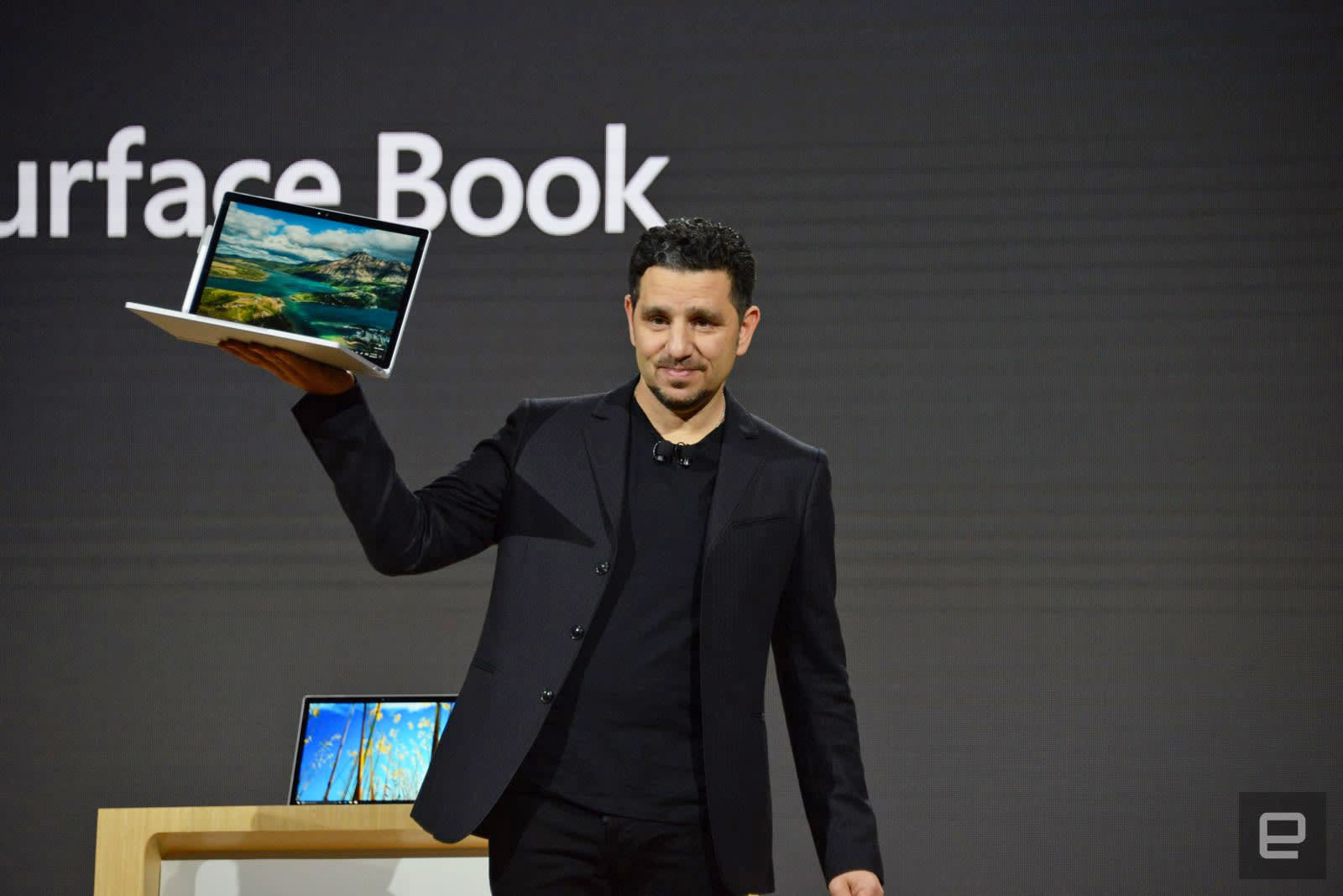 Microsoft might not be done introducing new Surface hardware this year just because the Surface Laptop and Surface Pro are on store shelves. The company has confirmed that devices executive Panos Panay will be presenting at the company's two-day Future Decoded event (starting October 31st -- yes, Halloween), hinting that he'll introduce new hardware. A source speaking to The Verge supports this with word that there will be "at least one" new piece of hardware at the event, so it seems like Microsoft's habit of introducing new Surface machines in October will remain intact. As it stands, there are a few systems that could stand to get upgrades.

The most obvious candidate is the Surface Book. Microsoft introduced the current base model back in 2015, and the 2016 refresh ultimately amounted to a high-spec option rather than a true replacement. Provided the Surface Book line carries forward, it's due for new processors (8th-generation Core seems likely), new graphics and other tweaks that you'd expect after two years.

There are other possibilities. That promised LTE Surface Pro has yet to materialize, and the Surface Studio all-in-one is nearly a year old (with graphics that were outdated when the system was new, we'd add). The Surface Hub is long in the tooth, and there's always the chance that Microsoft will unveil a new form factor just to keep people on their toes. In short: while there are a few front runners for hardware updates, it's hard to completely rule out surprises.

In this article: computer, gear, laptop, microsoft, panospanay, pc, personal computing, personalcomputing, surface, surfacebook, surfacepro, surfacestudio, tablet, windows, windows10
All products recommended by Engadget are selected by our editorial team, independent of our parent company. Some of our stories include affiliate links. If you buy something through one of these links, we may earn an affiliate commission.