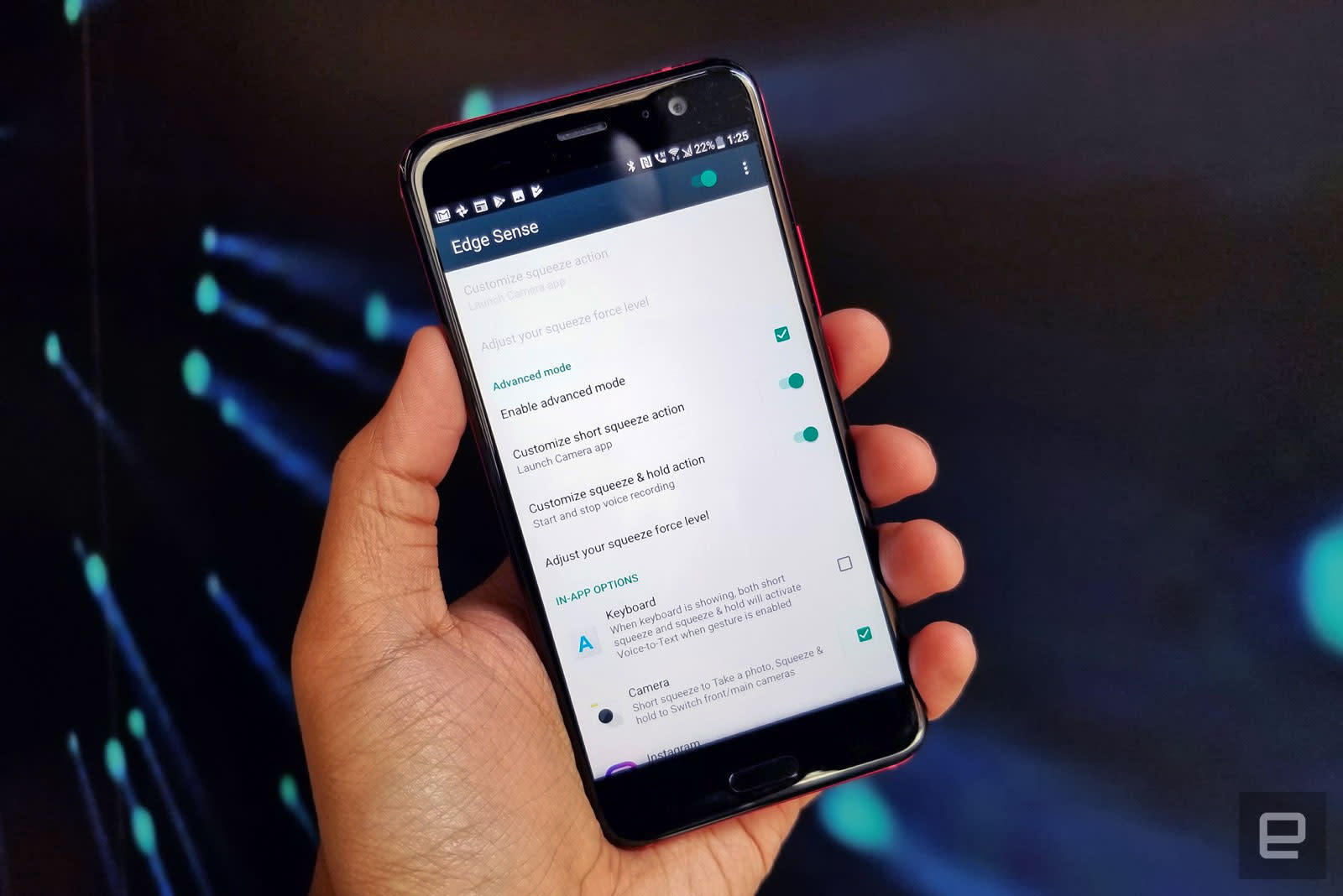 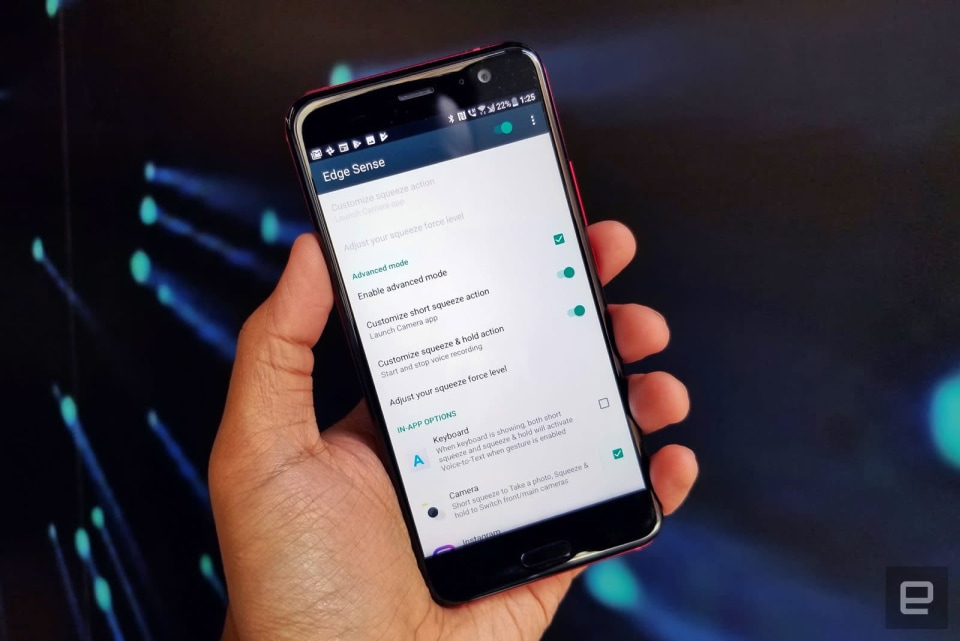 One of my biggest gripes about HTC's U11 is that its Edge Sense gimmick -- which lets you squeeze the phone to activate shortcuts -- didn't actually let you do very much. Well, that's about to change. The company is going to push a software update tonight that adds new default actions for Edge Sense and (more importantly) the ability to create your own shortcuts for any app installed on your phone.

The new default actions are pretty straightforward -- squeezing the phone while in Google Maps or Google Photos, for instance, zooms into or out of whatever you're looking at. We knew this was coming thanks to some teasing by HTC, but it all works well enough. Beyond that, you can also squeeze to snap a picture while using Instagram, or fire up the ol' text-to-speech engine when the keyboard is on-screen.

Really though, the best part of this update is whipping up your own shortcuts on the fly. Let's say you're like me and prefer to use Astro, or Outlook, or whatever other email client over the Gmail app. To set up a shortcut, you hit a red button and choose a point on the screen that'll be virtually tapped or or double-tapped when you squeeze the phone. In my case, the first thing I did was to set the feature to simulate a tap on Astro's 'Compose' button. Voila: I'm now only a squeeze away from banging out an email I probably didn't want to write in the first place. More immediately helpful was a shortcut I made to un-pause podcasts in Pocket Casts, saving me the trouble of stretching my thumb across the screen and hitting a button.

That's really all we're talking about here: you're not radically redefining the way you use the phone, you're just saving yourself a few taps. Sadly, there's a limit to how complex these shortcuts can be: you can define more than one action for a squeeze in a specific app, but only one shortcut per app can be active at a time. There's no way to stack multiple actions into a more complex sequence, either, but if you have Edge Sense's Advanced mode enabled, you can at least set another shortcut for a squeeze-and-hold.

Still, considering this feature is still technically in beta, I'm impressed. While that might not be enough for power users who want to string together their own squeeze-macros, HTC's approach and execution offer some hope that Edge Sense could become a truly indispensable feature over time. I just hope we don't have to wait as long for new updates as we did for this first one.

In this article: android, edgesense, gear, hands-on, htc, mobile, smartphone, squeeze, u11
All products recommended by Engadget are selected by our editorial team, independent of our parent company. Some of our stories include affiliate links. If you buy something through one of these links, we may earn an affiliate commission.