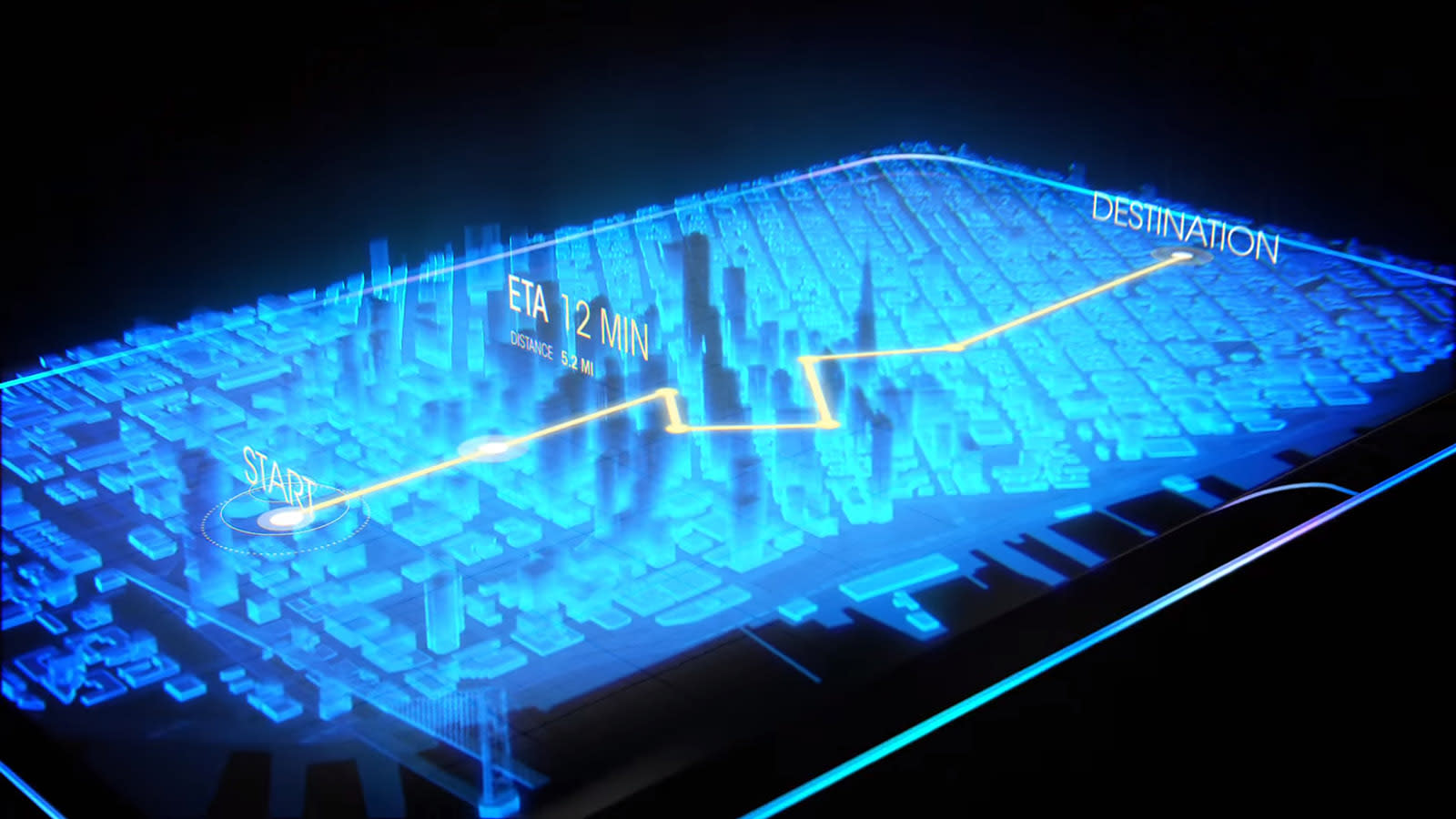 When RED Camera first announced its crazy $1,200 Hydrogen smartphone with a "holographic display," a lot of folks wondered how that would actually work. Now, CEO Jim Jannard has revealed that RED is creating the screen in partnership with a company called Leia Inc. (yes, like that Leia). A spin-off from Hewlett-Packard labs, it calls itself "the leading provider of light field holographic display solutions for mobile," and the key words "light field" gives us a pretty good idea as to how it works

Light field displays use multiple layers of LCDs with a "directional backlight," letting you see two different views of the same object with each eye, producing a 3D effect. In practice, when you rotate a display, objects like buildings would appear to project from the screen, as shown in the video below. The effect shows a lot of promise for virtual and augmented reality headsets, but for external displays, viewing angles have been limited so far.

Leia says it "leverages recent breakthroughs in nano-photonic design and manufacturing to provide a complete lightfield 'holographic' display solution for mobile devices." It says the tech can create a holograph-like effect, "while preserving the normal operation of the display." In other words, if you turn off the 4D part, it'll work like a regular smartphone screen. RED hasn't showed the tech to many folks yet, but MKBHD's Marcus Brownlee did see it, and said he was "pretty impressed," adding that it wasn't perfect because of issues like light bleeding and stuttering for 4D gaming.

To produce content for the screen in the form of .h4v files, Jannard has told Redusers that "you can generate .h4v (holographic 4-View) by shooting 4 cameras (we are building solutions from consumer to professional), or by converting 3D to .h4v (very easy), or converting 2D to 3D (very hard) and then to .h4v."

RED has formed a "strategic partnership" with Leia and made an unnamed investment in the company, and Jannard will join its board of directors. It says the smartphone will arrive in the first half of 2018, and functional prototypes are supposed to be ready in the coming months.

In this article: cameras, Display, Holographic, Hydrogen, mobile, RED, Smartphone, video
All products recommended by Engadget are selected by our editorial team, independent of our parent company. Some of our stories include affiliate links. If you buy something through one of these links, we may earn an affiliate commission.