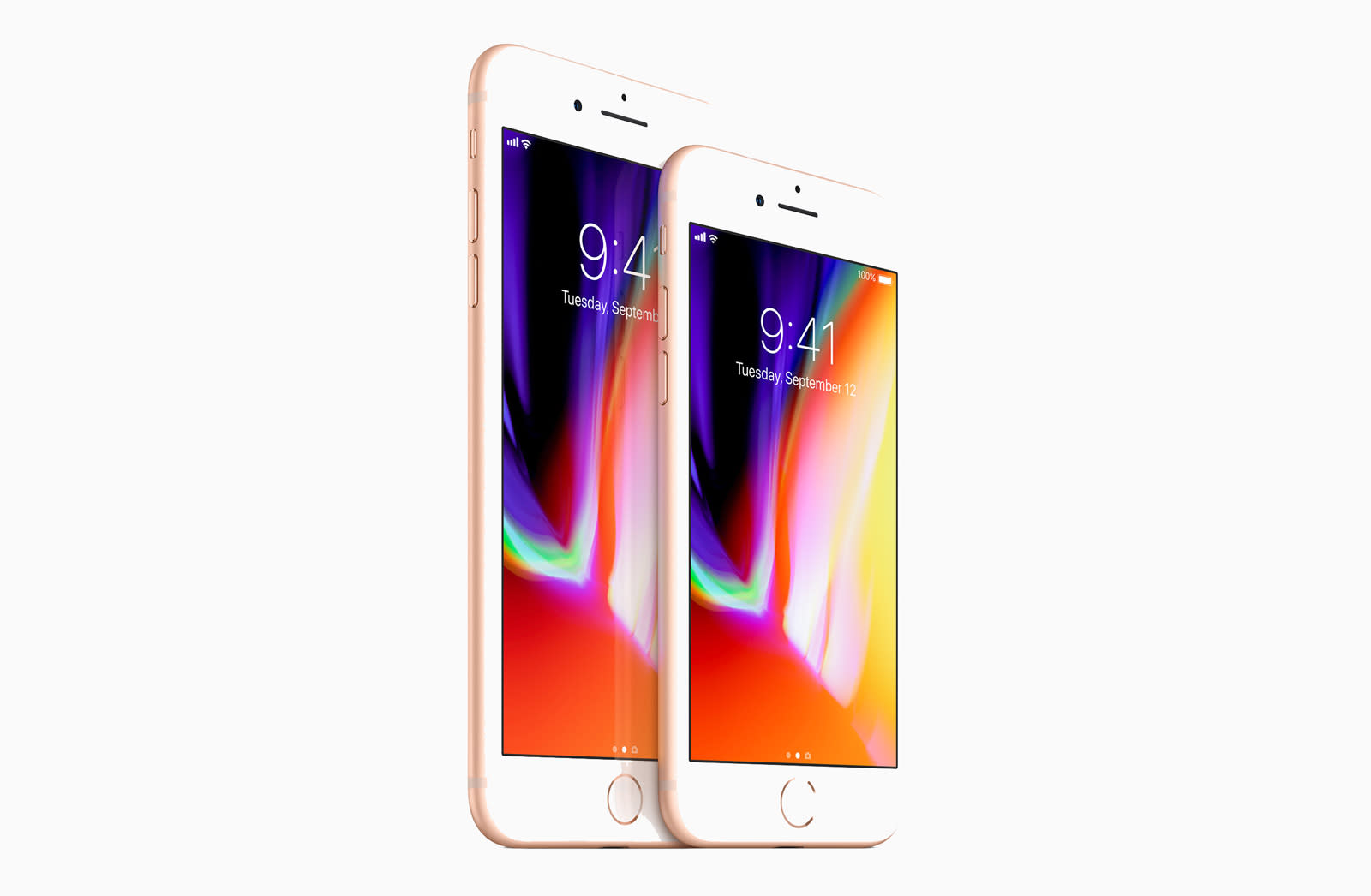 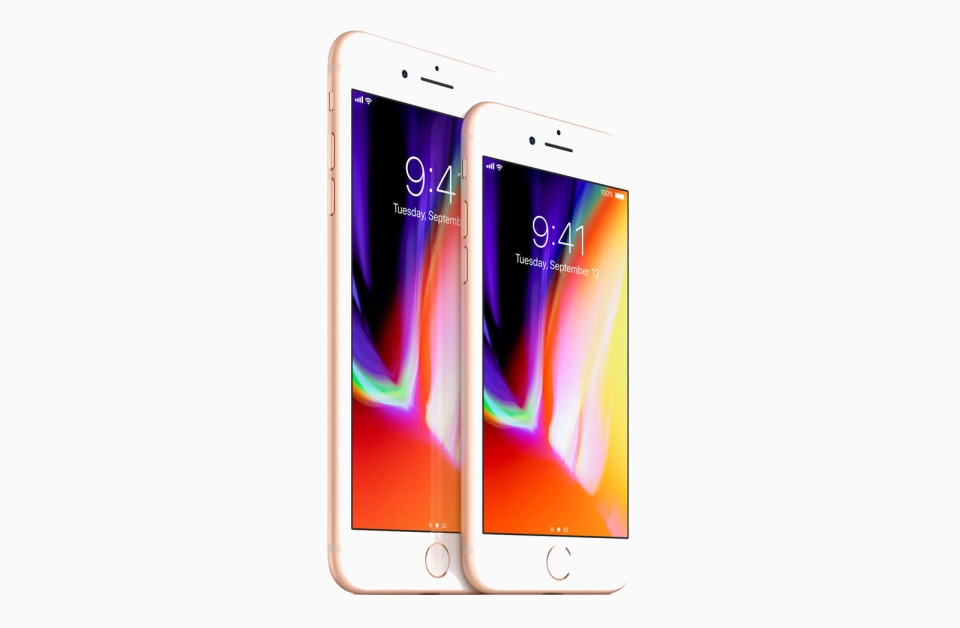 Today, Apple is likely to announce more phones than it has at any event in its history. The iPhone 8 and 8 Plus are two major parts of today's showcase, and after all those tantalizing leaks, we finally get to hear all about them. You won't have to wait much longer to handle one either: Both iPhone 8 models, which mark a return to glass-backed design, with a powerful-sounding new processor inside, will go on preorder September 15th, with a launch date of September 22nd. For the bigger handset, you'll get to pick storage configs with 64, 128 and 256GB options with prices start at $799, while iPhone 8 shoppers will get 64GB and 256GB options, with an entry-level price of $699. And yes, all three colors (silver, space gray and gold aluminum) will be coming to both phones. Let's take a look. Let's be frank: the design hasn't changed hugely. While this is the iPhone 8, in a lot of ways it's the iPhone 7S in all but name. There are some physical changes, and the major one is the return to a glass-backed phone design. Beyond aesthetics, there's a major point to this: wireless charging. Apple has embedded Qi inductive wireless charging, which means that both phones will charge on compatible pucks and surfaces when they launch. The good part? Qi charging surfaces are already on sale pretty much everywhere. Even Ikea does them.

Apple claims that the new glass backing is the hardiest glass ever found on a smartphone, while it's also used aerospace-grade aluminum with the iPhone 8, for 50 percent more strength compared with previous devices. (Challenge accepted, right?)

Similar to (but much more complicated than) how iPhones adjust their color temperature in Night Shift, True Tone will try to ensure that your screen's color temperature looks accurate irrespective of whether you're looking at it under a streetlight, sunlight or, well, candlelight.

Inside, Apple has added its latest, most powerful processor: the A11 Bionic. It's a six-core CPU, which includes two high-performance cores, both of which are 25 percent faster than the A10 found in the last iPhone models. Heck, even the four high-efficiency cores are 70 percent faster than the A10. This is also the first phone to house Apple's first-ever GPU. Technical specs inch forward elsewhere too, with the stereo speakers now adding 25 percent more shout to your music and/or Siri responses.

How about the cameras? The iPhone 8 has a 12-megapixel camera -- it's a new sensor with a new color filter, which Apple's Phil Schiller says will capture "deeper pixels" (I don't know either...), and the redesigned camera itself will also take in 83 percent more light. Fear not: optical image stabilization is still here, to keep your shots sharp, and at least half decent in low light.

Meanwhile, the iPhone 8 Plus, with its dual camera, gets a duo of 12-megapixel sensors. Notably, the wide-angle lens has a f/1.8 aperture (with optical image stabilization), while the telephoto one now has f/2.8. Lower numbers are good here, and it means more light taken in by the lens to improve the photos you take.

What would a new iPhone be without a fancy new camera mode? Portrait Lighting, still in beta at the moment, will separate your portrait from the foreground, analyze the lighting and add a different effect as wanted. The effect will be generated on the fly -- it's not a filter, and it is generated by the iPhone itself.(Don't worry, you'll also be able to tweak these later, after taking a shot.)

Apple also added its own image signal processor, to allow for wider color capture, faster low-light autofocus and better HDR shots. It's also upgraded its True Tone flash with a slow sync to help uniformly light up both the background and foreground of your next karaoke dinner party.

Video gets some love too: faster frame rates for both iPhones, as well as image and motion analysis. Cameras are now calibrated to make the most of augmented reality, while there are also new gyros and accelerometers working away inside the phone. The iPhone 8 series will also have motion tracking built into the camera, meaning the phone will help to ensure you're capturing smoother footage. Those higher frame rates apparently top out at 240 fps at 1080p, meaning crisp (if not 4K) slow-mo options.

The two phones will get a head start on the (more expensive) iPhone X, but now the thinking begins: Why go for model no. 8, when no. 10 is right there?

In this article: announce, apple, breaking news, gear, ios, ios11, iphone, iphone8, iphone8event, iphone8plus, mobile, releasedate
All products recommended by Engadget are selected by our editorial team, independent of our parent company. Some of our stories include affiliate links. If you buy something through one of these links, we may earn an affiliate commission.