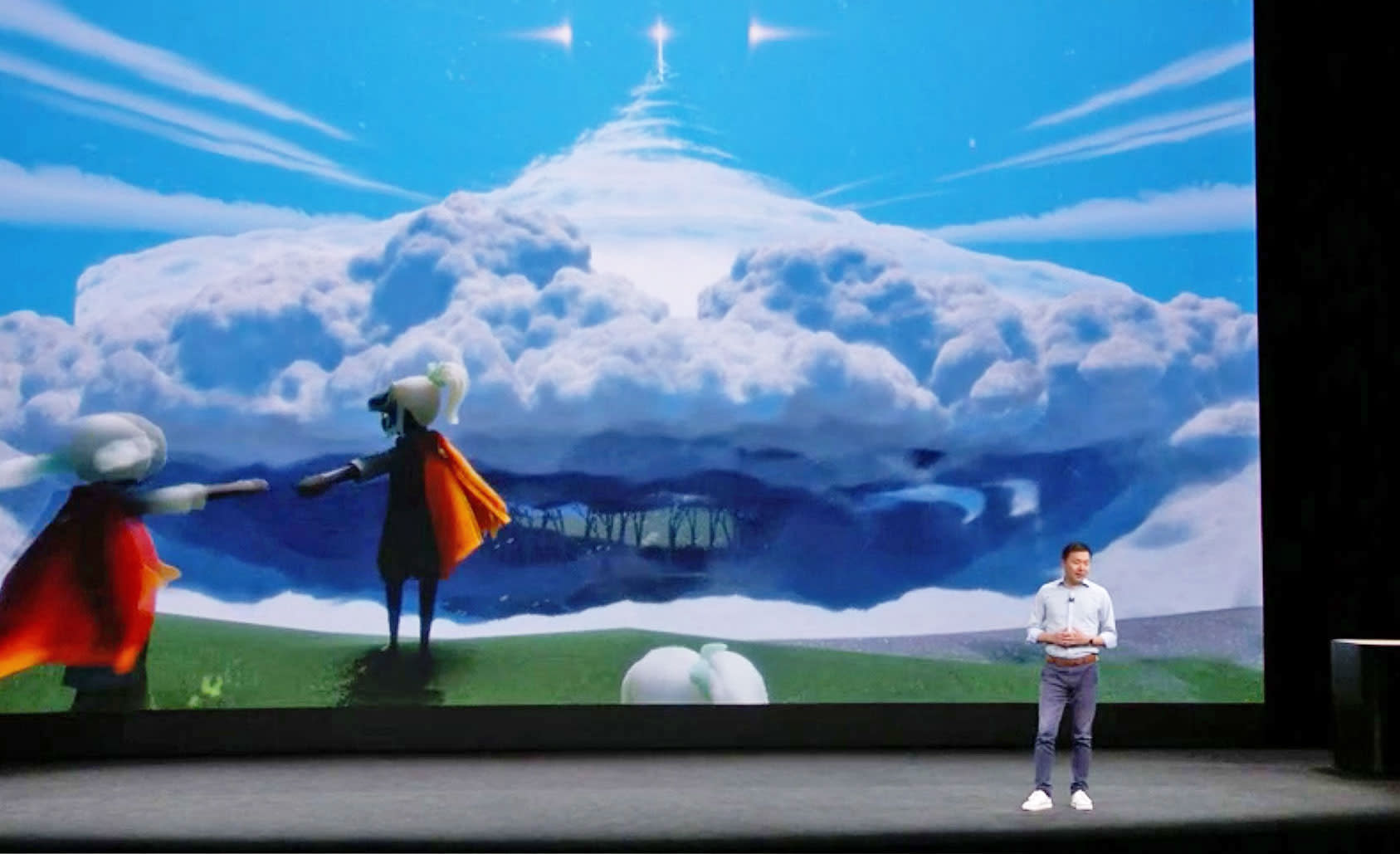 The game's simplistic, elemental play looks a lot like Chen's studio's previous hits Flow, Flower and Journey, the last of which was released in 2012 to great acclaim. It's been five years since, which makes it even more curious for the studio to choose Apple TV as a platform for its next big release, which isn't really known for gaming. But as Chen wrote on the studio's blog, Sky is "a game specially created to be played, and shared, among loved ones and family. If you can imagine the delight of visiting a theme park where lasting memories are made, we envision Sky will sometimes feel like that."

By that logic, a family entertainment center like the Apple TV is pretty suitable for Thatgamecompany's particular flavor of simple, heartfelt narratives -- not to mention the iPhone and iPad. But here's Chen explaining the game's development:

Sky doesn't have a release date yet, but it will be "coming soon" for iPhone, iPad and Apple TV.

In this article: apple, appletv, av, gaming, indie, iphone8event, jenovachen, mobile, sky, thatgamecompany
All products recommended by Engadget are selected by our editorial team, independent of our parent company. Some of our stories include affiliate links. If you buy something through one of these links, we may earn an affiliate commission.